As the confirmed cases quickly mount into the hundreds, doctors complain of lack of resources. 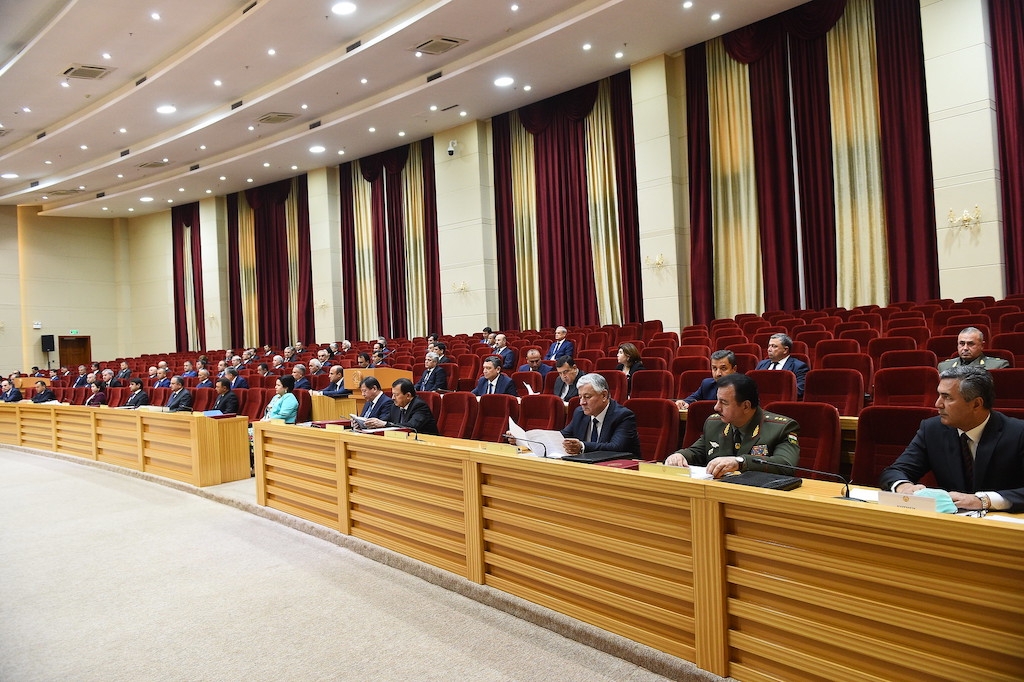 Tajikistan has in the space of a few days gone from having no coronavirus to acknowledging at least 230 cases as of May 4.

The considerable volumes of international aid supplied for an outbreak that has likely long been covered up by the authorities have not, however, reached many of the country’s now overwhelmed and under-resourced frontline health workers.

Suspicion is lingering that even as the government has finally admitted to the crisis, it may now turn to trying to minimize its scale.

Doctors contacted by Eurasianet have said they are having to buy their own protective gowns or receive them as donations from grassroots fundraising groups. Money raised by volunteers has also gone toward providing doctors with hot meals twice daily.

“I have reusable protective overalls which do not let in air. The protective goggles I was given by a colleague. He bought them in a sports store – they are actually for swimming,” one doctor told Eurasianet on condition of anonymity, as he is not permitted to speak to the press. “The protective mask I was given, it is reusable. I have to clean and disinfect it. In the hospital, we are given gloves and antiseptic.”

Because there are not enough protective gowns to go around, they have to be sprinkled with antiseptic liquid, the doctor said. But the disinfectant too is in short supply.

President Emomali Rahmon pledged on May 1 to double salaries for health workers over a three-month period. That means nurses earning around $45 per month will take home $90 if they are involved in the front-line battle against COVID-19. Doctors, meanwhile, typically make about $120 per month.

It is unclear whether any compensation is envisioned for health workers who fall sick or even die with COVID-19.

Rahmon has said he was going to volunteer one month’s salary to the anti-coronavirus war chest. The exact size of his official salary is unknown.

Dozens of millions of dollars have come from the international community to help Tajikistan overcome the crisis. The European Union alone has provided at least 52.2 million euros ($57 million) for short- and long-term COVID-19 support to be provided through partners like the World Health Organization, UNICEF, and German development agency GIZ.

Millions of dollars’ worth of other emergency support has come, in either money, logistical guidance or in-kind aid, such as PPE, thermometers and even food, from the World Bank, the United States, China, Russia, Kazakhstan, Uzbekistan, Switzerland, and the Asian Development Bank.

The Health Ministry has said it has 100 ventilators of its own, another 10 have been supplied by the WHO and the government says it has bought another 27 units from Germany.

There are many accounts from all over the country, however, of people being turned away from hospitals despite complaining of pain in their lungs. Many treatment facilities are refusing to admit new patients and insisting instead on performing home appointments.

It has become clear at this point that Tajikistan lost precious weeks in which it not only failed to implement any social distancing requirements for its citizens, but on the contrary had pushed ahead with the kinds of mass public events explicitly advised against by the WHO country director in a letter to President Rahmon.

The Dushanbe-based doctor who spoke to Eurasianet on condition of anonymity said his hospital was already admitting patients as early as around March 18 showing signs seemingly consistent with COVID-19. He told Eurasianet that he was instructed by the head doctor at his clinic to cure the patient but not to allow information about the person’s complaints to filter out.

“The head doctor kept saying that the State Committee for National Security was keeping an eye on us and that we needed to keep the situation under control at least until after political developments had passed,” he said.

This was a reference to what occurred on April 17, when President Rahmon’s son, the mayor of Dushanbe, Rustam Emomali, was appointed chairman of the upper house of parliament, in effect enshrining him as a likely successor to the presidency.