Police are enforcing an unwritten moral code that applies only to women. 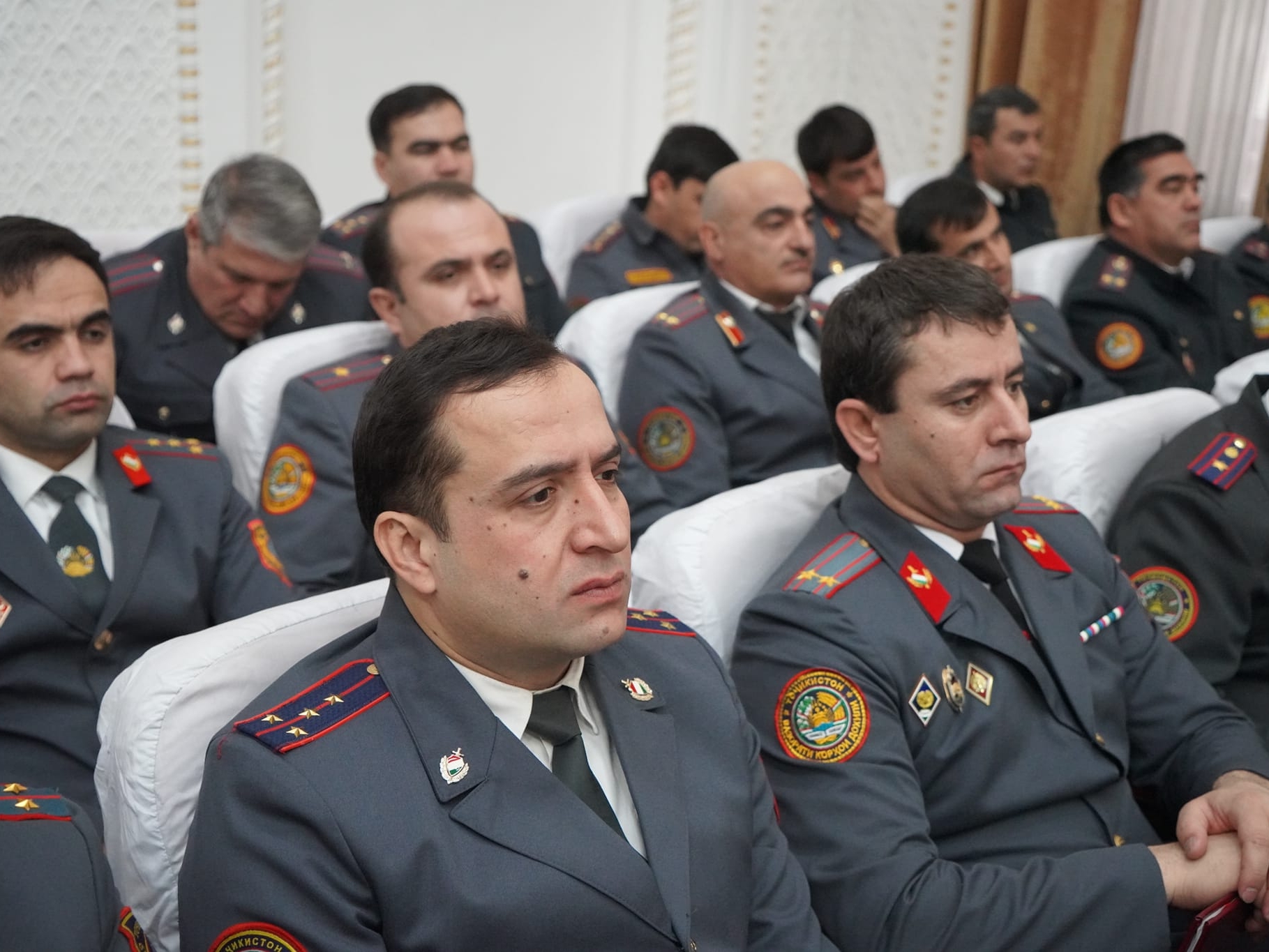 Public shaming is an ever-reliable weapon in Tajikistan’s toolkit for silencing expressions of discontent.

This treatment is not only reserved for dissidents. Ordinary citizens sharing details of their lives or casually talking about their impressions online must be on their guard too.

The latest to feel the icy hand of state censors are female social media users.

On November 25, the Interior Ministry published a statement on its Facebook page to reveal that a young woman called Fotima Kurbonova had been sentenced to 10 days in jail for disseminating video footage including “obscene” content.

The offending footage was filmed some time in November and has since been deleted on Instagram, although it has been uploaded by other users elsewhere. As in many of Kurbonova’s videos posted on Instagram, the chatter is impromptu and unstructured.

On that day, it happened to be particularly cold in the unspecified location where Kurbonova was filming. And so, she remarked in passing that it was chilly enough “to freeze off your balls.”

It can only be surmised that this is what reddened the cheeks of the Tajik police since they are being cagey as to what exactly Kurbonova did wrong. All they have said is that Kurbonova filmed and distributed videos of an indecent nature and used obscene language not in keeping with traditional Tajik mores.

“We ask citizens, in particular bloggers, to refrain from spreading offensive words online,” the Interior Ministry said in its statement.

The term “blogger” is typically used in Tajikistan and elsewhere in the region to describe social media users with a public profile of note. Some are equivalent to citizen journalists, but most, especially in the constrained conditions of Tajikistan, typically confine themselves to posting on trivial and nonpolitical matters.

The warning leveled at Kurbonova and her peers creates a perplexing predicament for female social media users in Tajikistan – men are never singled out for moralistic criticism in this vein – since the Interior Ministry has issued no guidance on what constitutes indecent conduct or language. The closest the authorities have come to laying down the law on such matters was five years ago, when the government’s Women and Family Affairs Commission published a visual guide instructing women on what clothes were suitable to wear in public.

In fact, Kurbonova’s transgressions, as the police perceived them, may have extended beyond any specific throwaway remark. In her dress, appearance, and overall demeanor, Kurbonova appears to have offended the prim sensibilities of both the authorities and the broader conservative population.

Comments underneath the Interior Ministry statement on Kurbonova’s arrest are strongly supportive of the actions of the police.

“Ten days was not enough. You should have given her a broom to sweep the same streets where she was filming for a whole month. Or make her clean a toilet, so that then she might realize she needs to wash out her mouth too!” Facebook user Mijgona Halimova wrote in a comment.

In the wake of the clamor over Kurbonova, social media users began directing police to adopt measures against other people deemed to have expressed themselves improperly. Shortly thereafter, a handful of women filmed and uploaded videos of themselves apologizing to camera for failing to comply with moral norms.

One of these was Rafoat Jamshed, who has 350,000 followers on Instagram. Jamshed recalled how, when she was younger, she made videos in which she used swear words. Having realized the errors of her ways, she would now delete the material, Jamshed said.

“I am a woman, a Tajik woman. Obscene words have nothing to do with the culture of the Tajik woman. I apologize for my words or for any videos that offended you. In future, I will try to perform at weddings in [traditional] Tajik dresses of the kind fitting for every Tajik woman,” she says in the apology video.

Elsewhere in the same footage, Jamshed makes it evident that she was performing the mea culpa at the instigation of the police, whom she thanks for putting her “on the right path.”

“We have to understand that the younger generation is always following what we do,” she says.

Another Instagrammer, Jonon Ashurova, who has 216,000 followers, issued a similar plea for forgiveness for purportedly dressing inappropriately.

“As a blogger, I back the words of my compatriots, and I promise that I will no longer post videos [in which I am wearing] revealing clothes that do not correspond to our values,” Ashurova says in her video apology.

Whenever these kinds of videos are posted online, they invariably incur fresh waves of opprobrium, usually from men.

Comments of a sexually aggressive nature are not atypical. One Facebook user called Anvarjon Yunusov called for female social media celebrities he deems not to meet his standards of decency to be dispatched to a military garrison “so that they can get their fill of men.”

The paradox of this officially sanctioned moral panic is that it goes a long way toward contradicting the government’s unspoken strictures on women avoiding dress that could be deemed as excessively Islamic. Women wearing hijabs are informally prohibited from entering government buildings, for example. Only very few would dare to do anything as pious as wear a veil covering the face – and they do so in the knowledge that it could likely incur police harassment.

Nisso Rasulova, a rights activist, condemned what she describes as the scourge of hypocrisy in Tajik society.

“The apologies of the bloggers are to reassure a public that has gone from relishing what those young women do to lynching them,” Rasulova told Eurasianet. “But let's not only focus on them. Let’s also punish those people who write sexually suggestive comments, let’s punish those who swear … Why is it only these women who are responsible for spreading things online?”

Another activist, Firuza Mirzoyeva, who is also a trained psychologist, targeted her frustration at the police themselves.

“The story around female bloggers is a very sad story, because it is in fact the law enforcement agencies that are carrying out this persecution,” Mirzoyeva said. “With their posts, [the Interior Ministry] is provoking people into flinging around negative and hateful comments and egging the public into pillorying other members of the public.”