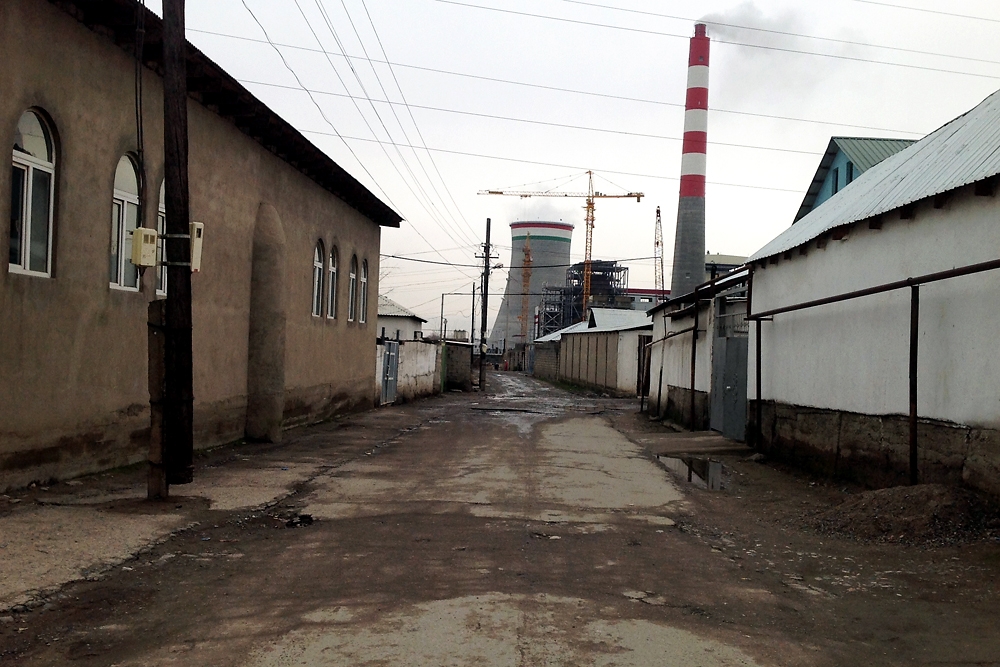 When Bibiradja Ochildieva, a resident of Tajikistan’s capital Dushanbe, stepped into her backyard to collect her laundry one day recently, she was horrified to find her family’s clothing covered in black soot. “It was like there had been a fire,” she recounts.

Ochildieva, 51, and many of her neighbors in Dushanbe’s central Botanicheskiy neighborhood recall feeling excited when they first heard in 2012 that authorities intended to construct a new heating and power plant in the area. The assumption back then was that the coal-fired plant would put an end to Tajikistan's systemic energy crisis; they never contemplated that in trying to solve one problem, officials might be creating another.

At the opening ceremony on January 10, President Imomali Rakhmon assured that the plant, officially called Heating Power Plant Dushanbe-2, would operate in a clean and efficient manner, using the latest technologies and filters to reduce emissions by “99.8 percent.” In practice, however, the plant belches out a disconcertingly high amount of coal dust across the neighborhood.

“We had no idea about the consequences. They [the government] should have warned us,” Ochildieva told EurasiaNet.org, adding that she now has health concerns for her children and grandchildren. “No one ever asked for our permission; we were just told it would be constructed here.”

Few dispute the need for the plant. Tajikistan faces extended blackouts each winter and the state stopped providing heat to most homes during the civil war in the early 1990s. When it was initially announced, the new heating plant was widely hailed as a sign of progress, and, according to Rakhmon, it is expected to provide 40 percent of Dushanbe’s heating and electricity needs when a second unit is commissioned later this year. Another important fact is that it provides 200 jobs –a welcome development in a country where unemployment is rampant.

The vast amount of pollution generated by the plant quickly stoked anger among neighborhood residents, however. Complaints were so vigorous that just days after the plant began operating, officials halted operations for 24 hours to look into the emissions problem. When the facility started back up, the volume of pollution was reduced, but not enough to satisfy local residents. One, 48-year-old Dilbar Niyazova, says it is still producing so much soot that she feels a need to sweep her backyard several times a day. She added that she feels misled by authorities: “My trust in the government is fading," Niyazova said.

Exacerbating anger, officials now seem dismissive of residents’ ongoing concerns. Mahmad Safarov, director of the State Institute for Hydrometeorology, which is responsible for monitoring air pollution, told EurasiaNet.org that the problem was due to a “one-time release,” adding that current emission levels meet Tajik health standards. “There was some technological failure. It’s fixed now,” Safarov said.

Pollution concerns are heightened by the plant’s central location. It is situated less than a kilometer from the city’s Botanical Garden, which gives Ochildieva’s neighborhood its name. Timur Idrisov, a representative of Little Earth, an environmental watchdog in Dushanbe, said official reassurances can’t be trusted.

“The environment in Tajikistan is left to the mercy of the economy. Environmental impact assessments are carried out in a very strange way, usually, [after] an order to reach a positive conclusion," he told EurasiaNet.org. "I’d have them [the results] rechecked.”

Idrisov says he was “surprised” by the choice of location, so close to the Botanical Gardens. He also pointed out that the plant is the second coal-fired industrial asset in the neighborhood. In October 2013, authorities converted a nearby cement factory to run on coal because Uzbekistan had stopped selling its natural gas to Tajikistan.

Others say the plant should have been built on the city’s outskirts, not in the center. Some also expressed frustration with the public’s lack of ability to influence such policy decisions. “Who cares that we are harmed? Who cares what we think?” says Pulat Gulov, 60, a pensioner in Botanicheskiy. “We don’t know what future awaits us. But just because we don’t want it, the plant won’t be stopped.”