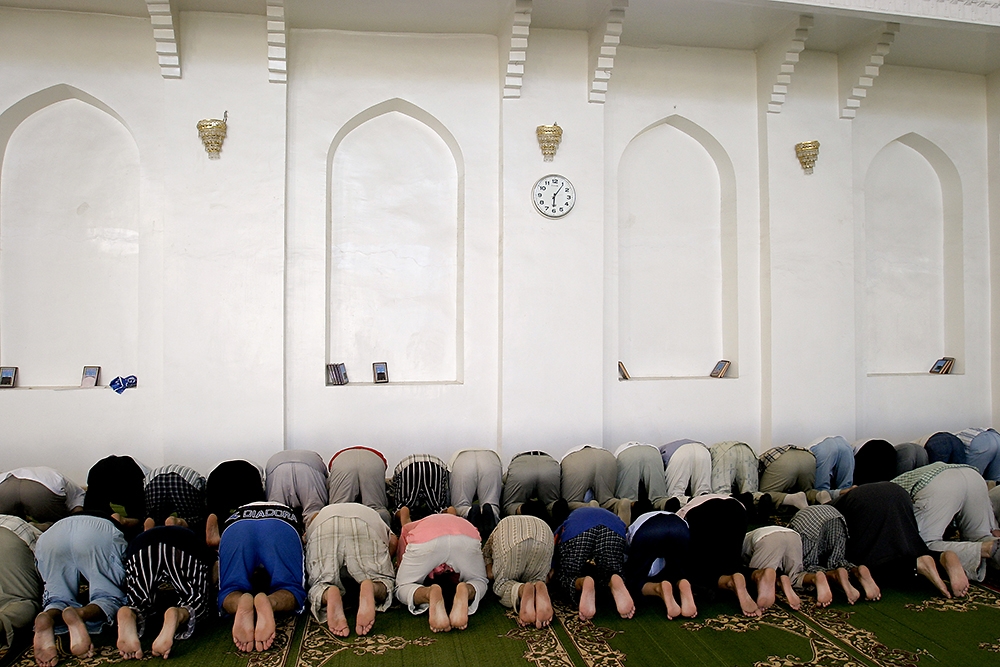 In authorities’ ongoing efforts to restrict private expressions of religious devotion in Tajikistan, the focus is turning toward small, unregulated places of prayer.

After the Soviet Union’s collapse in 1991 paved the way for the revival of Islam, hundreds of prayer rooms mushroomed in towns and cities across Tajikistan so that believers could perform their daily rites. In time, funerals and weddings also took place at these locations. The rooms were particularly popular with the elderly, who gathered not just to pray, but also to meet with friends over cups of tea.

Over the past year, authorities have been systematically demolishing prayer rooms, or handing them over to local entrepreneurs for conversion into shops or hairdressing salons. The decline of what are known in Tajik as Joi Jamiyati — literally “public places” — has been assured by a combination of secular and religious edicts.

In 2012, a fatwa proclaimed by the government-affiliated Council of Ulema decreed that only imams could lead congregations in prayer. That rule in effect cast a shadow of suspicion over unsanctioned religious activities performed away from the gaze of state officials. In government rhetoric, any manifestation of unsanctioned religious expression is tantamount to radicalism and is therefore potentially liable to become subject to prosecution under extremism legislation.

Usmon Soleh, press secretary for the ruling People’s Democratic Party of Tajikistan, told EurasiaNet.org that getting rid of the Joi Jamiyati will ultimately yield a cohesive effect. “The population is becoming segregated into local pockets. If we reduce the number [of Joi Jamiyati], people will start going to other mosques, get to know one another, and they won’t be segregated into their districts, streets and mahallahs (neighborhoods),” Soleh said.

Another argument advanced by Soleh was that the transformation of former prayer sites into small business would help create much-needed jobs.

The restrictions on where people can pray fits into a broad pattern of limitations for pious Muslims. Some rules are informal, like the ban on young men wearing beards and women wearing veils covering their face. (Footage recently posted online shows how police enforce the latter rule in the regions by rounding up women they deem to be improperly attired). Other prohibitions are official, such the rule denying people under 18 the right to attend Friday prayers at mosques.

Raids on mosques and prayer houses suspected of lacking proper paperwork have been taking place since 2009, but have intensified in the last year amid increasing anxiety about the presumed threat from radical Islamists.

Still, officials insist that Tajiks are not being denied opportunity to express their faith.

At a January 25 press conference, Interior Minister Ramazon Rahimzoda pointed out that Tajikistan has the largest number of mosques in Central Asia and that the region’s largest mosque is being built in Dushanbe. Funds for the project are being provided by the government of Qatar.

The state religious affairs committee, the body responsible for registering mosques, has said it does not have a precise number for how many prayer rooms have been closed or demolished, but stressed the point that only those without proper authorization have been targeted.

Committee spokesman Afshin Mukima said that 4,010 religious associations are registered in Tajikistan, and that there are 3,930 mosques. “All associations operate in line with the law and fulfill the religious requirements of the population. We cannot say how many Joi Jamiyati have been closed, because that is in the purview of local government,” Mukima said.

Rahimzoda has said, however, that some 900 out of an estimated 1,500 irregular prayer rooms and mosques have ceased to exist.

In some cases, larger mosques have ended up being targeted by the authorities, although for ostensibly different reasons.

In January, for example, a court in Dushanbe held hearings into a criminal case on the construction of a mosque by retired general and respected public figure Abdullo Habibov. The State Committee for National Security, the successor agency to the KGB, accused Habibov of unlawfully occupying land and building on it. They argued that while Habibov was allocated 1,500 square meters by the Dushanbe city government, he went on to misappropriate another 135 square meters.

Habibov said the area covered by the mosque did not exceed the original allocated amount, but that the layout was changed in line with the requirements of religious authorities. “Chief mufti Saidmukarram Abdulkodirzoda and officials from the religious affairs committee themselves came to calculate the orientation toward [Mecca]. As a result, the mosque was built to point in a different direction [from the original design]. So it did not go over 1,500 square meters, because it took up room from some plots but freed up other ones,” Habibov said.

Some suspect that Habibov may have been targeted for his outspoken criticism of the authorities, again suggesting that religious institutions can only be created and operated by completely trusted figures.

Work on Habibov’s mosque began in 2013 and continued until May 2015, during which time there were no complaints, the former general said. For now, the legal troubles seem to have abated with the Dushanbe court in January ruling that alleged violations committed during construction of the mosque could be waived under the retroactive application of a 2014 building amnesty.