Rahmon says an inclusive government bringing together all ethnicities should be formed. 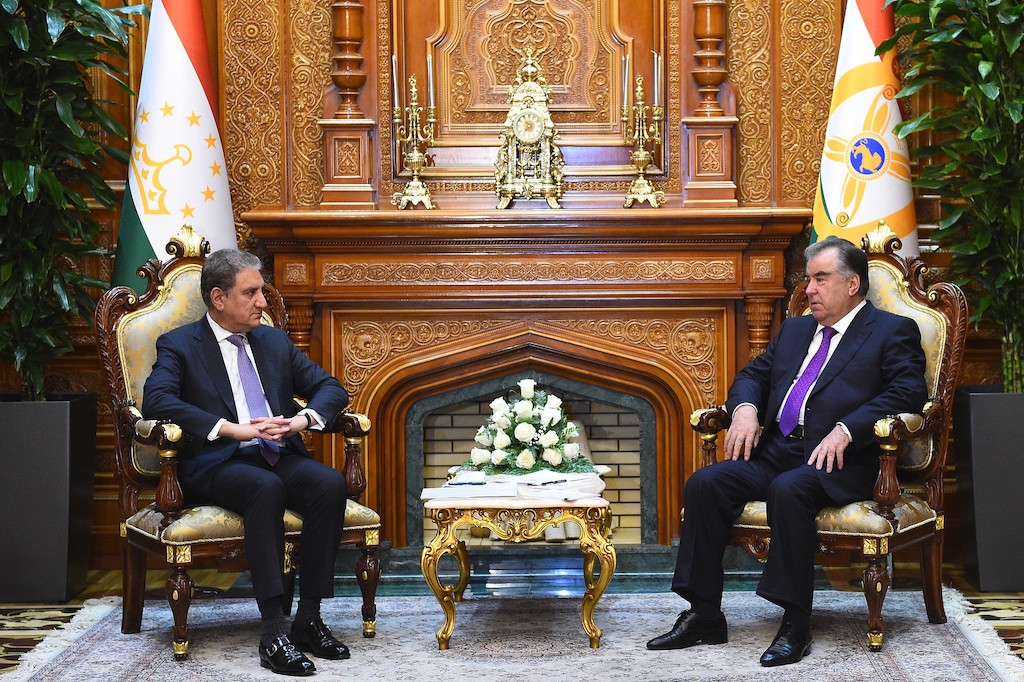 The president of Tajikistan has said that his government will not recognize the Taliban’s rule over Afghanistan unless the country’s ethnic Tajik minority is accorded a “worthy role” in the running of the country.

Emomali Rahmon made his remarks – his first public adoption of a position on recent events in Afghanistan – during an August 25 meeting with Pakistan’s Foreign Minister Shah Mahmood Qureshi.

The general tenor of the Tajik leader’s evaluations of the Taliban were largely negative and will have been greeted with some disappointment by Qureshi, who is this week touring all fellow Afghanistan-bordering nations – barring China – with the mission of pressing them to interact with the emergent government in Kabul.

Rahmon said his confidence in the Taliban has been undermined by the group’s abandonment of pledges to consider power-sharing with all political forces in Afghanistan.

In the interests of avoiding political and security crises, an inclusive government involving all ethnic minorities should be formed, Rahmon said. The president estimated the Tajik segment of the population as constituting 46 percent of the whole. International estimates tend to put the proportion closer to around one-quarter of the population.

The Tajik government’s position is that the government should be formed through elections and that a form of rule based on “cruelty and persecution” cannot be tolerated.

Afghanistan’s unrest has sparked something of a surge of ethno-patriotism among some quarters in Tajikistan. Facebook-based jingoists in the southern city of Kulob have, for example, declared that they were prepared to join the ranks of Tajik fighters holding out against the Taliban in Afghanistan’s Panjshir Valley. The last wave of such sentiments online was seen in late April, when Tajikistan and Kyrgyzstan came to deadly blows in a dispute over water resources.

A minor pro-government pocket party, the Democratic Party of Tajikistan, earlier this month likewise deployed the ethnic card by talking in a public appeal about how what was happening in Afghanistan was a “genocide of the Taliban carried out against non-Pashtun peoples.”

“This terrorist group has devastated Tajik lands, houses, cities and villages in recent years. Today, the brutal acts of terrorists have reached the level of genocide, especially in the Tajik-speaking regions,” the party said in a statement posted on its leader’s Facebook page.

Given the political realities of Tajikistan, it is unlikely that the party would have presumed to make the statement without some form of behind-the-scenes official endorsement, or even encouragement, although their position is considerably more vituperative than anything Dushanbe has ventured.

It had been alleged in some corners, although with nothing like any serious substantiation, that Tajikistan has even supplied weaponry to anti-Taliban forces in the Panjshir Valley.

The Foreign Ministry has forcefully denied this claim, however.