What makes Rahmon’s disappearance all very odd is that he is a particular devotee of the Nowruz spring equinox feast. 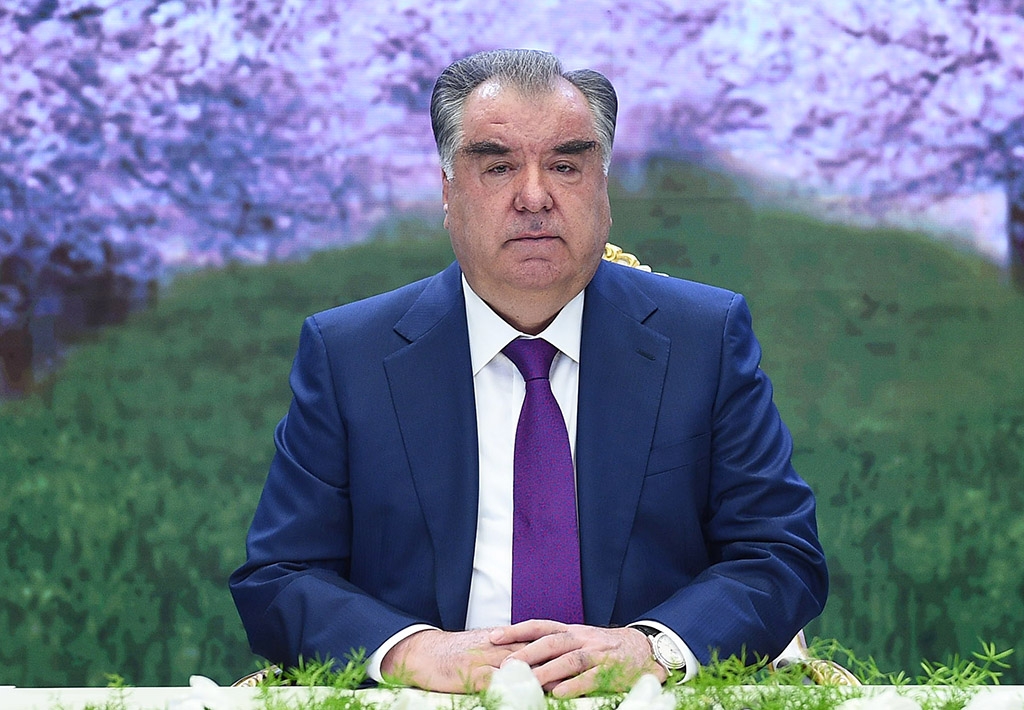 The last photo published on Rahmon’s Flickr page is dated March 19, though the image metadata says it was shot on March 12.

The president of Tajikistan appears to have taken an inordinately long leave of absence, and at a time of year when he is normally out and about in public.

If Emomali Rahmon, a 68-year-old not known especially for his love of healthy living, does not resurface soon, worries will mount.

Going by the presidential administration press service’s own photographic evidence, the last time that Rahmon was verifiably spotted in the presence of anybody not inside his own government was on March 5.

Since then, he is said by his office to have attended a meeting of security officials on March 10. Television footage and photographs of this event are not possible to verify independently, however. There is likewise some indication that Nowruz holiday greetings broadcast on March 19 were filmed at a much earlier date.

What makes this all very odd is that Rahmon is a particular devotee of the Nowruz spring equinox feast. He typically leans into the renewal symbolism of the holiday to ceremonially open new government offices, factories, schools or any number of other facilities. Revelry will usually culminate with giant firework displays attended by thousands of people.

Even 2020, the year when the COVID-19 pandemic broke out, was no exception. In late March, Tajik authorities were denying that they had recorded a single coronavirus case. Speaking to a packed stadium in the northern city of Khujand, Rahmon bragged at the time that Tajikistan’s tradition of hygiene made it immune to infectious diseases.

Fast-forward one year later and Rahmon was nowhere to be seen at Nowruz partying, even though his government has again claimed to have triumphed over COVID-19.

Last week, when Rahmon’s office was quizzed about where the president would be marking the March 20 holiday, they said he would be going to the southern city of Bokhtar to inspect preparations for events to mark Tajikistan’s 30th anniversary of independence. That does not appear to have transpired, however.

In the meantime, some day-to-day slack is being picked up Rahmon’s son and presumed heir, 33-year-old Rustam Emomali. In his capacity as chair of the Senate and mayor of the capital city, Dushanbe, Emomali has been receiving generous exposure on state media while meeting with foreign dignitaries and presiding over gatherings of officials. Emomali normally tags along with his father at these kinds of events, but he is now flying solo.

Rahmon’s office has not given up on him yet.

On March 22, it published a decree, said to have been signed by the president, ordering the start to a mass COVID-19 immunization drive.

And his spokespeople have also said he is due to meet a delegation of visiting Russian officials later in the week.

If he doesn’t show up, though, it will mean nothing good.