This scotches speculation his son was poised to take over. 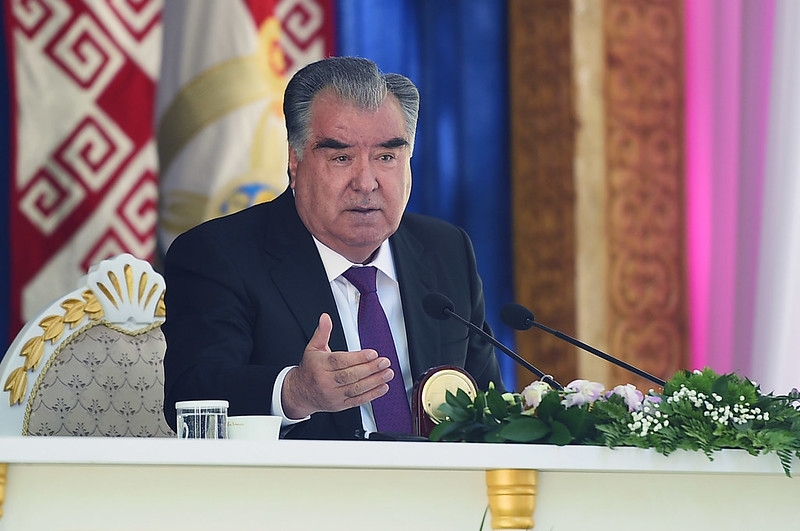 Tajikistan’s president has ended speculation that he might step down this year to allow his son to take power with an announcement that he is running in October’s election.

There had been lingering doubt until now whether Rahmon, 67, would seek another seven-year term or if he was going to hand the reins to his son, Rustam Emomali, who is chair of the Senate and the mayor of the capital city, Dushanbe.

The only intrigue now is by what margin Rahmon wins the October 11 vote, which will, like all previous elections in Tajikistan, be held under deeply uncompetitive conditions.

The doubt arose from changes made as a result of the 2016 constitutional referendum. One lowered the age threshold for candidate eligibility from 35 to 30 years. Emomali turned 32 in December. Another change granted Rahmon the right to run for office an indefinite number of times. He has already won presidential elections on four previous occasions, in 1994, 1999, 2006 and 2013.

Emomali has in recent years often taken to accompanying his father on official trips or to ceremonial events, but he has been notable for his absence in the last few weeks.

The date for the presidential election is several weeks earlier than the November 6 date which has traditionally been favored for the vote. Government sources have said that officials brought the date forward to avoid the possibility of it coinciding with another sharp spike of coronavirus infections.

The authorities claim to have brought Tajikistan’s COVID-19 outbreak under control – around 30-35 new infections are reported daily – but government figures are highly suspect.

There will be other candidates in the election, but their participation is only a token gesture to make the proceedings look more similar to an actual democratic contest. They currently comprise Rustam Latifzoda from the Agrarian Party, the Socialist Party’s Abdukhalim Gafforov, Saidjafar Usmonzoda of the Democratic Party of Tajikistan (not to be confused with Rahmon’s People's Democratic Party of Tajikistan), and the Party of Economic Reforms’s Rustam Rakhmatzoda.

The Social Democratic Party, an extremely weak and marginal but somewhat oppositional group, has declined to nominate a candidate, arguing that to do so would lend the ballot unearned legitimacy.

There have been no other real opposition parties since 2015, when the Supreme Court ruled to outlaw Islamic Renaissance Party of Tajikistan and condemned almost its entire leadership to lengthy prison sentences.