A son-in-law mainly known for ruthless business practices has been given a high state award. 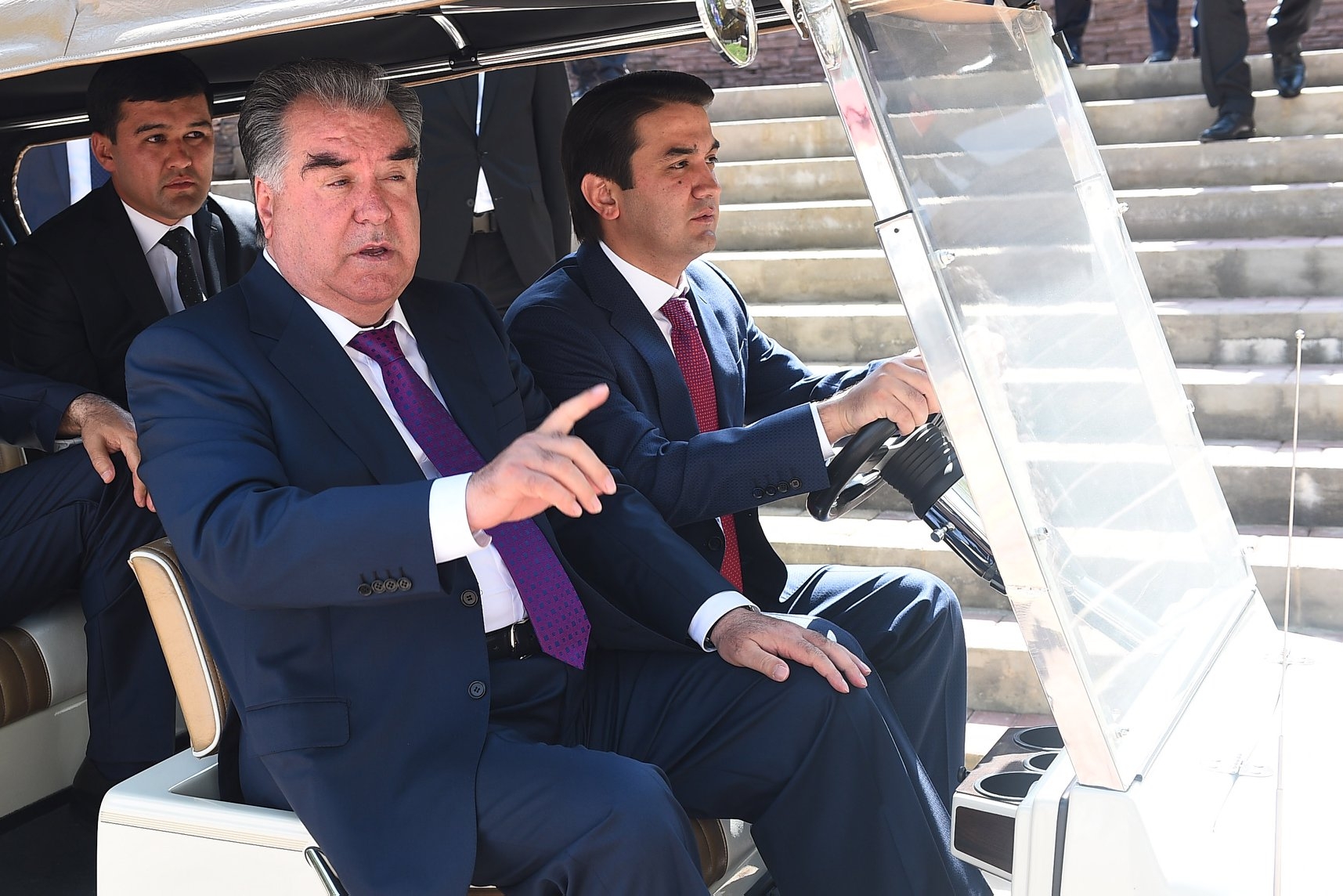 In the driver's seat: Rahmon with his son, Rustam Emomali, who was last September awarded the Order of the Golden Crown. (Photo: Presidential administration)

The president of Tajikistan bestowed one of the nation’s highest honors on one of his sons-in-law, but the authorities seem eager for the fact not to be publicized too widely.

As RFE/RL’s Tajik service, Radio Ozodi reported, President Emomali Rahmon on August 29 handed out awards to people found to have made a special contribution to the fields of science and culture, as well as to distinguished law enforcement officers.

Among the recipients there was also Shamsullo Sohibov, the husband of Rahmon’s daughter, Rukhshona. For what exactly Sohibov was receiving his award – the Order of Sharaf (Glory) – is not known.

The government is being bashful about the award. A photo showing Rahmon pinning the medal on Sohibov was initially posted online by the president’s press service, only to be removed shortly afterward.

Sohibov is a figure well-known and much feared by Tajikistan’s beleaguered non-government-related business community. His company, Faroz, has grown rapidly in recent years, typically at the expense of other entrepreneurs.

One notable victim of Sohibov’s strong-arm business practices was Umarali Kuvvatov, an entrepreneur who was forced to flee Tajikistan after ending up on the losing end of a business dispute. Kuvvatov later set up a foreign-based opposition movement and was murdered in Istanbul in March 2015.

According to information in the tax service registry, the Faroz holding company controls over 60 entities. These include banking interests, a chain of filling stations, medical services laboratories, mineral extraction companies, several bazaars in Dushanbe, the Cambridge Academy, an elite private school that opened last September, and the Safed-Dara skiing complex.

The latest addition to the Faroz business empire is a giant waterpark in Dushanbe, which opened its doors on August 30. The builders of the waterpark, which was developed jointly with Turkish company Polin Waterparks, say it is the largest of its kind anywhere in the region.

Handing out state awards is how Rahmon signals his preference for relatives and members of the ruling elite – which are by and large the same thing.

And last September, Rahmon awarded his son, Rustam Emomali, the mayor of Dushanbe, the Order of the Golden Crown.