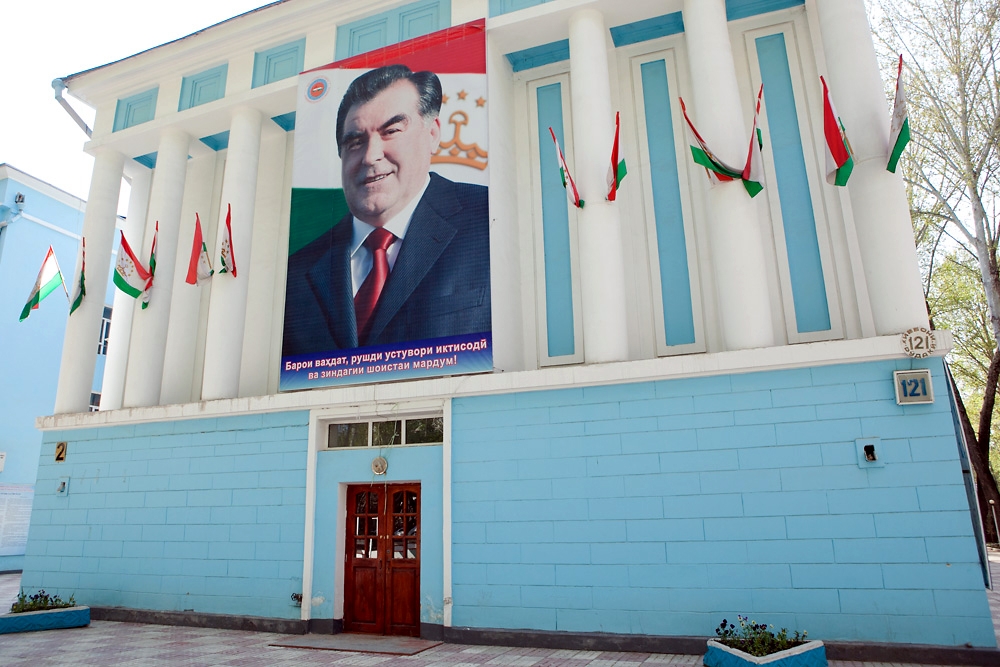 It’s not unusual for politics and business to be family affairs in the former Soviet Union, especially in Central Asia. But President Emomali Rakhmon of Tajikistan – who has seven daughters and two sons – is taking nepotism to new heights. Rakhmon’s preference for placing relatives in positions of power is hurting the Tajik government’s capabilities, observers assert.

Earlier this month, Tajikistan’s Foreign Ministry confirmed several new high-level appointments involving the president’s extended family. Ashraf Gulov, the husband of Rakhmon’s daughter Parvina, and previously a senior tax inspector, was appointed Tajikistan’s consul general in Russia. Another first daughter, Ozoda, was elevated in the Foreign Ministry from deputy minister to first deputy minister, inspiring chatter that she has her eyes on the ministry’s top job. Her husband, Djamoliddin Nuraliev, is first deputy minister of finance.

Rakhmon has consolidated so much control for himself and his family that new appointments are met with little surprise, and largely without audible murmurs of disapproval. That is often the case in post-Soviet Central Asia. In Kazakhstan and Uzbekistan, first daughters are wealthy and powerful. Yet few leaders in the region could forget that Kurmanbek Bakiyev was chased out of office in 2010 amid a spike in hatred for his powerful, avaricious son Maxim.  It is notoriously difficult to obtain information on most members of Rakhmon’s family, who generally maintain low profiles. EurasiaNet.org put together this background based on recent local media reports.

Rakhmon appointed his eldest son, Rustam Emomali, 27, to head the Custom Service last November, shortly after the family patriarch won another tainted election.  Many Tajiks believe the president is grooming Mr. Emomali, who also heads the Tajik Football Federation, as his successor. Other daughters are said to have controlling stakes in profitable businesses in the banking, real estate and other sectors.

The Sohibov clan, related to the president through marriage, is also said to be amassing vast economic and political influence. According to a report this month from Radio Ozodi, Mahmadzoir Sohibov, who is married to first daughter Firuza, headed the state procurement agency until 2011 and is now involved in business. In January, according to the opposition-minded Ozodagon news agency, brother Zainullo Sohibov became head of the Tajik Cement factory, a state-owned entity involved in the construction of what is slated to be the world’s tallest dam.  According to a May 12 announcement on the president’s website, another Sohibov brother, 32-year-old Narzullo, was appointed deputy director of the state agency in charge of managing state property and enterprises.

In May, the president’s nephew Sirojiddin Gulmurodov, became head of the Tax Service in Khatlon Province, the Rakhmon family’s heartland, according to the BBC’s Tajik Service.

Many Tajiks whisper that agencies like the tax services, customs and state-run businesses like cement can provide useful cover for illicit activity, including embezzlement. Many also shrug off such appointments, so accustomed to their rulers enjoying unimaginable wealth.

“Nepotism existed in Tajikistan even in the Soviet period, though there were regulations in those times,” political analyst Parviz Mullojanov said. “Officials were more cautious appointing family members back then.” Today, appointments based on family connections are hurting management structures throughout government, he said.

Ismoil Talbakov an MP from the Communist Party questioned the appointment of Ashraf Gulov, the presidential son-in-law and former tax inspector, as consul general to Russia. “Because Russia is our strategic partner, we need a very experienced person in this position,” Talbakov told EurasiaNet.org. “The president makes all the decisions and there is no discussion in parliament. But whether we discuss this issue or not, nothing will change.”

As one clan grows in power, another declines. One possible sign of trouble is reports, later denied by the Interior Ministry, that Amonullo Hukmatullo (previously Hukumov), the ex-head of Tajikistan’s railways, is suspected of embezzling $46 million from the state, Radio Ozodi reported on May 20. Hukmatullo, whose son is said to be married to one of Rakhmon’s daughters, was dismissed in February after a younger son killed three people with his BMW. Photos later appeared online of the 16-year-old son showing off guns and luxury cars. Another Hukmatullo son had served time in Russia for drug trafficking before being mysteriously released amid a heated dispute with Moscow. After the accident, media speculated that Rakhmon was genuinely concerned that public anger over the Hukmatullo family’s behavior could boil over into protests.

Rajabi Mirzo, a crusading journalist who has been physically assaulted several times and seen his newspapers closed, watches new appointments for signs of competing factions. Rakhmon is not interested in his appointees’ qualifications, Mirzo says, but in maintaining peace within his family. “These are just appointments to satisfy some groups inside the palace and Rakhmon’s abundant relatives,” he said.

Their lack of credentials frightens Mirzo. “The powerful internal groups who really rule the country have no clue about geopolitics,” he said. “Geopolitical players could use tensions [within the family] to their own benefit. A vivid example is Ukraine.”

Mirzo noted that much of the anger at Viktor Yanukovych in Ukraine before he fled the country in February was directed as his powerful dentist son, Oleksandr, one of Ukraine’s richest businessmen.

Tamiris Esfandiar is the pseudonym for a Dushanbe-based writer.