The pressure comes months after a crackdown in the Pamirs against followers of the Europe-based religious leader. 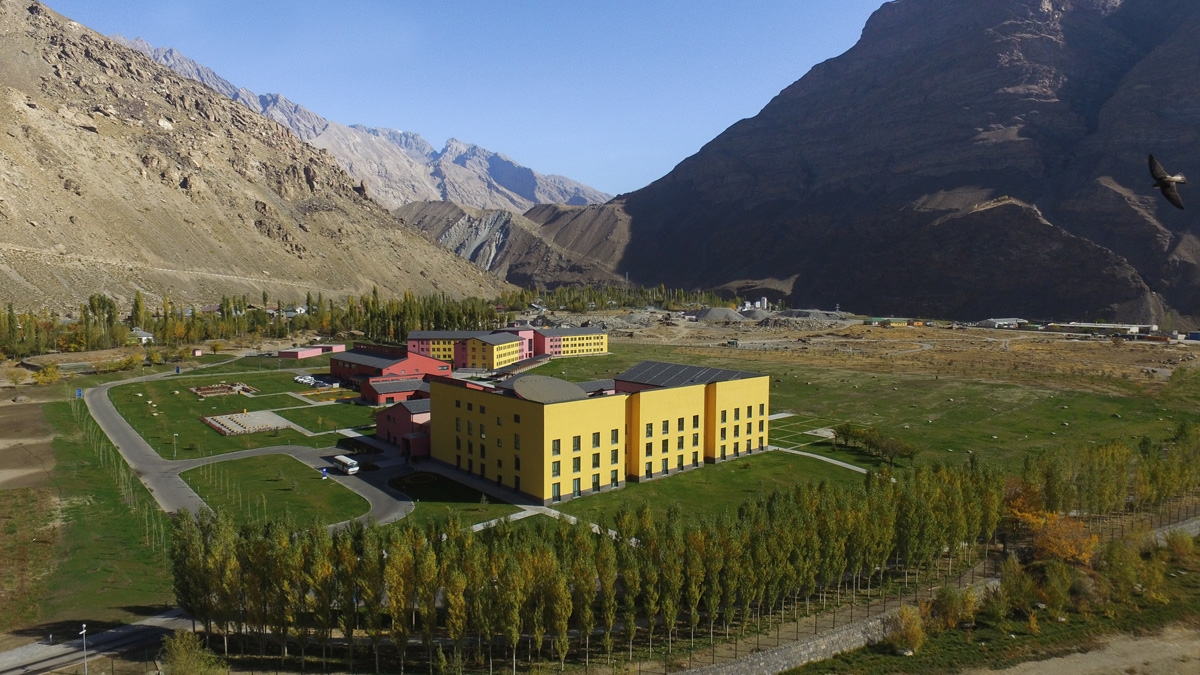 Authorities in Tajikistan are putting the squeeze on organizations and companies controlled by the Aga Khan, the Europe-based philanthropist deemed by the Shia Ismailis of the country’s eastern Pamirs region to be a spiritual leader.

The assault is proceeding on multiple fronts.

Pamir Daily News, a Telegram-based outlet focusing on events in the Gorno-Badakhshan Autonomous Region, or GBAO, reported last weekend that the Education Ministry is poised to revoke the license of a high school affiliated with the University of Central Asia, a college in the GBAO capital of Khorog funded by the Aga Khan Development Network, or AKDN.

Other activities aimed at children have seemingly been pressure into winding down their activities. Summer camps for schoolchildren from the GBAO funded by an Aga Khan organization have been cancelled. Employees at a kindergarten run by the University of Central Asia, or UCA, are concerned their institution is being targeted for nationalization.

Neither the AKDN nor the Tajik government have commented on any of these developments.

Commercial entities linked to the Aga Khan are feeling the heat too.

First Microfinance Bank, a lender, and the TCell mobile telecommunications company have both been subjected to surprise audits, according to employees at the companies who spoke on condition of anonymity. Whole appropriations of companies by figures within or close to the family of President Emomali Rahmon have occurred frequently over the past decades. Insiders at those companies worry that an audit may be intended to reveal purportedly compromising information to lay the ground for a repeat of the scenario.

The roots of this barrage against companies controlled by a philanthropist who has invested countless millions into the development of Tajikistan likely lies in recent efforts by the Rahmon regime to consolidate its control over the restive GBAO region, where most of the Aga Khan’s Tajik followers live.

A government crackdown initiated in May culminated in many dozens of arrests and the killing of a group of informal local leaders – Mamadbokir Mamadbokirov, Khursand Mazorov and Zoir Rajabov. Another well-known informal Pamiri leader, Tolib Ayombekov, was arrested in June.

The AKDN began operating in Tajikistan shortly after the country gained independence in 1991. GBAO residents credit it with averting an even worse humanitarian catastrophe than occurred during the civil war of the 1990s, when the main road to the region was closed.

Since that time, the AKDN has extended its activities in Tajikistan well beyond just emergency humanitarian efforts to education, health, energy, agriculture, banking and telecommunications. It is the largest employer in GBAO, a region sorely lacking in economic opportunities.

The current Aga Khan, Prince Shah Karim al-Husseini, visited the Tajik Pamirs in May 1995 – an occasion that is memorialized to this day as Ruzi Nur (Day of Light). Festivities are also held to mark the Aga Khan’s birthday.

This has grated with officials in Dushanbe, which has fashioned a cult of personality in honor of Rahmon, who state media is required to address by his full title: The Founder of Peace and National Unity — Leader of the Nation.

The last time the Aga Khan visited Tajikistan was in April 2012. Pamiris had hoped to see him since then for the official opening of one of several institutions built with his money – those included the University of Central Asia in Khorog – but it appears probable that this eventually was resisted by the Tajik government.

Following the crackdown earlier this year, the authorities have removed paraphernalia in GBAO invoking the Aga Khan. A arrangement of stones laid out on a mountainside bearing Ismaili symbols and a welcome greeting for the Aga Khan was recently removed.