Tajikistan: Rahmon pleads with Putin for amnesty on deported migrants

Around 240,000 Tajiks are now believed to be banned from entering Russia. 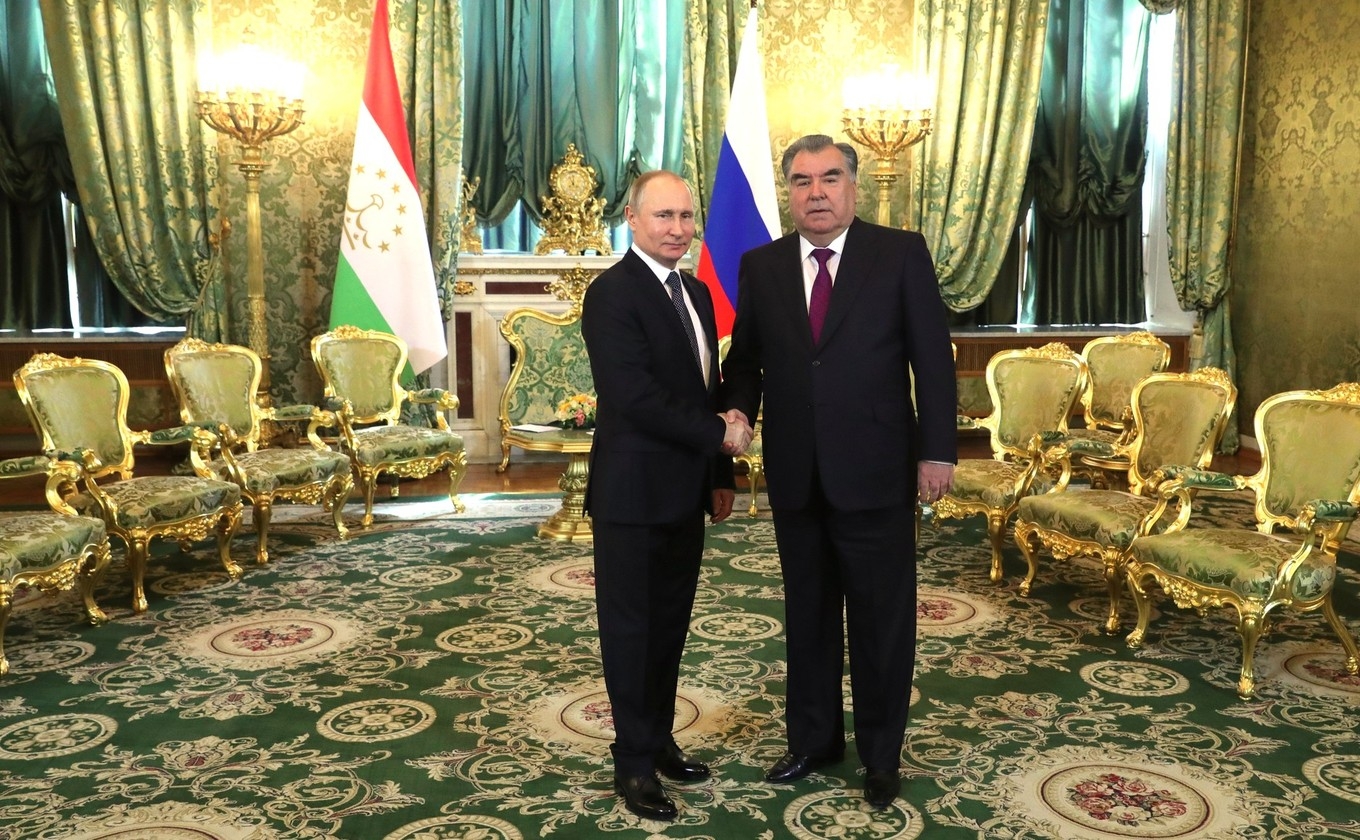 Battle of the bans: Putin and Rahmon meeting at the Kremlin this week. (Photo: Kremlin website)

The president of Tajikistan embarked this week on his first official visit to Russia in 12 years in an attempt to revoke travel bans slapped on hundreds of thousands of aspiring labor migrants.

According to a statement on President Emomali Rahmon’s official website, his Russian counterpart, Vladimir Putin, has instructed the Interior Minister to begin addressing the issue.

But a joint declaration released on April 17, at the close of Rahmon’s two-day visit, alludes only to creating “favorable living and labor conditions for Tajik citizens in Russia [and Russian citizens in Tajikistan] through the proper implementation of relevant legislation.” No mention is made of any amnesty.

Access to Russia’s labor market is a near-existential issue for Tajikistan, where unemployment is rife and most menial jobs are poorly paid.

According to Russia’s Central Bank, around $2.5 billion worth of remittances were sent from Russia to Tajikistan in 2018. That is the equivalent of 34 percent of gross domestic product.

Under a 2017 agreement, a travel ban imposed on around 100,000 Tajik nationals who had been deported from Russia was lifted. The deportations are typically triggered by violations of migration law. Although Tajiks may travel to Russia without a visa, they require additional documentation to work and live there for long periods.

Exclusion orders can vary between a few months to a decade, depending on the type of offense that triggered deportation.

Prior to the 2017 agreement, around 400,000 Tajik nationals were barred from entering Russia. That figure is now around 240,000, according to nongovernmental organizations that work on migration issues.

In the hope of alleviating the deportation issue going forward, Rahmon is also lobbying for registration periods to be extended for Tajik nationals and for the fees charged for work permits to be lowered. It is unclear that these petitions got a positive response.

Tajikistan has enjoyed an often-fractious relationship with Russia. While the two countries cooperate closely on security issues, Dushanbe is in general wary of what it perceives as Russia’s undue efforts to assert its influence on its internal affairs. Tajikistan is nonetheless compelled by the parlous state of its economy to seek Russian assistance in many ways.

One firm outcome of Rahmon’s visit was an agreement for Russia to build five schools across Tajikistan, including one in Dushanbe.

Putin also said that there are imminent plans to open a local Tajik bureau of Rossiya Segodnya, the Russian state media holding company that includes the Sputnik news agency under its umbrella. (Despite its name, Rossiya Segodnya confusingly does not formally oversee Russia Today, or RT).

Sputnik has had a troubled story in Tajikistan. It arrived in Dushanbe in 2014 amid a flurry of hires among local journalists. It was, however, despite multiple attempts and concerted diplomatic overtures, denied accreditation, notwithstanding a tacit editorial policy of never criticizing governments in ally nations.

The media scene in Tajikistan is in a moribund condition. Independent media has either hounded out of existence or neutered into submission. Even the independence of RFE/RL’s Tajik service has been compromised, as a recent Eurasianet investigation revealed.

Sputnik would, if permitted to set up shop in Dushanbe, add a well-resourced voice to the mix, but one that would, as elsewhere in the former Soviet space, aggressively promote Kremlin talking points and positions.