Tajikistan renews accreditation for some RFE/RL journalists, not leadership

Eleven journalists are still without papers. 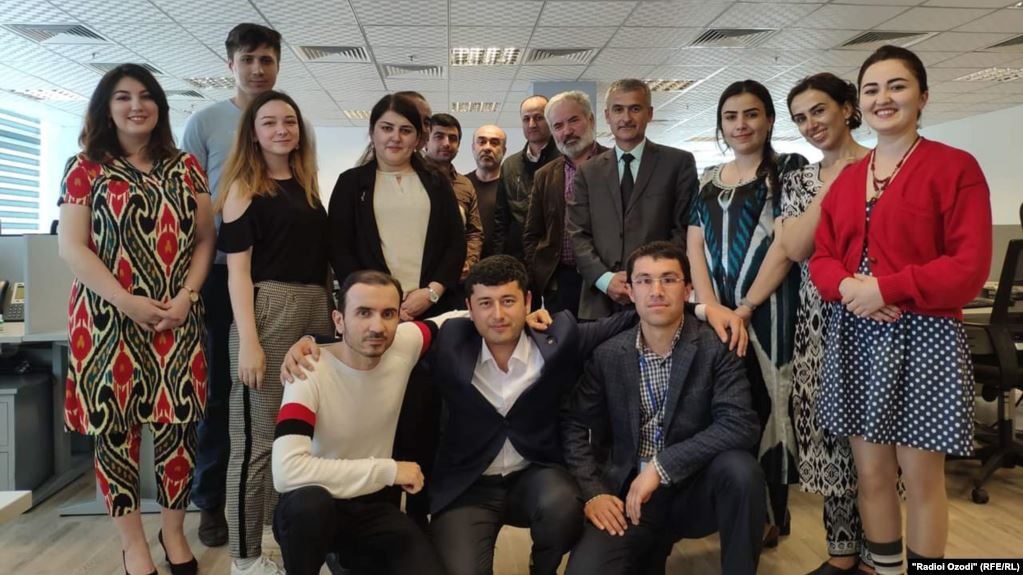 Tajikistan’s Foreign Ministry on October 31 renewed the accreditation of seven employees of RFE/RL’s Tajik service, but many others remain without the crucial document needed to report inside the country.

The issuance of paperwork represents a slim, 11th-hour reprieve, although key personnel at Radio Ozodi, as Tajik service is known, are still in limbo, a fact that may generate uncertainty over the broadcaster’s future in Tajikistan.

Failure to issue any documentation by November 1, which was the deadline for the Foreign Ministry to renew the credentials of nine Ozodi staff, could have forced the U.S.-funded broadcaster to suspend its Dushanbe operation. Three of the reporters who had until that deadline to get their papers are still being denied.

Sources at Radio Ozodi, as the Tajik service is known, told Eurasianet that the acting head of the Dushanbe bureau, Mirzonabi Kholikzod, and another bureau chief, Niso Rasulova, are among those still without credentials. This in effect leaves the bureau without senior leadership authorized to work.

Eleven people in total are without accreditation, including a number of correspondents working in the regions and Barot Yusufi, a videographer was stripped of his permit to work in June in a move RFE/RL described at the time as “a brazen example of the government’s efforts to control the independent press.”

The plight of Ozodi reporters has drawn attention from prominent U.S. politicians. Senators James Risch, Robert Menendez, Marco Rubio, and Robert Casey said in a statement on October 25 that they were concerned that failure to issue permits to report could have “repercussions for the strengthening of the U.S.-Tajik relationship.”

“As Tajikistan looks to increase and enhance its international relationships, including with the U.S. and Europe, it is critical that Tajikistan allows Radio Ozodi and other media outlets to operate freely," the Senators said in their joint statement.

Similar messages of support were forthcoming from the Organization for Security and Cooperation in Europe’s Representative on Freedom of the Media and media rights groups inside and outside Tajikistan.

National Association of Independent Mass Media of Tajikistan, or NANSMIT, and the Tajik Media Council noted, in a joint statement that echoed RFE/RL’s own position, that accreditation is being used as a tool for limiting freedom of speech.

“The repressive exploitation of journalist accreditation has a negative effect on the country's image,” the statement said.

The phrase “accreditation filter” has been a common term of art among the embattled Tajik reporter community. What this means is that the Foreign Ministry makes use of the work permit as a way of pressuring journalists into negotiating for paperwork by committing to soft-pedal their coverage of the situation inside the country. In practice, this forces reporters to make calibrated decisions about whether they wish to devote attention to rampant human rights abuses, repression of the opposition and evidence of how the ruling family has used its power to accumulate vast wealth.

A Eurasianet investigation published earlier this year found that Radio Ozodi has in recent years sought to soften its coverage of Tajikistan, quashing or watering down stories that reflected badly on President Emomali Rahmon and his extended family.

As a result, critics said, Ozodi proved ineffective in performing its watchdog responsibilities: to hold Tajikistan’s regime to account for its myriad human rights violations and report on the unbridled nepotism suffocating economic development.

This assessment was shared by officials with the U.S. State Department.

Other outlets have fallen victim to the “accreditation filter.” Anora Sarkorova, a correspondent for BBC’s Russian service, failed to secure accreditation over a number of months and eventually left the job. Many erstwhile Ozodi reporters have met a similar fate.

It is not just outlets from the West that have been frozen out. The Foreign Ministry has for many years declined to grant accreditation to the Dushanbe representative office of Sputnik, a news organization funded by the Russian government. At the moment, Sputnik has only one credentialed photographer working in Tajikistan.

Some have had more luck. Correspondents for RIA-Novosti, which is affiliated to Sputnik, Russia’s TASS agency, BBC’s Persian service, Reuters news agency and others are currently accredited.