Satellite images show a complex of around two dozen buildings on the border. 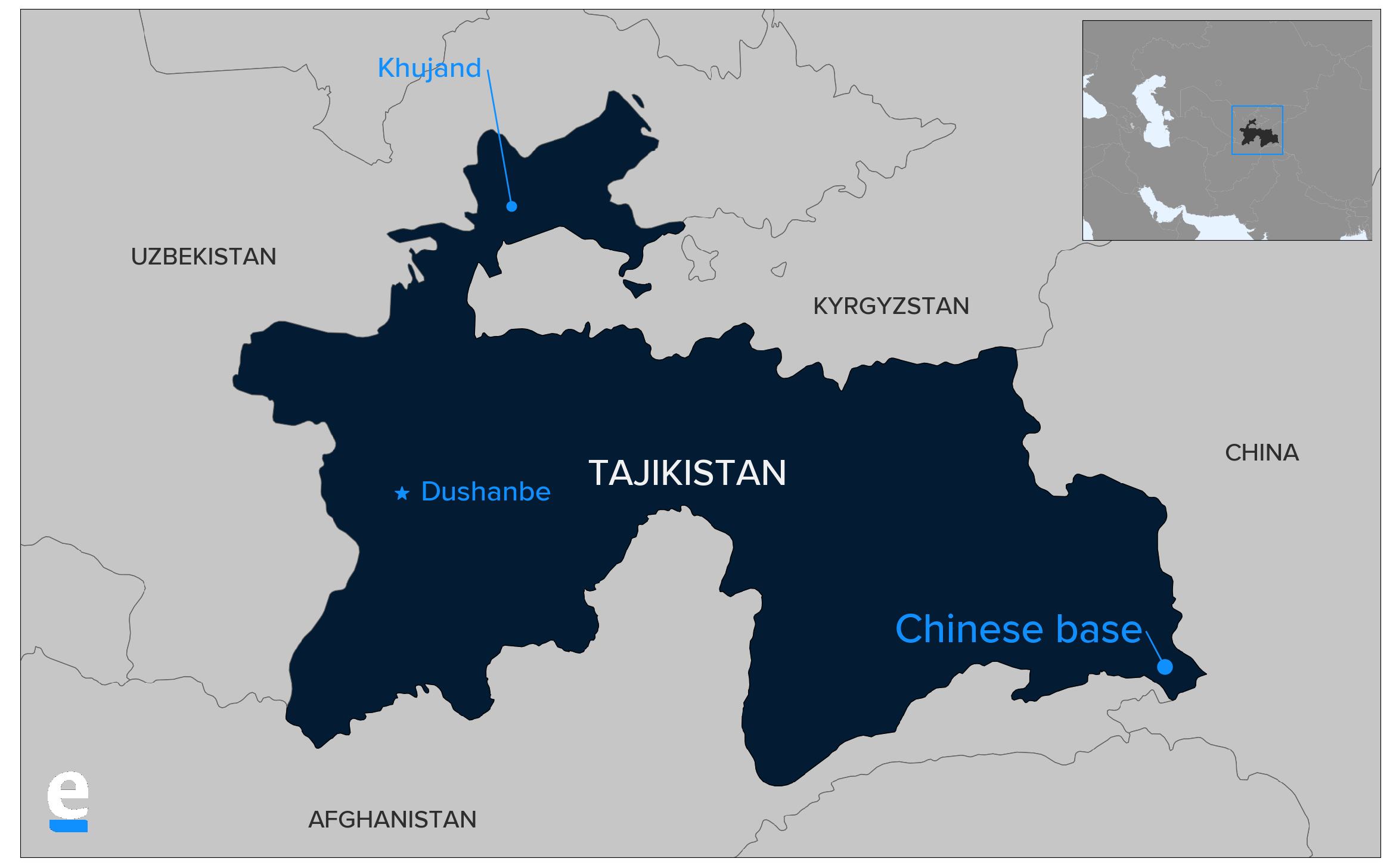 Chinese puzzle: What are Beijing's forces doing in that remote spot?

“Remember,” a Chinese soldier told a reporter nosing around a remote spot in eastern Tajikistan. “You never saw us here.”

The cat’s out of the bag now.

A front-page story on the Washington Post on February 19 has confirmed long-held suspicions about the Chinese military presence in the desolate quadrant where the borders of Tajikistan, China and Afghanistan intersect.

If it was previously suspected the deployment might be a small affair, however, the reporting by Gerry Shih suggests something far more grand.

Photos taken by Shih and satellite images show a complex of around two dozen two-story buildings and lookout towers. Personnel spotted by the journalist were seen to be wearing the collar insignia of a unit from Xinjiang, the Chinese territory neighboring Tajikistan.

One soldier, who told the Post reporter his surname was Ma, said the troops had been in the location for “three, four years.”

Curiously, although the deployment is meant to be a secret, the soldiers appear to have been remarkably sloppy in circulating freely around the town of Murghab to do their shopping and top up their mobile SIM cards. Murghab is out of the way, but the town does nonetheless get a steady trickle of visitors passing through in the summer.

It remains a mystery what purpose the military installation actually serves or even which unit of the Chinese armed forces it operates under. Analysts contacted by the Post speculated that the troops in Tajikistan “may be paramilitary units under the command of the central military leadership but technically distinct from the People’s Liberation Army.”

The probable existence of the installation had already been reported, last March, by the International Crisis Group, or ICG, a think tank. A researcher for ICG cited officials in the Pamirs and in the Tajik capital, Dushanbe, who described the facility as a “joint counter-terrorism centre” housing both Chinese and Tajik forces.

Although the Chinese state publicly that they do not seek to have an armed contingent inside Afghanistan, Russian analysts cited by the Washington Post suggest otherwise.

Alexander Gabuev, a researcher at the Carnegie Moscow Center, said that he and other colleagues were told during a private talk at a governmental think tank in Beijing in 2017 that China’s security presence in Tajikistan extended into the Afghan section of the Wakhan Corridor, the slim finger of territory that lies along the northern extremity of Pakistan.

China’s eagerness to have boots on the ground in this spot appears to stem from concern about the potential for unrest from Islamist Uyghur militants. An unknown number of Uyghurs are believed to have left their homes in the Xinjiang region in the last five years or so to join the ranks of militant groups in the Middle East. Like governments in Central Asia, China is uneasy about the arguably implausible prospect of those fighters returning to their native land.

In the longer term, however, this deployment indicates a potentially paradigm-changing development. Albeit in a small and token fashion, this represents the first apparently permanent physical Chinese military presence anywhere in the former Soviet Union.

The ICG report from last year cited Russian sources who indicated that Moscow was not happy with the creeping Chinese presence in Central Asia, a region that the Kremlin deems its strategic backyard.

Beijing is by far Tajikistan’s more generous creditor. At last count, the outstanding debt stood at around $1 billion, although this figure may be even greater depending on how one is counting. This lending has not been without its costs. In 2011, Tajikistan ceded territory to China in return for an unspecified amount of debts being wiped off the slate. Officials in Dushanbe have spoken little about this deal, but have sought when quizzed to sell it as a financially advantageous way to settle what had been a long-standing territorial dispute.

For now, Russia is the main player in town on the security front. Indeed, in what may have been in part a tacit signal to the Chinese, forces with the armies of Russia and Tajikistan held joint military drills in the Gorno-Badakhshan Autonomous Oblast in July. Russian defense official said at the time that some 10,000 soldiers from Tajik armed forces and Russia’s Tajikistan-located 201st military base were taking part in the exercise. It goes without saying that the Chinese deployment looks minuscule in comparison.