The plan is to keep pumping the population for more cash, starting by tripling the price of phone calls. 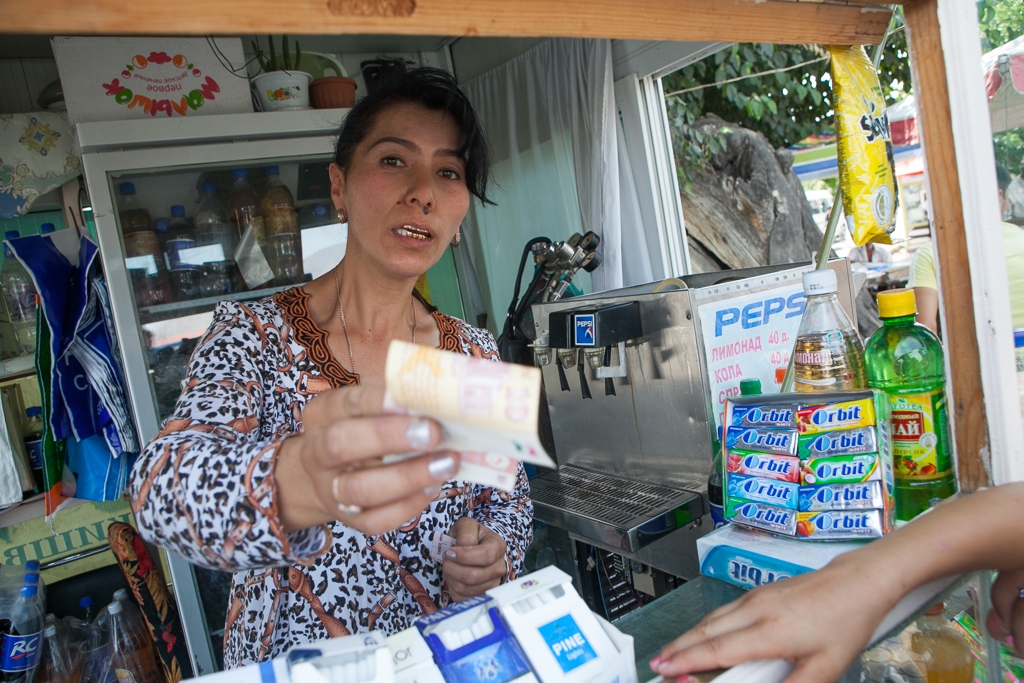 Officials in Tajikistan over the weekend finally pulled the trigger on plans for an internet price hike that some quietly hoped had gone away.

By decree of the state antimonopoly service, as of April 14, the minimum fee for mobile internet connections has more than doubled. At the same time, the cost of making calls from one mobile phone provider to another has risen around threefold.

The government has described this is an attempt to improve the quality of telecommunications services. But the other part of its explanation is likely closer to the mark – it is desperately scrabbling at any means possible to avoid yawning deficits in the coming years.

In 2018, Tajikistan’s economy grew by 7.3 percent, according to official figures. Bulletins for previous years have been similarly rosy. And yet the budget is only ever a whisker away from running going into deficit. Even then, this is only achieved because of some imaginative accounting.

The plan is to keep pumping – and pumping and pumping – the population for more cash. The aim is to boost tax and non-tax revenues by an annual average of 10 percent between now and 2021. Experts are doubtful this is possible.

The squeeze is seemingly on everywhere.

Also at the start of the year, the Tax Committee hiked the cost of business licenses for individuals by 5.4 percent. That is a category of entrepreneur that covers market hawkers, who account for a considerable volume of employment in Tajikistan.

Lawmakers in February adopted provisions requiring construction companies to pay a one-off fee of $23 per square meter of accommodation built.

In November, the Finance Ministry put up the electricity prices by 15 percent, to $0.02 per kilowatt hour. Bills for water went up by a similar amount.

Medical services got more costly too. By how much? Also 15 percent.

Mikhail Petrushkov, who heads a Dushanbe-based business lobby group, told Eurasianet that this wholesale increase in the cost of fees and fines threatens to obliterate the solvency of regular Tajiks, not to speak of undermining the state budget.

“Even with best-groomed, well-fed, hairy sheep, you can cut the wool at most two or three times. But that’s the limit. In the best-case scenario, there will be no more wool to shear. In the worst, the sheep will die,” Petrushkov said.

Economist Aziz Nazarov said that as real incomes remain stagnant, consumer behaviors will begin to change to the detriment of the economy.

“People will just refrain from or reduce their dependence on services that become unaffordable. In the case of the internet, with the rise in the cost of the internet, if real incomes remain unchanged, they are never going to be able to afford the double prices,” Nazarov said.

According to the Paying Taxes 2019 report compiled by financial services giant PricewaterhouseCoopers, Tajikistan has one of the most punishing fiscal regimes in the world. Around 67.3 percent of income goes on taxes and other mandatory payments, the company’s report found.

Authorities are ambitiously even thinking about taking their hunt for tax revenues international.

Last year, the head of the tax committee, Nusratullo Davlatzoda, said his office was studying ways of levying taxes from internet giants like Google and Facebook, as well as online retailers eBay and China-based AliExpress. Various governments all over the world have sought to wrestle with tax-shy global internet giants, often with limited success. There is no reason to suspect Davlatzoda’s efforts will prove any more fruitful.

The other avenue being explored by the government is to tap international financial institutions and investors for hard cash.

Political analyst Saimiddin Dustov noted to Eurasianet that Tajikistan has only managed to balance its budget over the past decade thanks to foreign help.

“It is by virtue of small credits that the budget can be deemed stable – these [loans] can be drawn from international institutions like the Asian Development Bank and the World Bank,” Dustov said.

There is anecdotal evidence, however, that some among this international cohort are frustrated by Tajikistan’s unwillingness to adopt reforms and tackle corruption.

Tajikistan has exposed itself even further lately by dipping into the pricey private debt market.

In September 2017, the National Bank issued $500 million worth of eurobonds. The 10-year notes were sold at a yield of just over 7.1 percent. That bond sale will leave Tajikistan having to pay off $850 million or so in the coming decade.

Those funds were specifically earmarked for the project that is supposed to one day make all these money worries go away. The humungous, six-turbine Roghun hydropower dam will – if it is ever completed – tower 335 meters and generate enough power to provide Tajikistan with billions worth of electricity exports.

There has been some nerve-inducing news on that front, however. Government sources have revealed unofficially to local media that the next stage of the project, which was due to be commissioned this month, has been postponed. Speculation is mounting that technical problems have arisen during construction, although both the company in charge of the project and the government are remaining steadfastly mum on the matter.

Nazarov, the economist, said that bad news from Roghun could have negative effect on the country’s credit rating.

"The rating agencies may revise the assessment of long-term international credit downward,” he said. “The lower the rating, the more expensive money will become. That is to say, it will be difficult for us to sell government securities at the rates of the past.”