When Tajik activists get into trouble, their Western partners “stand by mutely.” 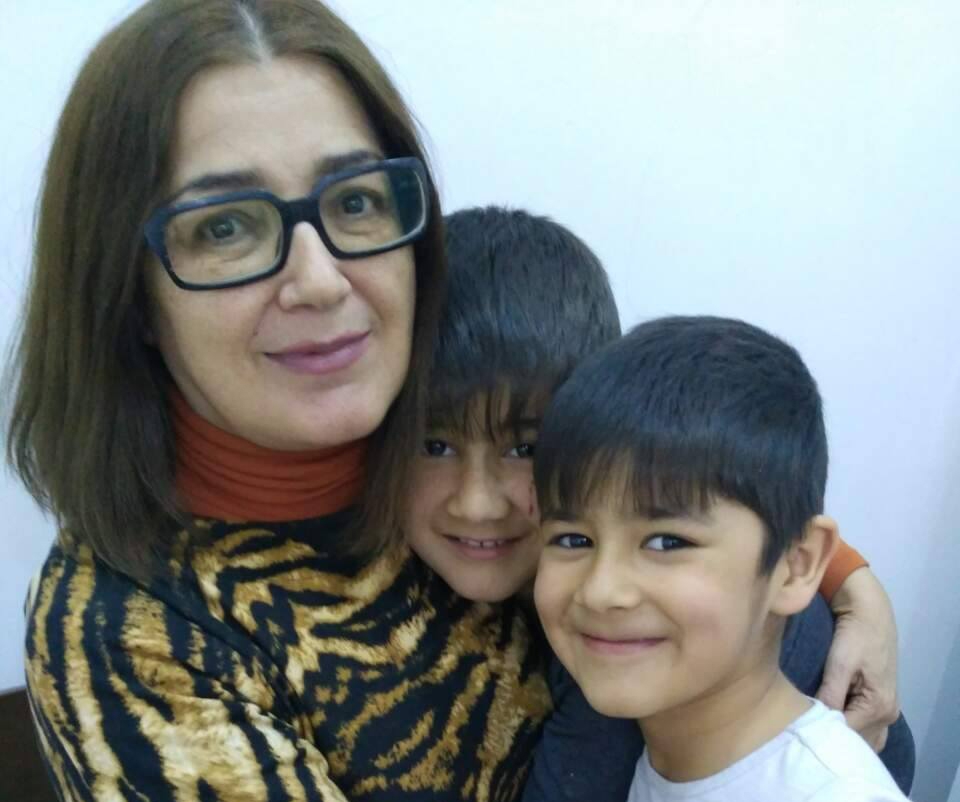 In the middle of March, activist and journalist Ulfathonim Mamadshoeva met with U.S. Embassy officials at Segafredo, a popular café in the center of Tajikistan’s capital, Dushanbe.

The diplomats were eager to learn about China’s military activities in her native Gorno-Badakhshan Autonomous Region, or GBAO, she later said, adding that they were particularly interested in knowing more about a Beijing-operated military outpost near the border.

The two men are also said to have expressed interest in the state of civil society in GBAO, the highlands Pamir region that spiraled into deadly chaos last month as government troops moved in to crush a popular show of dissent. More than 40 people are believed to have been killed by security forces.

Mamadshoeva, 65, was arrested on May 19 and now faces a sentence of up to 15 years on charges of allegedly helping foment that unrest. She did so at the behest of a foreign state, say her accusers. And prosecutors look poised to use that 45-minute meeting at Segafredo as a key element of substantiation in their otherwise wholly evidence-free case.

The U.S. Embassy in Dushanbe told Eurasianet in an emailed statement that it is concerned by Mamadshoeva’s detention and has called for “a fair and transparent legal processing” in her case. It denied suggestions that the State Department has been engaged in any inappropriate activity in Tajikistan.

“The nature of the March 15 meeting has been mischaracterized and the allegation that Embassy representatives asked Mamadshoeva, or any citizen, to foment some kind of unrest in Badakhshan is absolutely false,” wrote an Embassy spokesperson. “We have never asked, nor would we ask, any individual or group to foment unrest, nor have we provided any funding or other support for violent unrest or violation of the legal order.”

Close-circuit television footage of the encounter between Mamadshoeva and the U.S. Embassy representatives was aired by the state broadcaster on May 24. The images were interspersed with what appears like a forced confession to camera from Mamadshoeva.

“I was aware of the events in [the GBAO towns of] Khorog and Rushan in advance and was also involved in organizing them. I now regret what I have done," she says in the remarks to camera.

Such compelled confessions, often extorted without the person in question having access to lawyers, supporters or relatives, have become commonplace in Tajikistan.

In the same TV report, Mamadshoeva stated that she had received thousands of dollars in grants from California-based non-profit media development organization Internews Network, which also receives U.S government funding.

Lu did not, as would normally be expected for a relatively high-ranking U.S. government envoy, meet with the president, Emomali Rahmon. He had to make do instead with Tajik Foreign Minister Sirojiddin Muhriddin. Despite this apparent snub, the State Department had only warm words for the Tajik government, including for its purported efforts to improve the situation of human rights in the country.

“It was a pleasure for the senior U.S. delegation to … discuss priorities and opportunities to strengthen [U.S.-Tajikistan] cooperation on shared security, economic, and human rights goals,” the U.S. Embassy in Dushanbe said in a tweet. No additional statement has been released.

Lu granted an interview to the Tajik service of U.S. government-funded broadcast RFE/RL, Radioi Ozodi, but no press event was organized for other local outlets. The Ozodi reporter did not pose any questions about Mamadshoeva or the allegations made on Tajik state television about a supposed U.S. Embassy role in instigating unrest in GBAO.

There is a perception among Tajik civil society activists that the U.S. government has failed to take an adequately strong position on this turn of events. Some have accordingly expressed misgivings over willingness to engage and meet publicly with foreign partners in future.

“There can be no certainty that such encounters will not be interpreted as being different [from what they really are]. There is no guarantee that representatives of international organizations and embassies will later deny false claims about you,” one person involved in the NGO sector in Dushanbe told Eurasianet on strict condition of anonymity. “And then you are left to face the consequences on your own.”

These complaints feel particularly pertinent for the U.S. Embassy in Dushanbe. Although there is no stated policy on the matter, local Tajik partners and journalists to whom the mission reaches out are typically invited to meet in public spots, rather than the premises of the embassy itself. This protocol leaves politically vulnerable people open to covert surveillance, as happened with Mamadshoeva.

Another person queried by Eurasianet, a journalist, said he wished that international organizations and governments that work with Tajik partners would make their voice heard when people face prosecution.

“The commentary [in the TV report about] Mamadshoeva says that she intended to use foreign grants to organize rallies and unrest. Now, any person that gets foreign grants can be accused of the same thing,” said the journalist, who also requested to remain unnamed. “I hope to God I am not accused in the same way, because I know that I cannot defend myself in Tajik courts. And the international organizations will stand by mutely, as they always do.”

More aspects of the accusations being leveled at Mamadshoeva, albeit in a more informal manner, were detailed in a letter of complaint that she addressed in April to prosecutors in Khorog, the capital of GBAO.

Mamadshoeva states in that letter, echoing the subsequent assertions of the U.S. Embassy, that the main purpose of the Segafredo encounter was to discuss projects being implemented by her NGO. She said they also spoke about an earlier bout of political unrest that shook Khorog in November.

A few days after the café meeting, on March 20, city officials in Khorog showed footage of that meeting with the diplomats to a gathering of community leaders in the city, Mamadshoeva wrote in the letter, which has been obtained by Eurasianet.

“They showed me as if I was taking payment of $500,000 during the encounter,” she wrote. “They made out that I was a spy and tried to besmirch me in the eyes of the community.”

Mamadshoeva is only one of many people identified as supposedly being behind the pro-autonomy rallies in GBAO in May. Another was influential local leader, Mamadbokir Mamadbokirov, who was killed during the heavy-handed security sweep enacted in response to those protests. A former senior border official, Kholbash Kholbashov, and Europe-based opposition activist Alim Sherzamonov have also been named as suspects.

The number of Pamiris to have been threatened, beaten, imprisoned or killed by the Tajik government over their pro-autonomy positions over the past decade or so extends into the hundreds, if not thousands. In the most serious recent episode of violence in the GBAO until now, at least 50 people were killed in clashes between government forces and armed local people in July 2012. The hunt for Pamiri activists, including those living abroad, intensified in the wake of a spontaneous show of public anger in November. The latest round of protests was triggered in part by an eight-and-a-half year prison sentence handed down to Chorshanbe Chorshanbiyev, a popular mixed martial arts fighter who was forcibly removed from Russia to Tajikistan late last year.

Mamadshoeva is a well-known figure in Tajikistan’s long-beleaguered and dwindling community of independent rights activists. At the height of the COVID-19 outbreak, she helped raise funds to pay for medicine for the sick and equipment for medical workers.

She started out in journalism and covered events in the Pamirs in the 1990s, a period dominated by a grueling civil war. From 2003 to 2014, she taught at the journalism department of the Russian-Tajik Slavonic University in Dushanbe. Nomus Va Insof, the non-profit group whose work she discussed with the U.S. diplomats in Segafredo, was created in 2014 with the goal of stamping out domestic violence against women.

When the civil war was drawing to a close in the second half of the 1990s, Mamadshoeva was enlisted as a member of the Commission for National Reconciliation, which was established with the purpose of fostering dialogue among the warring sides. That, say her allies, is the real Mamadshoeva.

“Ulfat is one of those people who loves Tajikistan with all their heart,” said Oynihol Bobonazarova, a civil society activist and politician who once made an unsuccessful run for the presidency. “For her, the suffering of the people is her own suffering.”