Levels at the Nurek hydropower dam are four meters lower than last year. 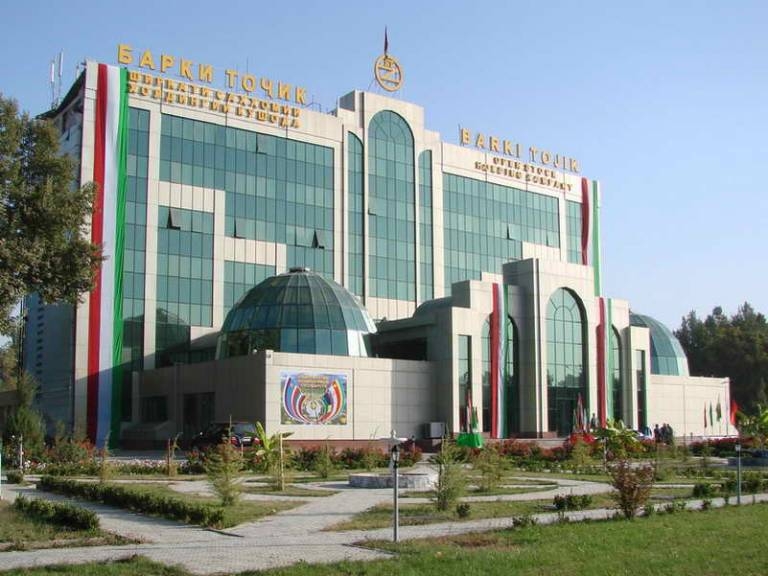 Barki up the wrong tree: The power utilities company doesn't know how long the blackouts will last. (Photo: Barki Tojik)

Tajikistan’s state-owned electricity utility company has reportedly reintroduced power rationing across most of the country in response to a drop in water levels at a key hydroelectric dam.

The government has not been compelled to limit how much power it supplies to households since the winter of 2016.

As a result of the rationing coming into effect on December 5, homes in residential areas outside the capital, Dushanbe, and other major cities will have no power from 11 p.m. until 6 a.m. for the foreseeable future, Asia-Plus newspaper reported.

The newspaper cited a source at the Barki Tojik utility company as saying that the restrictions are a result of levels at the Nurek hydropower dam dropping to four meters below what they were at this same period last year.

Unless water levels improve soon, rationing could eventually be introduced to Dushanbe too, the source told Asia-Plus.

In fact, rolling blackouts had already intermittently been taking place in rural localities since November. Energy officials denied this was happening, however, claiming that power interruptions were linked only to work on overhauling production and transmission infrastructure.

Barki Tojik had promised that blackouts would end by December 10, but it was only a few days before that pledge was broken.

On December 15, President Emomali Rahmon instead appealed to the population to economize on electricity, warning that failing to do so would force the authorities to bring in rationing. Around the same time, the governor of the Sughd region, Rajaboy Ahmadzoda, urged citizens to stock up on firewood as a way of saving on electricity.

Officials have also tried to use the cudgel to get the country through this impasse. At the start of December, police and other security bodies warned, at the behest of President Rahmon, that they were stepping up measures to stop households from trying to steal electricity. Although it was not spelled out, the clampdown apparently alluded to a common practice of jamming electricity counters to deceive Barki Tojik into charging households less for the power they use.

Then there is the fact that despite internal shortages, Tajikistan has increased the amount of power it is exporting. It is not public information which nations are the recipients of that electricity – Uzbekistan is a likely candidate, but Afghanistan and Kyrgyzstan have also historically bought power from Tajikistan. Data from the state statistics agency showed that Tajikistan had earned $2 million from exporting power in October, but $2.7 million in November.

While many households will have to make do without power, the country’s main industrial concern, Talco aluminum producer, which is known to be controlled by Hasan Asadullozoda, the brother-in-law of President Emomali Rahmon, will see no rationing.

What is particularly disappointing about the return to blackouts is that the situation with power supplies was meant to improve after the commissioning in 2018 of the first pair of generating turbines at the Roghun hydropower plant – a project that Rahmon has made the signature of his time in power. And electricity has indeed been reasonably reliably supplied over winter for a few years now.

The imposition of rationing is likely to again fuel stubborn speculation that some kind of technical fault has occurred at Roghun, forcing engineers to release amounts of stored water. Such suggestions are routinely ignored or dismissed by officials, who say only that work is ongoing to fill Roghun to the required levels.