Tajikistan: Ringleader of ISIS-inspired killings of cyclists dies in prison

Abdusamadov never showed any remorse for the murders. 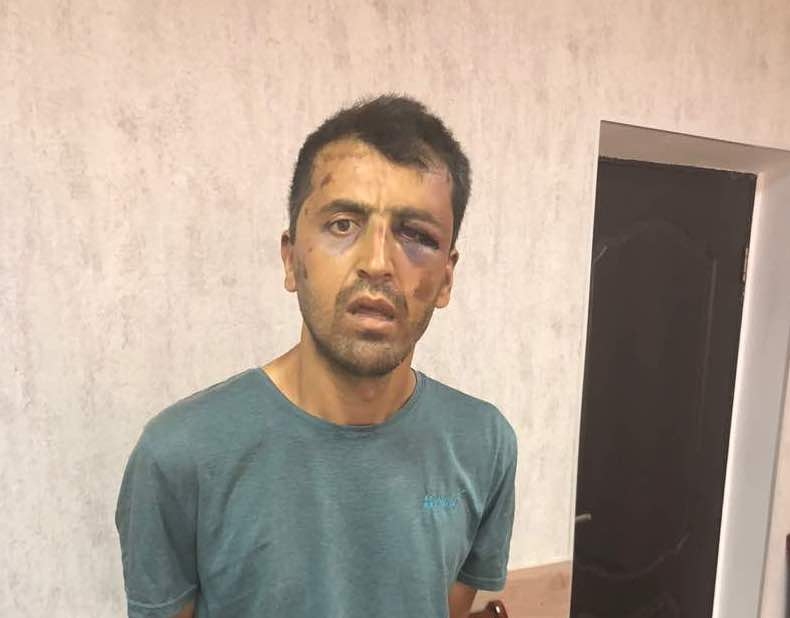 Abdusamadov shortly after his capture by Tajik security forces.

The ringleader of an Islamic State-inspired group that killed four tourists in Tajikistan in 2018 has died in prison.

RFE/RL’s Tajik service, Radio Ozodi on March 3 cited the head of the prison service as saying Husein Abdusamadov’s body has been returned to his family.

The official, Mansurjob Umarov, who is also the deputy justice minister, said that the General Prosecutor’s Office is conducting an investigation into the death, although authorities already appear to be indicating that they will conclude Abdusamadov, who was 35-years-old and serving a life sentence, died from natural causes.

“He did not have any serious illnesses, but he was often sick. So, we have decided to conduct a forensic medical examination in order to rule out the possibility that he could have died as a result of torture or ill-treatment,” Umarov was quoted as saying.

Umarov said that Abdusamadov had never, until his final days, shown any remorse for his involvement in the murders of four foreign cyclists in the town of Danghara in July 2018.

Before carrying out the killing, Abdusamadov and his four young accomplices filmed themselves on a hilltop near the town of Nurek pledging their allegiance to the Islamic State group while sitting in front of the black standard of the militant organization. Days later, the men traveled in a car scouting the roads before chancing upon a group of travelers that included their eventual victims: U.S. nationals Jay Austin and Lauren Geoghegan, Dutchman René Wokke and Hamel Markus from Switzerland.

First, they rammed as many cyclists as they could, and then some of the attackers emerged from the vehicles to finish off the tourists with knives and an ax. Before leaving the scene, they reversed into one of the travelers for safe measure.

Abdusamadov’s accomplices were all killed in special operations in the days after the attack. Only the alleged ringleader was captured alive.

The only reporter to have been granted access to Abdusamadov, Rukmini Callimachi of the New York Times, found in her interview a man unrepentant for his actions and still pledging allegiance to the Islamic State. When Callimachi asked Abdusamadov if he would murder her given the chance, he answered that he would.

A well-placed source inside Tajikistan’s law enforcement system has told Eurasianet that authorities suspected that Abdusamadov had continued to recruit followers – possibly as many as 10 – inside prison. It is believed he might have been plotting an uprising in prison, the source said.

It is unclear if his death was in any way related to that alleged plot.