Sanctions on Russia are hurting savers in Tajikistan. 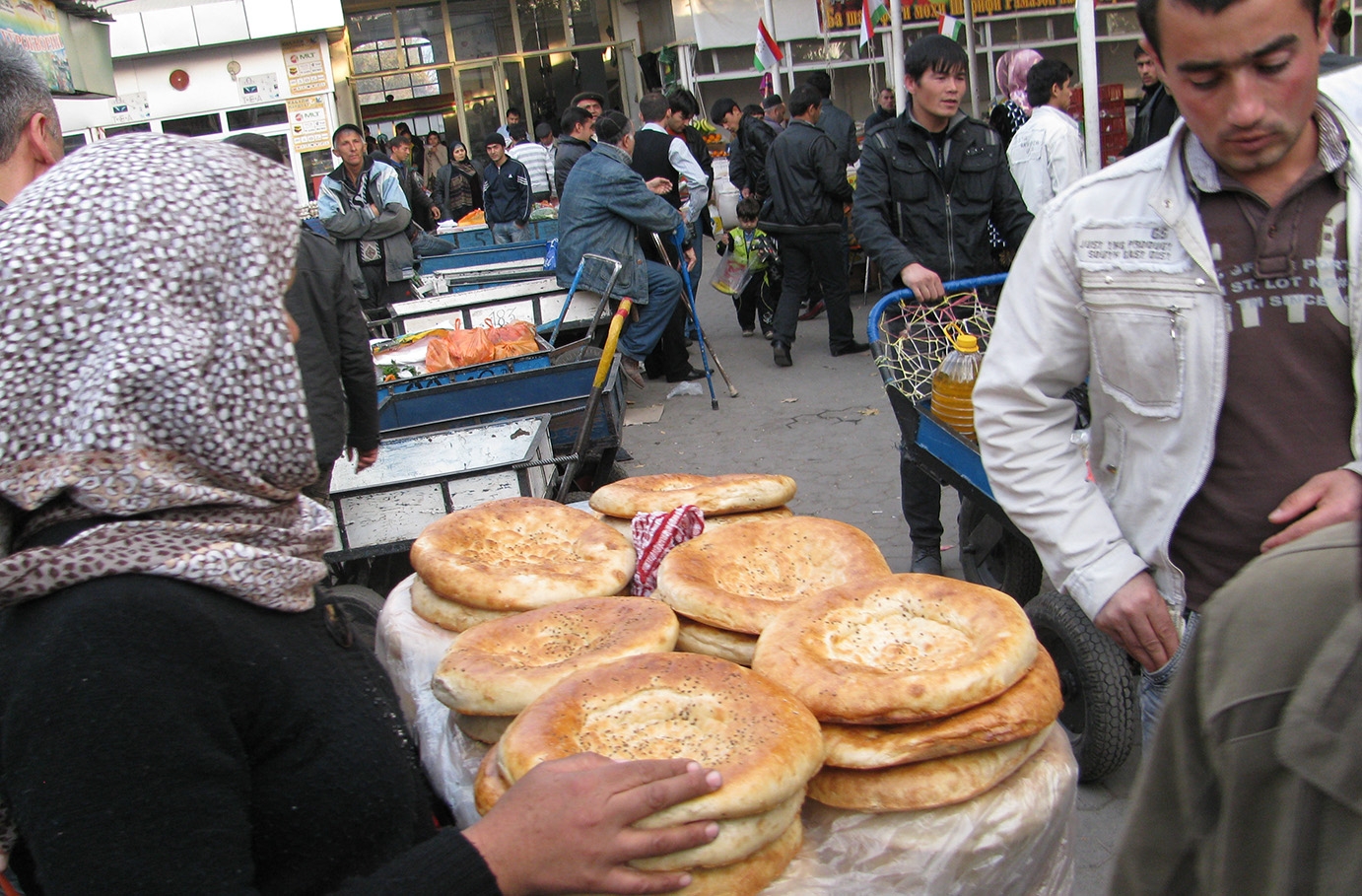 Rahim Sharipov’s parents are worried his heart might not bear the strain.

The 28-year-old, who lives in the Romit district, around 40 kilometers from Tajikistan’s capital, Dushanbe, has been complaining about his health ever since the Russian ruble collapsed under the weight of international sanctions.

Sharipov, a father of three children, had managed over years working in Russia to accumulate 265,000 rubles that he had intended to put toward a mortgage on an apartment in Dushanbe. At the start of this year, that nest-egg was worth about $3,500 and 40,000 Tajik somoni.

“In mid-March, I was thinking of going to Russia to work so I could send money home to pay off the [mortgage] debt,” he said.

Sharipov wanted his children to live in the capital and get a good education.

“So they wouldn’t be like me, I can barely speak Russian,” he told Eurasianet. “If I knew any other languages, I would earn more.”

That dream is dead for the foreseeable future.

If it were not bad enough that ruble salaries and savings are growing steadily less valuable, getting to Russia in the first place is becoming more complicated and costly. This week, several Russian airlines announced that they were suspending international flights, including those to Tajikistan used by seasonal migrant laborers.

The timing could not be worse. Spring is traditionally the time of year when many Tajiks set off for Russia to take jobs on construction sites. As of March 9, at least 30 weekly routes between Russia and Tajikistan have been terminated. The slack will have to be picked up for now by Tajik airlines, and if the past is any guide, sharp price hikes are inevitable, not least as a concomitant result of soaring global energy prices.

Labor migration is Tajikistan’s main source of income. By World Bank estimates, overall remittances equaled almost 27 percent of gross domestic product in 2020. But the volume of money sent home from Russia is expected to fall by 22 percent year-on-year in 2022, the World Bank said recently.

Anybody inclined to hedge against currency turbulence in Tajikistan is unable to do so.

Under a National Bank order from 2016, all foreign cash transfers must be paid out in somoni to the recipient in Tajikistan, immaterial of what currency the sender was using. The financial regulator explained at the time that this policy was intended to “ensure the stability of the national currency’s purchasing power and the stability of the domestic foreign exchange market.”

The authorities boosted their revenues with yet another innovation introduced in 2019, when the National Bank started mandating that all remittances be filtered through its own so-called national processing center. The regulators claimed that this system would improve efficiency in the money transfer system, boost transparency and help stabilize Tajikistan’s financial system. In fact, the result was the regulator helped itself to a small commission on each transfer.

Until March 8, the official somoni-dollar rate was holding stable at around 11.40 per greenback. Black market operators, however, were offering a 13.5 somoni rate. As of March 9, the National Bank has allowed the dollar rate to slide to 13 somoni. But acquiring dollars is, in any case, all but impossible at banks or through ATMs.

“Due to the sanctions against Russia, many international companies are unable to transfer money to Tajikistan. Our banks are strongly linked with Russia. Therefore, there are no dollars, and the National Bank does not want to convert a currency with a higher value,” a Dushanbe-based financial expert told Eurasianet on condition of anonymity.

Gulbahor, 49, is another Tajik feeling the negative effect of currency woes. As she explained to Eurasianet, she has been putting aside money for her brother’s stomach cancer treatment in Russia. And this is especially problematic because Russian clinics index their prices in dollars.