Asia-Plus was deemed extremist by Moscow for a report on a suicide attempt. 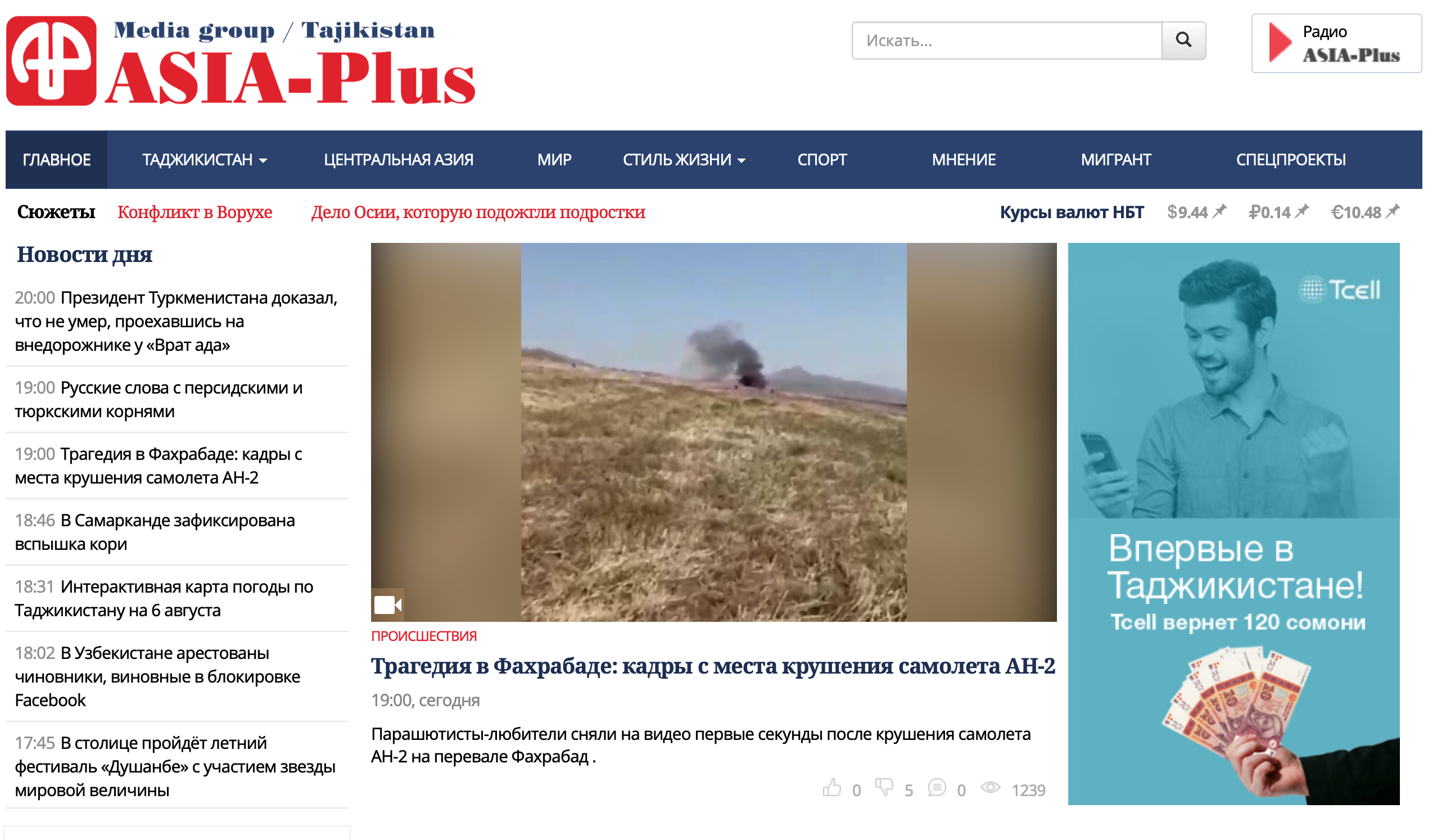 Internyet: Russia is making it harder to see this website.

Media regulators in Russia have included one of Tajikistan’s last remaining sources of independent news into its registry of extremist websites, prompting suspicions that Moscow is assisting Dushanbe in extinguishing the dying embers of a free Tajik press.

Asia-Plus executive director Zebo Tadjibayeva told RFE/RL’s Tajik service, Radio Ozodi, on August 2 that that her outlet’s site had been unavailable in Russia for around a week. She told Eurasianet on August 5, however, that some users are now able to access the site.

The Russian regulator, Roskomnadzor, had informed Asia-Plus by letter that its website was included in a list of banned online resources because it was purportedly found to be promoting suicide, Tadjibayeva said.

As an example, the regulator provided a link to a news article about a prospective bride in northern Tajikistan who tried to take her own life after being forced to undergo a medical examination in which it was found that she might not be a virgin. The article in question did not endorse the woman’s actions, which were clearly contextualized as the outcome of the strictly traditional views prevailing in her community.

Tadjibayeva says that Asia-Plus deleted the offending article in an effort to comply with Roskomnadzor requirements, but that the block was not lifted within the requisite five days. The ban appears to have been lifted now, although it is unclear if the website could face repeat occurrences of the same episode.

Permanently barring access to Asia-Plus to internet users in Russia, where more than 1 million Tajiks live and work, would be a hammer-blow to the struggling outlet. Visitor numbers to the website, which is supported largely through advertising revenue, dropped by 30 percent over the duration of the ban.

Asia-Plus has been blocked inside Tajikistan since last June, around the time when four foreign cyclists were murdered by a group that claimed allegiance to the Islamic State.

Telecommunications regulators in Tajikistan – who also double as monopolist providers of internet traffic – perversely denied they had any knowledge that Asia-Plus was being blocked and insisted the cause was something or somebody outside the country.

The scuttlebutt in journalistic circles in Dushanbe is that one of the president’s sons-in-law – one Shamsullo Sohibov – may be looking to acquire Asia-Plus. Sohibov is best known in Tajikistan for his well-documented practice of strong-arming businesspeople out of their lucrative assets.

Asia-Plus has offered no public comment on these rumors.