Saudi's interest in Tajikistan is not just about business. It is intent on squeezing out Iran. 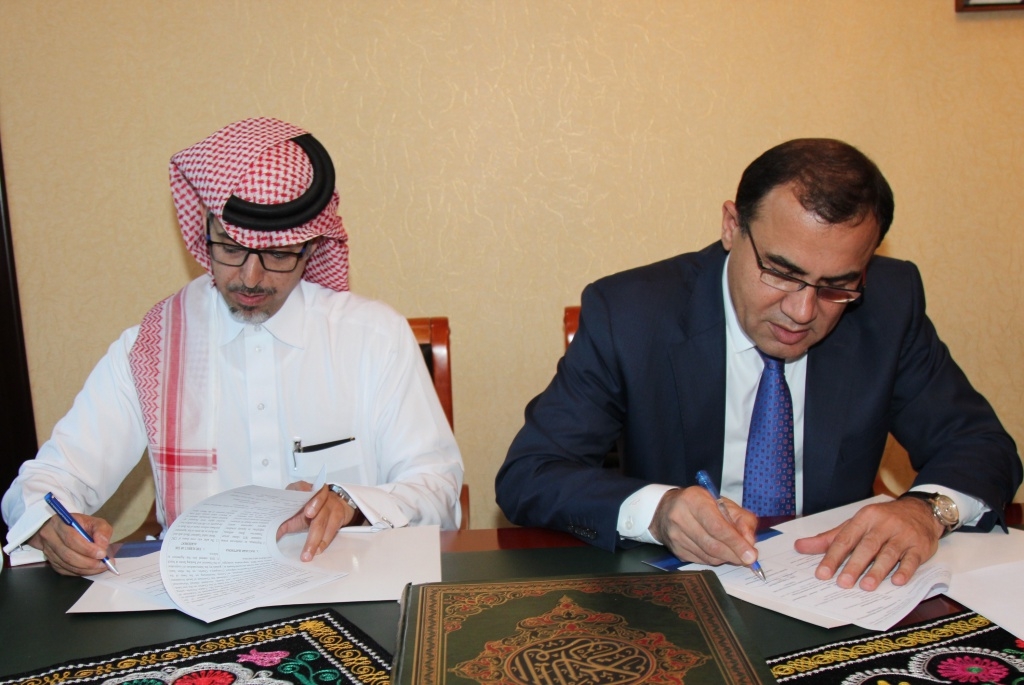 An investment fund from Saudi Arabia has agreed to buy a controlling stake in a troubled bank in Tajikistan, throwing a lifeline to the country’s wrecked banking system.

Tojiksodirotbank announced on its official website on May 14 that the deal for Saudi Investment Group to acquire a 51 percent stake in the Dushanbe-based lender has been agreed in principle. It is unclear when the acquisition will formally occur and on what terms.

Saudi investment in such a crucial area of Tajikistan’s troubled economy may have motivations going beyond business, however. Riyadh has been unabashed about its goal of squeezing all traces of Iran’s influence out of Tajikistan, which has enjoyed relations with Tehran that have varied from cordial to chilly.

A white knight for Tojiksodirotbank would arrive not a moment too soon. The bank ran into serious liquidity issues in 2015 after years of building a dismal loan portfolio. In January, the Finance Ministry bought an 85.9 percent stake — an operation it paid for by issuing bonds and selling them to another branch of the government, the National Bank. Officials at the National Bank staunchly rejected suggestions they were in effect printing cash to buy up distressed assets, although the opaque nature of decision-making in Tajikistan makes it difficult to know how much credence to lend such denials.

Also, while the bond sale operation is presumed to have enabled Tojiksodirotbank to begin paying off its depositors in government structures — as required by law — many regular savers have yet to see their money.

As of the start of 2018, according to the National Bank, Tojiksodirotbank still owes customers $102 million.

Earlier attempts to get foreigners to bail out Tojiksodirotbank and other troubled banks have been unsuccessful. In 2016, the bank entered into talks with the European Bank for Reconstruction and Development to sell a controlling stake for $80 million. Tajikistan has also been lobbying the International Monetary Fund for hundreds of millions in banking sector stabilization funds. Neither effort has yet yielded any results.

Saudi Arabia has sniffed around Tajikistan before, but its financial commitments have to date extended primarily to giveaways like money for building schools.

The geopolitical component of Riyadh’s commitment to an economically unpromising nation is hardly a secret. Saudi Arabia’s ambassador to Tajikistan in September spoke in an interview of his satisfaction at successfully pursuing diplomatic overtures that culminated with the “expulsion of Iran and its agents from the country.”

Tajik President Emomali Rahmon signaled on May 12, at a public event coinciding with an investment forum of Arab nations taking place in Dushanbe, that he is onboard with this general plan. At one stage, he engaged in a rant about an opposition militant from the civil war of the 1990s that he said had been receiving money from a mysterious foreign power.

“His pockets were filled with dollars from that country, which called itself our so-called friend,” Rahmon reportedly said. “He himself admitted that he accepted the Shiite faith and carried out the orders of the security services of that country against the Tajik nation.”

He did not name Iran, although the allusion was fairly obvious.

For safe measure, he also claimed that the now-banned Islamic Renaissance Party of Tajikistan had also converted to Shia Islam — an exotic allegation that lies somewhat at odds with prior attempts to imply affinities between the party and radical Sunni Islamic groups like Islamic State.