Dushanbe says the volume of illegal narcotics it interdicted in 2021 increased by 69 percent year-on-year. 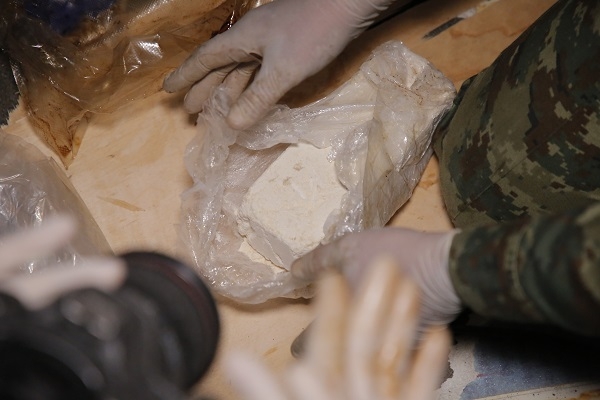 Authorities in Tajikistan say the volume of illegal narcotics they interdicted in 2021 increased by almost 69 percent year-on-year, but that instability in neighboring Afghanistan could provoke a worsening in the problem of drug-smuggling.

Khabibullo Vohidzoda, the head of the Tajik Drug Control Agency, was cited by TASS news agency as saying on February 17 that four tons of narcotics were seized by the country’s law enforcement bodies and that the volume of intercepted heroin and hashish had doubled.

Vohidzoda used the latest data to appeal for international assistance in combating what he said could be a new surge of trafficking provoked by the evolving situation in Afghanistan.

“With the change in the situation in Afghanistan and the Taliban’s ascent to power, we must strengthen our borders in every way, not only against drug smuggling, but also weapons and other prohibited material. And so, in our meetings with donors … one of the issues that has been discussed is support for the organization of new [Drug Control Agency] outposts along the border,” he said.

Vohidzoda cited the UN Office on Drugs and Crime, or UNODC, as saying opium crops were cultivated across an area of 177,000 hectares in Afghanistan last year. That was actually a decrease on 2020, but UN drug trade experts say this trend has been offset by higher yields per hectare.

“Estimated opium production in 2021 was 6,800 tons or 8 percent more than in 2020, meaning production has exceeded 6,000 tons for an unprecedented fifth consecutive year. This amount of opium could be converted into some 270-320 tons of pure heroin,” the UNODC said in a report published in November.

The UNODC noted in the same report that a surge in prices for opium since August 2021 has increased incentives for cultivation of the crop in Afghanistan. And the ongoing economic collapse of the country, which has driven millions closer to the precipice of starvation, has left more people vulnerable to the drug trade, the report stated.

A vast volume of narcotics is making it through Tajikistan despite the apparent efforts of the country’s anti-drugs services.

Uzbekistan’s State Customs Committee announced on February 15 that its officers discovered a consignment of almost 230 kilograms of heroin on a single truck arriving from Tajikistan on its way to Russia.

Tajik customs quizzed about the drugs bust declined to comment on this news and said only that they would provide their own account to the public on February 16. They have yet to do so.