Tajikistan says it will release 20,000 prisoners

But nobody knows how many people are even behind bars. 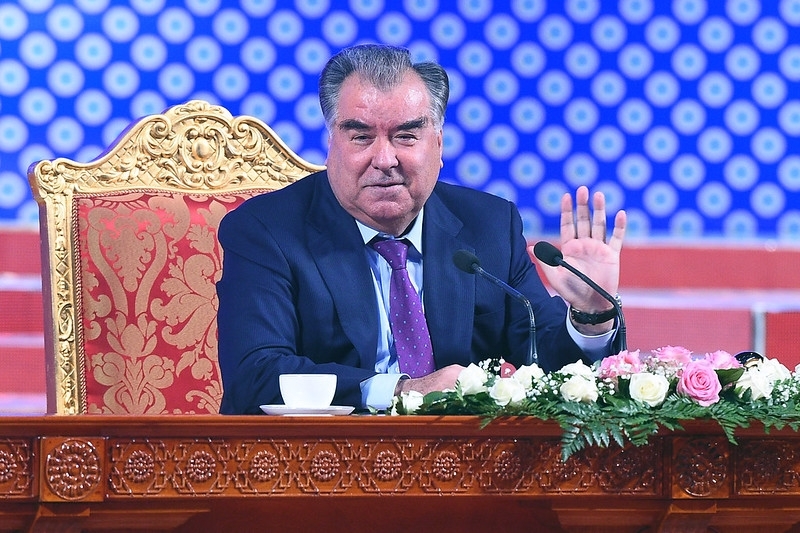 Lawmakers in Tajikistan have approved amnesty legislation that should on paper lead to around 20,000 people being released from the country’s prisons and jails.

The amnesty, which was endorsed in a vote by parliament on October 25, was drafted by the president’s office to mark the 25th anniversary of the adoption of the constitution.

Among the people eligible for release are 500 people imprisoned for expressing approval for posts on social media that were deemed to constitute extremist content, according to an MP cited by RFE/RL’s Tajik service, Radio Ozodi.

This is 16th prisoner amnesty to be carried out in the past quarter century. Authorities have two months to put the releases into effect.

General Prosecutor Yusuf Rahmon said while presenting the bill to parliament that 7,000 convicted people would be freed. The remaining 13,000 beneficiaries of the amnesty are in detention pending criminal investigations or the completion of trials.

The amnesty does not extend to people convicted on charges of terrorism, rape and attempting to overthrow the state. Murderers who have served at least 15 years of their sentence will go free. People imprisoned for insulting government officials, however, will not qualify.

None of the numerous members of the heavily suppressed opposition is to benefit from the amnesty either.

These include Zaid Saidov, a wealthy businessman who was sentenced in 2013 and 2015 to lengthy jail terms on multiple charges that his supporters say were precipitated by his decision to go into politics.

The imprisoned leadership of the Islamic Renaissance Party of Tajikistan, or IRPT, which was designated an extremist organization in 2015, will also not be amnestied.

There are no reliable figures on the size of the prison population in Tajikistan, making it hard to assess the scale of this amnesty, which is said to be the largest in the country’s post-independence history. This whole issue is shrouded in mystery.

World Prison Brief, a project run by London-based Birkbeck University’s Institute for Crime and Justice Policy Research, has extrapolated from historic trends to estimate that the prison population may be around 9,300. This would be belied by the claimed scale of this latest amnesty, however.

Then again, there is no viable way to verify that the government is actually amnestying the stated number of prisoners at all. International bodies have been denied scrutiny rights for more than a decade.

The International Committee for the Red Cross has been denied access to Tajik prisons since 2004. Tajik officials say this is because the ICRC has declined to accept Dushanbe’s terms for inspections. Among the ICRC’s stipulations is that they be allowed to freely converse with prisoners.

People who have been through the penitentiary system have described inhumane, crowded conditions. Bribery is said to be the only certain way of avoiding beatings and other forms of physical and mental abuse.

And critics of this latest amnesty have claimed this exercise too is little more than a large-scale opportunity for extorting bribes. Anybody willing to pay will be released – failure to do so will doom the prisoner to more time behind bars.