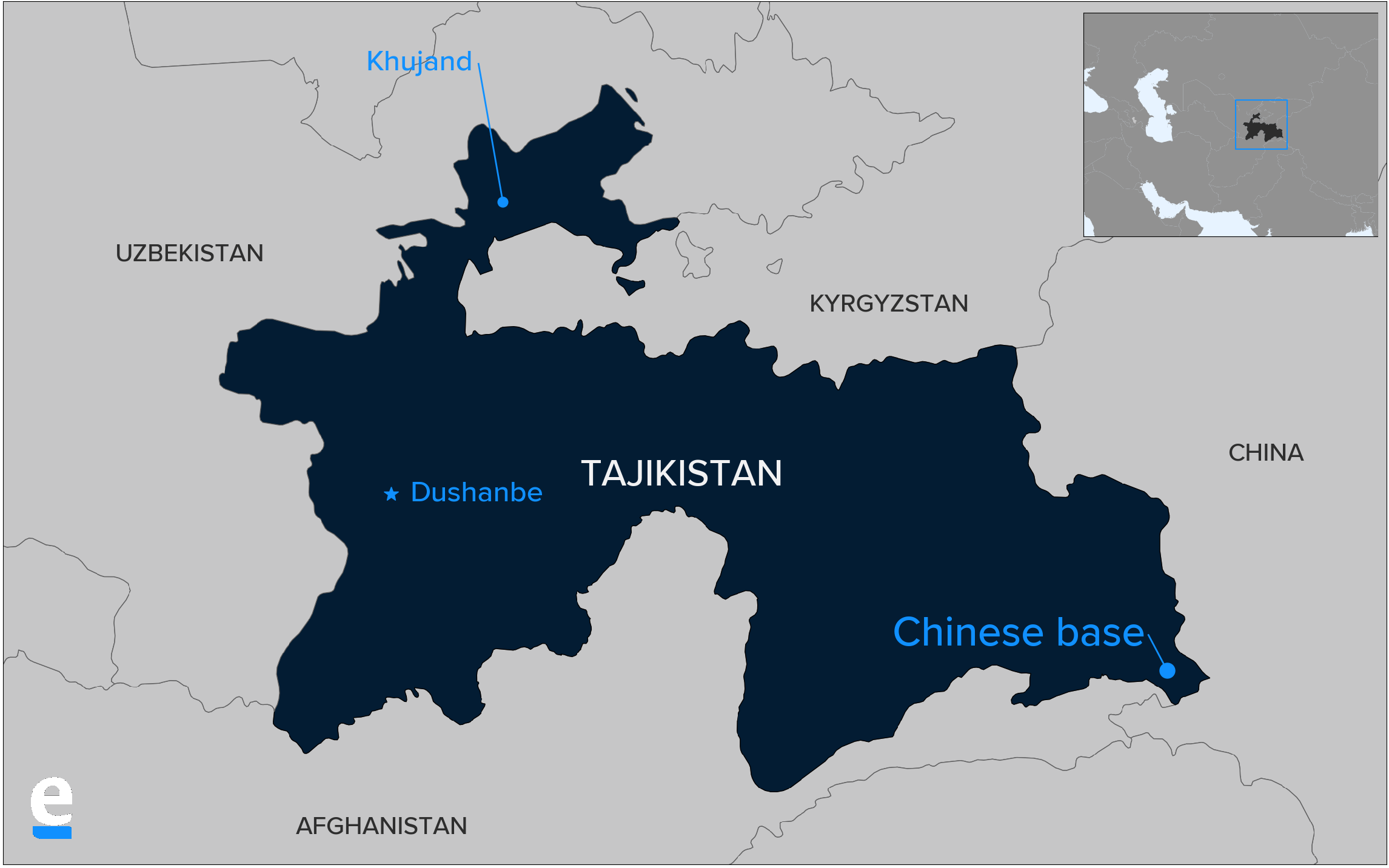 The presence of a Chinese military outpost in Tajikistan is a secret so open at this point that even Tajik officials are making little effort to hide it.

In the meantime, however, Chinese officers at the facility are at liberty to prevent local journalists from approaching, asking questions or taking pictures of a base whose existence is officially denied.

A reporter with London-based and Saudi-financed TV station Iran International earlier this month visited a remote Pamir Mountain area bordering China and Afghanistan that is known to be the location of the outpost. Earlier reporting by the Washington Post documented how the complex comprises around two dozen two-story buildings and lookout towers.

For her report, Anahita Dodikhudo, the Dushanbe-based correspondent for Iran International, spoke to villagers in a location near the facility, who confirmed the presence of Chinese personnel. The same detail was confirmed by residents of the nearby town of Murghab, who added that Chinese personnel had refrained from leaving their compound since the outbreak of the coronavirus pandemic earlier this year.

Although it is not explicitly stated in the Iran International report, access for journalists to cross-border zones in Tajikistan is all but forbidden without formal approval. This means that the report could only have been produced with the say-so of security services and military personnel.

Dodikhudo states in the report that the Chinese facility was opened in 2016 under the name Sitod, which is Tajik for “headquarters.” She describes the outpost as being specifically intended to forestall the prospect of ethnic Uyghur militants trickling across from Afghanistan into western China.

The Uyghur population in the Chinese province of Xinjiang has been targeted by a vast interment exercise that has, by some estimates, seen up to 1 million people torn from their families for indoctrination programs. The Chinese government denies these claims, insisting that the camps in question are only for vocational training.

Dodikhudo says in her report that she attempted to film the Chinese base but that she was prevented from doing so by outpost personnel. Secretly filmed footage shows little useful detail of the appearance of the buildings or the perimeter.

Murghab residents interviewed by Dodikhudo said they were concerned by the Chinese military presence, especially as there is so little information about their activities.

When the Washington Post reported on this base in February 2019, officials in Dushanbe insisted that the newspaper’s journalist, Gerry Shih, had confused a Tajik border post for a Chinese military base.

Dushanbe-based newspaper Asia-Plus cited a security source with a slightly different story, about how the facility was for Tajik border troops, but had been funded by China.

“In early October 2016, an agreement was signed between the governments of Tajikistan and China on the construction of border outposts on the Tajik-Afghan border. Under those agreements, the Chinese side allocated grants and itself also began to build three command centers, five border service outposts, five border service checkpoints and one training center on the Tajik-Afghan border,” the source said.

The U.S. government, meanwhile, is confident that not only is the Chinese military present in Tajikistan, but that it wants to expand its footprint in the country. In a report published on September 1, the Pentagon stated that Beijing is “seeking to establish a more robust overseas logistics and basing infrastructure to allow the PLA to project and sustain military power at greater distances.” Tajikistan was listed as one of 12 countries the PLA "has likely considered." China officially operates only one base overseas, in Djibouti.

Last year, Tajikistan conducted another round of joint military exercises with China’s armed forces in the Pamirs, lending weight to suspicions that Dushanbe is increasingly outsourcing its security needs to Beijing.

Tajikistan’s growing economic reliance on China is already a matter of fact. It currently owes Beijing $1.2 billion, a sum equivalent to 40 percent of the country’s external debt.