The government’s case has holes. And the trial looks designed to keep as much information as possible from reaching the public. 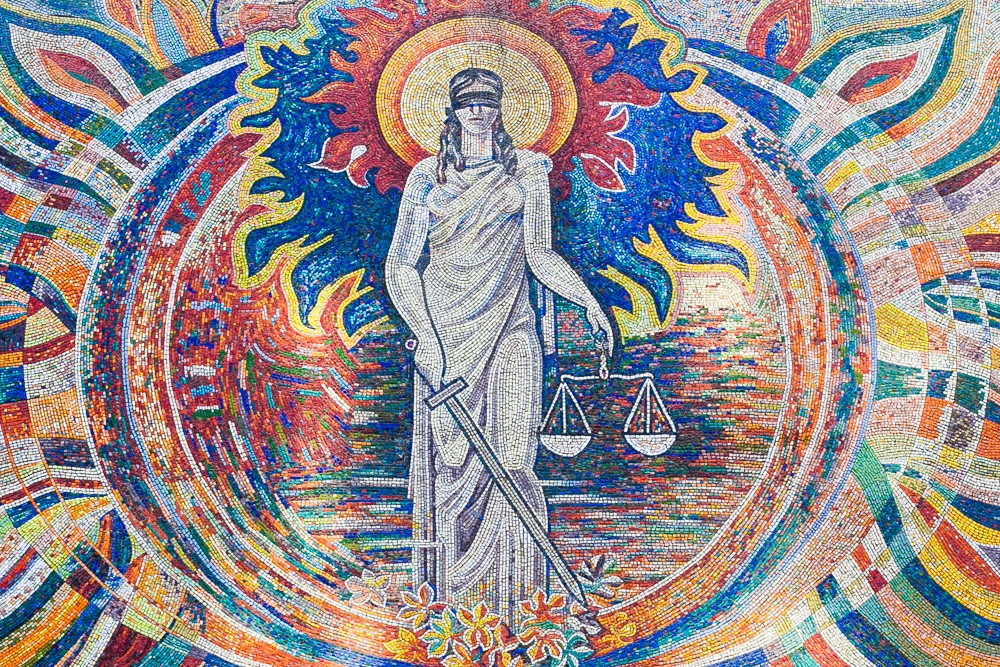 A terrorist attack that left four foreign travelers dead earlier this year stunned Tajikistan. And yet, the subsequent trial of the man accused of masterminding the killing, which ran from October 23 to November 21, was a cursory affair – rushed and wholly hidden from public view.

Untroubled by any explicit public calls for transparency from governments representing the victims, the Tajik authorities have in familiar manner fashioned a narrative laden with inconsistencies and self-serving claims.

Even on July 29, the day of the killings, it took many hours for the real state of affairs to emerge. The grave implication of a terror-related incident kept wary reporters from describing precisely what had occurred. As eventually became clear from mobile phone footage that was uploaded to the internet, a carload of men had targeted a group of touring cyclists, running them down and then subsequently attacking them with sharp objects.

Two of the dead, Jay Austin and Lauren Geoghegan, were from the United States. The other fatalities were Dutchman René Wokke and Hamel Markus from Switzerland. Another two in the same group were wounded and another cyclist, who was straggling, managed to avoid the assault altogether.

In a grisly symmetrical detail, the four young suspected perpetrators – brothers Asliddin and Jafariddin Yusufov, Asomiddin Madjidov and Zafarjon Safarov – would be killed by government forces in the days that followed. Law enforcement officials claimed that the men were violently resisting arrest.

The appearance of the four men swearing fealty to the Islamic State group in a video rapidly foreclosed discussions about their possible motivations. It took a little over two months for prosecutors to declare they had completed the investigation.

The only people left to put on trial were Husein Abdusamadov, who stood accused of organizing the attack, and 14 other people charged variously with providing material support to the group and failing to report a crime in a timely manner.

Parents and other relatives of the defendants were denied the right to attend hearings. At each hearing, parents would bring food for their children in the dock, but were refused permission to see them.

“Only the lawyers could come out and tell us what was happening in the court. They didn’t let us into the courtroom,” one parent who daily visited the Justice Ministry detention facility where the trial took place told Eurasianet on condition of anonymity.

Diplomatic representatives from the United States and the other victims’ countries were likewise denied access to hearings.

Meanwhile, the survivors of the attack were not invited to the trial to provide witness testimony.

“They would not have come to court anyway,” one person involved in the trial told Eurasianet on condition of anonymity. “If they had wanted to come, they could have applied to the court, and of course they would have been admitted.”

Instead of having survivors testify in person, the prosecutors had representatives from the State Tourism Committee give witness as the offended party.

Journalists were also not permitted to follow the trial, forcing them to rely on leaks and confidential sources for a sense of what was happening behind closed doors.

One eyewitness who was in the courtroom provided Eurasianet with an account of salient passages of the trial on strict condition of anonymity.

This is the scenario outlined by the prosecution.

A few days before the attack, Abdusamadov is said to have visited the north of Tajikistan to scope out possible targets. On his reconnaissance mission, Abdusamadov, who had never previously visited that part of the country, purportedly discovered to his surprise that not many foreign tourists pass through that region.

In his testimony to the court, Abdusamadov spoke about being given instructions from Nosirkhuja Ubaidov, a mentor also going by the self-styled name of Qori Nosir.

“[Abdusamadov] explicitly said that according to the instructions, they should not touch citizens of Tajikistan, they should kill foreign citizens,” Eurasianet’s source in court said.

With the north providing no promise, Abdusamadov instead turned his focus to the south. And so, on the morning on July 29, he and his four accomplices came across their prey as they were leaving the town of Vose and heading in the direction of the capital, Dushanbe.

A group of five followed the seven cyclists to the village of Sebiston, in Danghara district. Asliddin Yusufov was at the wheel. Once they mowed down their targets, Madjidov and Safarov emerged from the car with their weapons and finished off the prone cyclists. As they fled the scene, they again ran over at least one of the victims.

Heading south, the group reached the village of Tumbulok, where they decided to split up to avoid drawing suspicion. Abdusamadov would on the evening July 29 be captured in Tumbulok. Asliddin Yusufov, who was with him, was killed by government forces.

The other three, Jafariddin Yusufov, Madjidov and Safarov, headed even further south, into a bone-dry canyon between Danghara and Afghanistan. In court, Abdusamadov would later say that the plan was for all of them to flee into Afghanistan. Officials say this larger group, which was armed with bladed weapons, was tracked down to the village of Osmondara and shot dead while attempting to resist arrest.

But this is where the government’s account becomes truly problematic.

Journalists from Netherlands television news program Nieuwsuur who traveled to Osmondara spoke to local people who described a different scenario.

Sometime after midday on July 30, Zarif Boltayev was out riding his horse while engaged in the pistachio harvest. Boltayev told Nieuwsuur that around 2 or 3 o’clock in the afternoon, he spotted three men heading toward the mountains on the edge of the Panj district, which lies across the river from Afghanistan. The alert had been raised about a wanted group of criminals on the run, so the presence of the men provoked suspicion and Boltayev decided to follow them. He said that he waited until they emerged from their place of shelter in the hills to find something to drink.

“I approached them and asked where they had come from and where they were going. One of them asked if there was still far to go to [the town of] Panj. Another said he was from Danghara,” Boltayev told Nieuwsuur reporters.

This was enough to convince Boltayev, who then called the police.

But Boltayev and other Osmondara residents insist that the men were captured alive, although they say one of them appeared to have been shot in the leg while attempting to flee.

On the evening news on July 31, state television broadcast graphic images of four dead men lined up in a row in an unidentified field. The visual documentation was not just grisly but also odd, as one of the men had been killed several hours drive away from where the others were said to have met their end.

Waiting for the judge

Abdusamadov’s trial was seemingly designed with the specific intent of keeping as much information as possible from reaching the public. Instead of the hearings taking place in court, they were held in a Justice Ministry detention facility. Officials said the location was selected for security purposes.

The defense lawyers, a mix of state-appointed and privately hired briefs, would rarely know what they were expected to do from one day to the next. Only at the end of the day would the judge reveal whether there were to be hearings on the morrow.

“We would plan each day on the basis of whatever the judge said. Then we would turn up and wait for the judge to arrive. He might come at 10 a.m., or after midday, but we would wait for him from 9 a.m.,” Eurasianet’s source in the courtroom said.

Each defendant was cross-questioned twice. But Abdusamadov, who appeared to have grown much more gaunt since his arrest, faced questions every day and offered up some unexpected details. It would appear he was an academically gifted pupil. The court heard that he also had a good command of English and Russian.

After Abdusamadov completed his studies, he left Tajikistan to go to Russia for work, as many hundreds of thousands of his compatriots are likewise forced to do.

Throughout the trial, Abdusamadov adopted a pose that was at turns petulant and defiant.

“Husein [Abdusamadov] hanged his head the whole time. Even when they asked him questions, he refused to stand up. The guards would force him to stand up,” the courtroom source said.

In one session of cross-questioning, he told the court that he regretted nothing and that he was proud of what he had done. His mother, who was allowed into the court on a couple of occasions, pleaded in vain with him to recant and beg for forgiveness.

Another 13 defendants were sentenced to terms of between one and 16 years in prison. The only woman in the dock, Bahriniso Haidarova, was given a one-year suspended sentence on account of her two-year-old child.