Yatimov has run the security services since 2010. 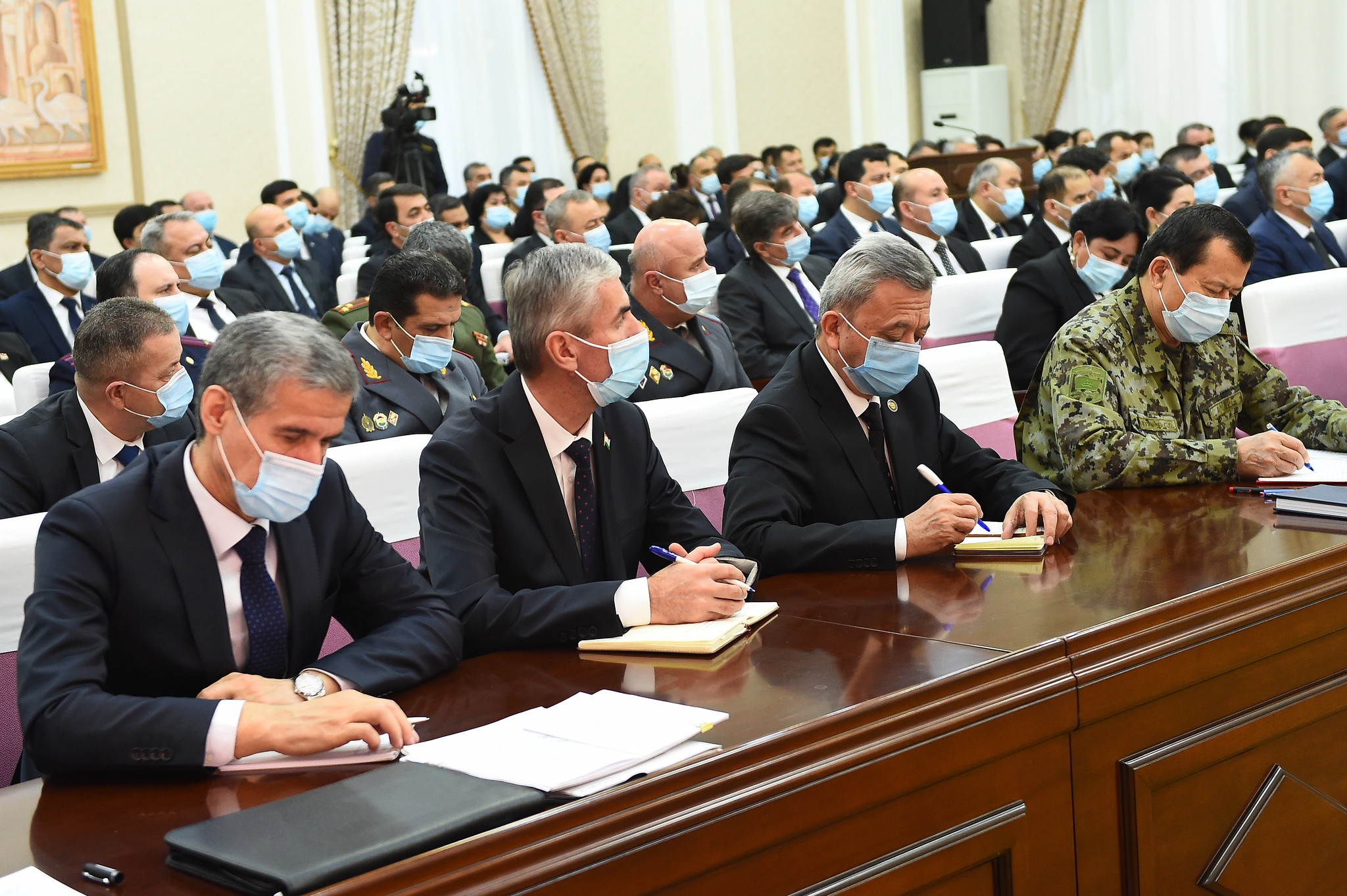 In the absence of reliable information provided by a free and vibrant media, people in Tajikistan grasp at whatever extravagant rumor is doing the rounds.

One that has been circulating since the start of the month has centered on purported plans by the ruling regime to sideline the powerful head of the State Committee for National Security, Saimumin Yatimov.

Yatimov, 67, is the oldest member of the government and has headed the GKNB, the regime’s primary tool for unleashing repression against the general population, since 2010. The speculation is that figures around President Emomali Rahmon are eager to fire Yatimov, ostensibly by relying on rules requiring state officials to retire once they reach the age of 63, so that they claim his power for themselves.

The rumor, in fact, is that this may have happened already. Yatimov has not been seen at public events since around February 9, which has added fuel to the chatter. Officials are declining to either confirm or deny claims that Yatimov has been removed.

Yatimov is a mysterious figure even at the best of times. He has two official biographies.

According to one account that was on government websites until 2020, he completed his studies at the Kulob State Pedagogical University in the mid-1970s and went on to become a Tajik language and literature teacher at a middle school in his native Farhor district. By the early 1980s, that official narrative used to state, he got into local government, and worked through to 1992 as head of the Farhor district executive committee. In the mid-1990s, he made his first big career leap into the Foreign Ministry. And on and on, until he got his current job.

His revised CV, which was changed without any explanation, has him completing studies at a KGB academy in Minsk, then the capital of the Belarusian Soviet Socialist Republic, in 1980. From 1981 through to 1989, he is said to have worked as a KGB operative in the Tajik city of Khorog, the capital of the Gorno-Badakhshan Autonomous Region, or GBAO.

In the final two years of the Soviet Union, he acted as deputy head of the KGB in Dushanbe. And then, when independence arrived, he continued to occupy important roles in the security services apparatus.

The Farhor link is the one certainty amid those contradictory biographies. Indeed, Yatimov is said to be perhaps the last surviving member among the so-called Farhor clan that joined the highest echelons of the ruling elite when President Rahmon came to power in the early 1990s. Rahmon’s own family comes from the town of Dangara, which is around 80 kilometers north of the Farhor, which in turn lies just north of the border with Afghanistan.

Conspiracy theories about uneasiness in the relationship between Yatimov and Rahmon are not new. The often elaborately embellished rumors are typically a variation of one narrative which has it that Yatimov enables occasional flare-ups with a view to maintaining a constant undercurrent of instability, thereby discrediting Rahmon with the public and accordingly making himself an indispensable figure.

Some residents of the GBAO, which has for months been suspended in a state of high tension amid fears that government troops intend to unleash a security sweep in a long-planned response to the protests that roiled the city in November, are inclined to give this explanation considerable weight, for example. Last year’s rallies were sparked by the police killing of a young man called Gulbiddin Ziyobekov in the GBAO’s Roshtkala district. But there are those who see scheming behind this event.

“Ziyobekov, who was killed in the Roshtkala district, used to do sports at the same stadium as riot police and GKNB officers. He did sport there until the day of his death, but they never detained him. And then they killed him demonstratively in front of other residents. And that caused all the unrest,” one GBAO resident told Eurasianet on condition of anonymity, by way of bolstering his theory about Yatimov being behind the trouble.

Another strand of speculation has swirled around the issue of when and if President Rahmon, 69, plans to step down. The consensus among political observers is that he intends to hand power over to his son, 34-year-old Rustam Emomali, who currently occupies jobs as mayor of the capital city, Dushanbe, and speaker of the upper house of parliament. The thinking is that before this can happen, all important power-wielding bodies – and it is implausible any have as much covert influence as the GKNB – need to be placed under the Rahmon family’s direct control.

If the GKNB is wrested out of Yatimov’s hands, it may be the strongest sign yet that the succession plan is in motion.