Yatimov is said to have served as a KGB officer for more than a decade. 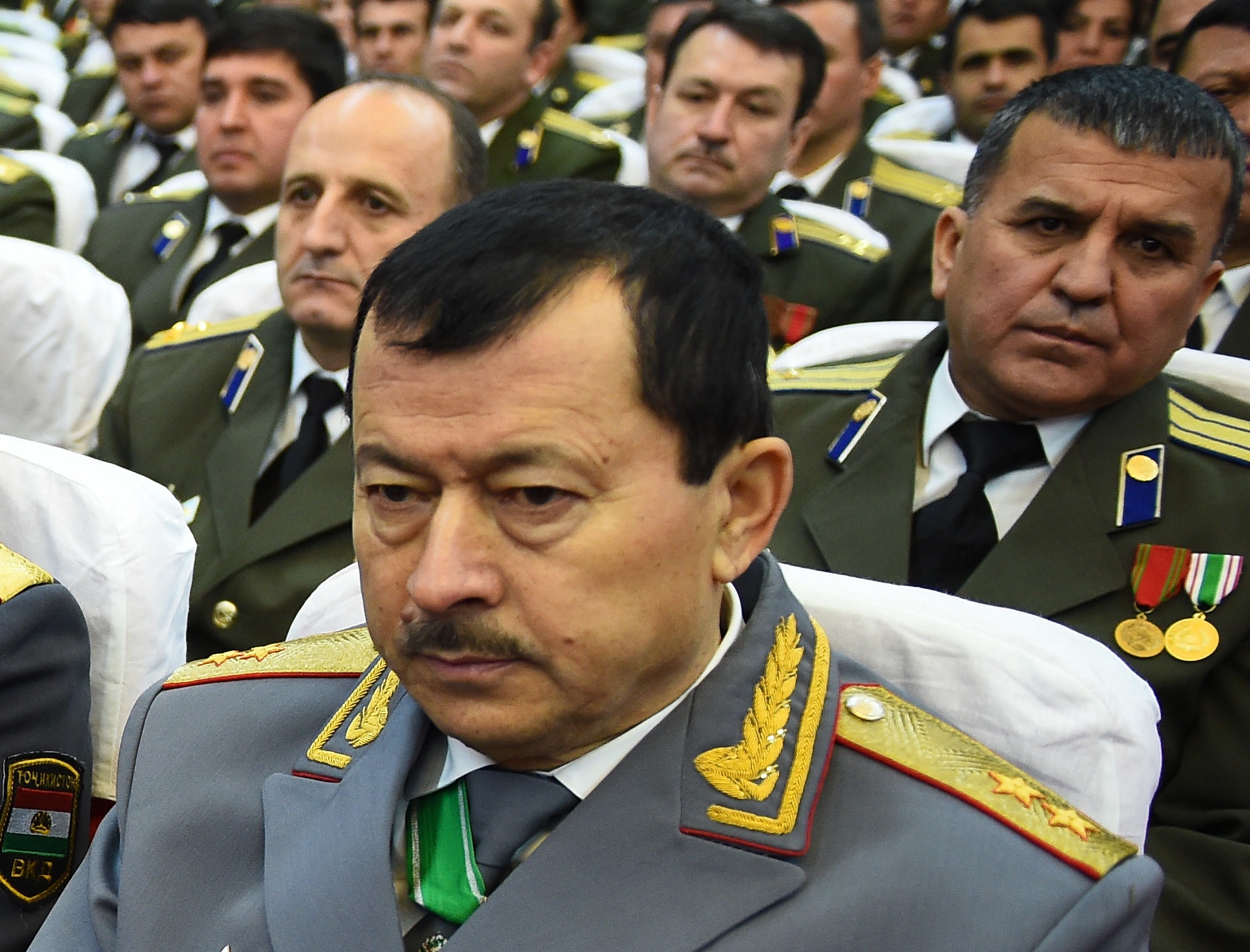 In a purely routine, post-election piece of personnel management, Tajikistan’s president this week reappointed his long-standing head of the national security services, a successor body to the KGB.

No change there, even though Saymumin Yatimov, 65, is technically past retirement age and is now the oldest figure in President Emomali Rahmon’s inner circle.

What is new, however, and for reasons that are unclear, are the details of Yatimov’s official biography.

No longer is Yatimov is the former schoolteacher and provincial bureaucrat who somehow climbed his way to the top. In his revamped life story, he was a senior KGB operative in the dying decade of the Soviet Union. After Tajikistan’s gained independence in 1991, he continued making his way through the higher echelons of the country’s security apparatus.

It is a dramatic reimagining for a powerful figure who was nonetheless often, if discreetly, mocked for his origins. It was only because he is a member of the muscular Farhor clan in the southern Khatlon province, where much of the country’s leadership has its origins, that he made it so far, his detractors scoff.

So, what was Yatimov’s previous story?

He completed his studies at the Kulob State Pedagogical University in 1976 and went on to become a Tajik language and literature teacher at a middle school in the Farhor district. By the early 1980s, he got into local government, and worked through to 1992 as head of the Farhor district executive committee. In the mid-1990s, he made his first big career leap into the Foreign Ministry. For three years at the end of the decade, Yatimov occupied a senior position in the Tajik Embassy in Iran.

The 2000s marked another upward shift – again, this is according to the old biography. Over a five-year period until 2005, he was deputy head of the Security Ministry. Then he returned to diplomatic duties for another five years.

But 2010 was the decisive turning point. Although his background gave little indication he was suited for the job, he was appointed in September that year as chairman of the State Committee for National Security, or GKNB, the job he holds to this day.

While in that role, he has proven ferociously dedicated in one particular pursuit – persecuting Rahmon’s foes. Yatimov’s helmsmanship at the GKNB has seen the obliteration of the opposition and suppression of independent media. For that reason, his critics have likened him to Lavrentiy Beria, the Stalin-era chekist most closely associated with the height of Soviet repression.

Yatimov’s new-look biography, which is featured on the same page where his re-appointment was announced, departs significantly from the earlier version about what he did in the 1980s.

In 1980, he is said to have completed studies at a KGB academy in Minsk, then the capital of the Belarusian Soviet Socialist Republic. From 1981 through to 1989, he was a KGB operative in the Tajik city of Khorog, the capital of the Gorno-Badakhshan Autonomous Region.

In the final two years of the Soviet Union, he acted as deputy head of the KGB in Dushanbe. And then, when independence arrived, he continued to occupy important roles in the security services apparatus.

The revised autobiography merges back to its former version in the late 1990s, when he is seen taking up jobs in the Foreign Ministry. In this narrative of Yatimov as a now-seasoned KGB operative, this stage of his career takes on a whole different hue.

His posting in Iran, for example, arrived in the immediate aftermath of Tajikistan’s civil war, which state media has repeatedly over the past few years tried to pin in part on Tehran’s alleged meddling. A job in the Tajik embassy in Iran would be ideal cover for an intelligence operative.

Stints in the Foreign Ministry could be understood as intent from the security services to keep a close eye on the country’s diplomats – standard KGB practice, incidentally.

People with good insights into his career will not be surprised by any of these fresh details, though.

A description of Yatimov in a leaked 2005 U.S. State Department cable, for example, makes it clear that the Americans knew more about his background than the Tajik government was openly letting on. Yatimov, who had just been appointed first deputy foreign minister at the time, is characterized as a “career KGB officer.”

“Although the Foreign Ministry has a good number of secunded [sic] Security Ministry officers in its various sections, Yatimov will be the most senior among them,” the Embassy document reads.

“In his late 40's, he speaks reasonably good English, although it becomes increasingly fractured in long meetings, and insists on using it even with Russian-speaking American officers. His English seems to some to have a slight Chinese accent,” the missive reads.