Islamic authorities appear to be the target. 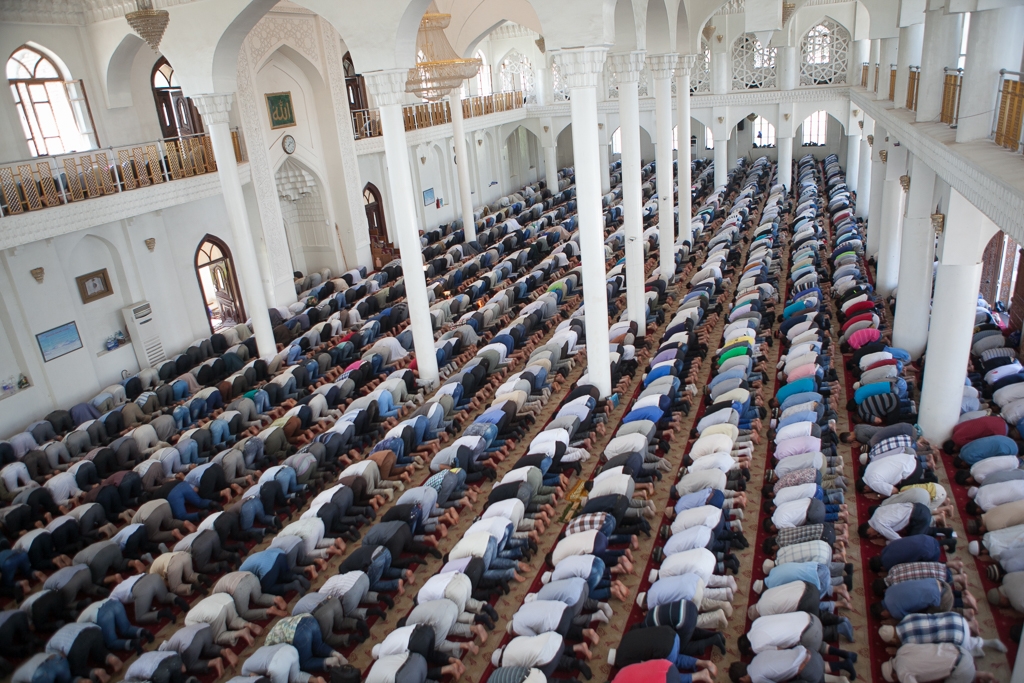 Authorities in Tajikistan have since the start of this year been waging a campaign of arrests targeting Islamic clerics and teachers as part of an operation seemingly intended to neutralize perceived dissident voices ahead of important political dates.

Among those reportedly singled out for detention are extended members of the Turajonzoda family, the country’s most prominent Sufi authorities, and teachers who have received educations in mainly Muslim nations.

The government has made no public pronouncements on any of these arrests, and Eurasianet sources have said that relatives of people affected by the sweep are being warned against speaking to the media on pain of legal repercussions.

Estimates of the scale of the sweep vary.

RFE/RL’s Tajik service, Radio Ozodi, reported on January 20 that around 70 people are being charged with membership of banned organizations – this being an apparent reference to the Muslim Brotherhood, which was proscribed in Tajikistan in 2006.

Eurasianet’s sources in government structures have suggested a slightly higher number, closer to 100. But those sources have said a far greater number, up to 1,000 people, have been brought in for questioning by law enforcement bodies.

The assorted reports on what appears to be an ongoing process suggest there is no specific focus on any single group.

Prague-based website Akhbor reported that Mahmudjon Latifi, a former teacher at the Tajik National University’s Oriental Studies department, is among the detainees. Latifi is the son-in-law of Nuriddinjon Turajonzoda, a respected Sufi figure who is in turn the brother of Khoji Akbar Turajonzoda, popularly deemed the country’s foremost Islamic authority. Another relative of the Turajonzoda brothers, their brother-in-law Ismoil Kahhorov, who is also known as Mullo Ismoil, has likewise been arrested, the website said.

Radio Ozodi cited a source at the Tajik State Institute of Languages as saying five staff there had been detained. Eurasianet’s sources have indicated up to 40 people, mostly teachers of Arabic, have been arrested nationwide. It is unclear on what charges they would have been taken into custody.

The common thread appears to be that many of the detainees have spent time engaged in either religious or Arabic language studies in countries deemed as suspect by the Tajik authorities. The government has in recent years pressured thousands of young people pursuing studies in countries like Egypt, Iran and Pakistan to suspend their courses and return home out of fear they could fall under the sway of radical Islamic groups.

Akhbor has alleged that the sweeps may have claimed at least one life so far. Citing unnamed sources, it said that 72-year-old cleric Domullo Safarkhoja, from the town of Kushonien, in the Khatlon province, died shortly after being released, following interrogations by law enforcement officers earlier this month.

Three of the same cleric’s children and a grandson were also reportedly taken into custody. The sons are said to have been released, while the grandson was kept for further questioning.

With officials declining to comment publicly on the arrests, there is little clear understanding about what underlies the campaign.

Political observers suggest that the government may be putting religious authorities perceived as diverging from the official line of Islamic practice on notice as the country gears up for parliamentary elections, in March, and presidential elections later in the year.