Pamiri leaders have travelled outside their region for the first time in five years, possibly for talks. 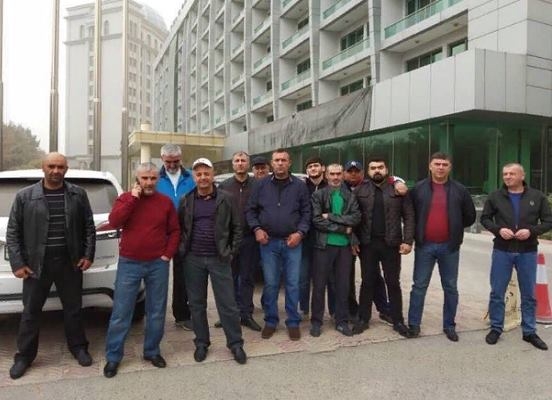 Unease in Tajikistan’s Pamir region appears to have spilled over into actual violence at the weekend after a prominent local police officer allegedly fired gunshots at a group of local people.

Subhon Sabzaliyev, a 31-year-old resident of Khorog, the capital of the Gorno-Badakhshan Autonomous Region, or GBAO, said the incident occurred shortly before midnight on November 4, while he was hanging out with five friends near the center of town.

Sabzaliyev said a Mercedes pulled up at the spot and that a commander with the OMON riot police fired from the window with a traumatic pistol, a type of firearm that discharges powerful but typically non-lethal rounds.

“It all happened so suddenly. We all began to run away. What else are you supposed to do when they start firing? I was hit in the leg twice, another guy was wounded in the ribs,” Sabzaliyev told Eurasianet.

Officials have yet to comment publicly on reports about the alleged incident.

GBAO has been on edge since September 15, when President Emomali Rahmon used his presence in Khorog to dress down top security officials over what he described as a state of lawlessness in the region. As part of the security crackdown that followed, authorities have strongly discouraged people in GBAO from mustering in groups. It is not clear that this purported shooting was connected to that injunction, which applies on paper to suspected criminal gangs but is being applied loosely across the board.

Sabzaliyev identified the man who shot at him as OMON commander Khurshed Muhammadzoda. He said Muhammadzoda was a recognizable figure whom residents had seen often at police checkpoints around Khorog.

“This general has often pulled out his pistol and pointed it at people. But until now he has not actually shot anybody,” he said.

Rahmon’s stated goal in GBAO is to neutralize a handful of local powerbrokers that he says are responsible for a wave of criminality. A previous effort in 2012 to capture this group of informal leaders, who are accused by the authorities of being at the head of drug- and gem-smuggling rings, ended poorly for the government. In one rare sign of public pushback, many thousands of people in the Pamirs, whose inhabitants are ethnically distinct from the majority Tajik population, emerged onto the streets to register their discontent over perceptions the government was seeking to further curtail their autonomy.

Khorog residents have told Eurasianet that there are plans to hold another rally on November 6 to demand the removal of OMON security checkpoints in Khorog. The checkpoints appeared in the wake of Rahmon’s remarks in mid-September.

“We are tired of seeing special forces, Alfa [special forces unit] troops and riot police in our region. This town [Khorog] is just 6 kilometers long, but there are nine roadblocks. What is this, Syria?” one exasperated resident told Eurasianet, speaking on condition of anonymity.

Tolerance for public displays of dissent has nose-dived sharply in Tajikistan since 2012, however, while the central government’s security presence has intensified in GBAO, so prospects for a peaceful rally going ahead appear dim.

This situation is unfolding just as the informal Pamiri leaders at the center of this standoff are elsewhere in Tajikistan.

All that is clearly understood is that a group of the figures in question — namely Tolib Ayombekov, Yodgor Mamadaslamov, Munavvar Shanbiyev, Zoir Rajabov, Mamadbokir Mamadbokirov, Khursand Mazorov and Amriddin Alovatshoyev — has left their native region for the first time in more than five years. Although no court ruling was made barring them from leaving GBAO, it is understood that the group was abiding by unspoken instructions to refrain doing so under the terms of an agreement to bring an end to a bout of violence between government troops and local gunmen in 2012.

Multiple media have given wildly divergent accounts of the movements of the Pamiri leaders, however.

Prague-based website Akhbor, which routinely relays news from seemingly well-informed sources, on October 27 reported that the men had gone to Dushanbe for talks with President Rahmon. Some days later, on October 31, the same website claimed this parley had been brokered by businessmen close to Rahmon’s son and mayor of Dushanbe, Rustam Emomali, who is widely touted as a likely presidential successor.

But also on October 27, state news agency Khovar published an article staunchly denying any such meeting had taken place.

The article dwelled instead on the claim that the men had gone to the regional prosecutor’s office in Khorog on October 22 and, while there, admitted to creating a network of criminal gangs.

“A criminal is a criminal, and since October 22, after they confessed their grave misdeeds, they have been able to go where they want. They promised that they would no longer provoke unrest,” Khovar said in a commentary included in the news article.

The news agency further claimed that while the Pamiri informal leaders were at the prosecutor’s office, they signed a written pledge not to engage in any future criminal behavior in return for a commitment from the authorities to refrain from any special operations to detain or kill them.

Further muddying an already deeply confused picture, RFE/RL’s Tajik service, Radio Ozodi, on October 29 cited one in this group of men — Rajabov — as saying he had traveled to Dushanbe and later to the nearby valley-bound district of Varzob purely for purposes of recreation.

On the same day, Asia-Plus newspaper cited law enforcement sources in GBAO as stating that officials in Dushanbe had invited the group to travel to the Bahoriston sanatorium in the northern Sughd region, presumably also for negotiations. According to the account provided by Asia-Plus, only a few in the group agreed to this plan.

What the physical absence of a large number of local leaders from the GBAO means in light of fresh allegations of police misconduct and threats to hold protest rallies is difficult to ascertain. Whatever it is, it will be some time before the veil of anxiety is lifted in the Pamirs.