Dushanbe’s hope to pay for a giant dam using funds from electricity exports is wishful thinking. 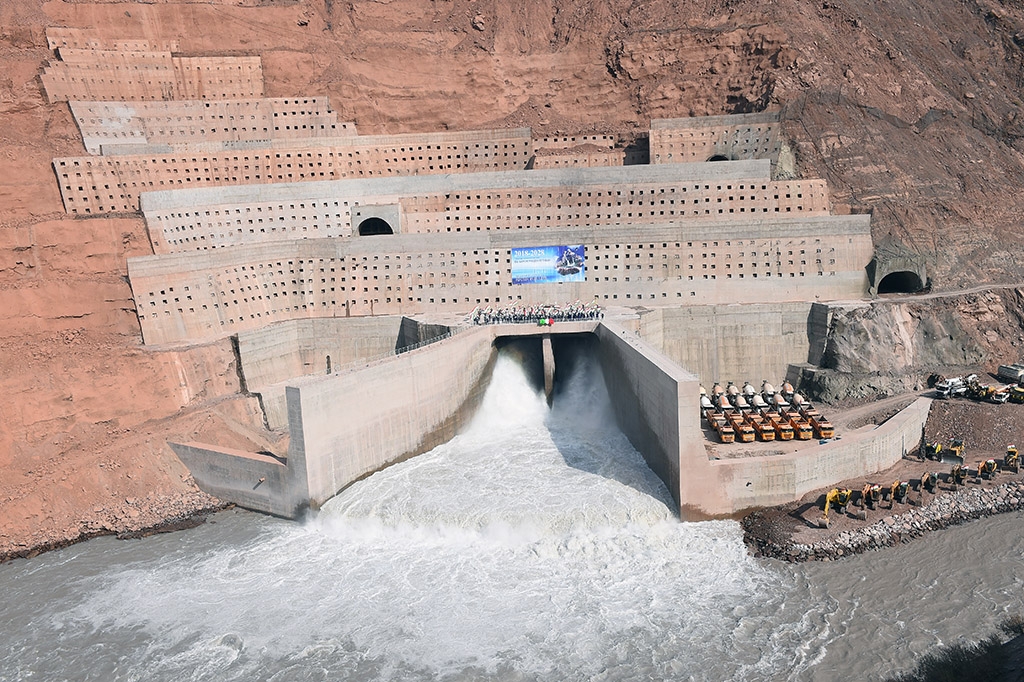 The second turbine of the giant Roghun hydropower plant project finally came online this week. While this is some much-needed good news for the government, it is unclear how Dushanbe can fund the four remaining turbines. The project has been estimated at $3.9 billion, with construction expected to continue for at least 14 more years.

To jumpstart Roghun, the government floated a $500 million sovereign bond in September 2017. No multilateral development banks have committed to the project, leaving the government to foot the bill on its own. Dushanbe says it will use sales of the electricity generated from the first two turbines to continue construction. Is that feasible?

Tajikistan exported about 2.4 billion kWh of electricity in 2018, translating into export earnings of about $77 million. In the first seven months of 2019 the country exported 1.26 billion kWh, earning about $58 million. That’s hardly enough to pay even the interest on Tajikistan’s loans.

The World Bank estimates that principal and interest repayments worth around $1.8 billion are coming due between 2018 and 2020 (on public and publicly guaranteed external debt).

That is roughly $600 million per year. Where will Dushanbe get this money when it is already desperately in need of funds to bankroll construction of Roghun? Though foreign direct investment (FDI) inflows have been rising steadily over the past decade, they remain low (and, since they are in dollars, offer a useful comparison because Tajikistan will have to pay its external debt in dollars):

The only option for the government is to continue to take on more debt – likely from its close ally China – to help pay off its current debt. World Bank data show how Tajikistan has been steadily borrowing each year. The total stock of public and publicly guaranteed debt has more than doubled over the past decade from $1.1 billion in 2007 to $3.1 billion in 2017 with the total external debt stock (including private debt) rising at an even faster pace, from $1.4 billion in 2007 to $5.9 billion in 2017.

Tajikistan’s indebtedness has now risen enough for the World Bank to categorize the country as at a “high” risk of being unable to service its obligations. Debt is about 80 percent of GDP even before it has fully funded Roghun. But instead of deleveraging and reducing this worrisome ratio, the country seems set to take on more and more.