Prices for staple goods, which had already been rising, will now surge further. 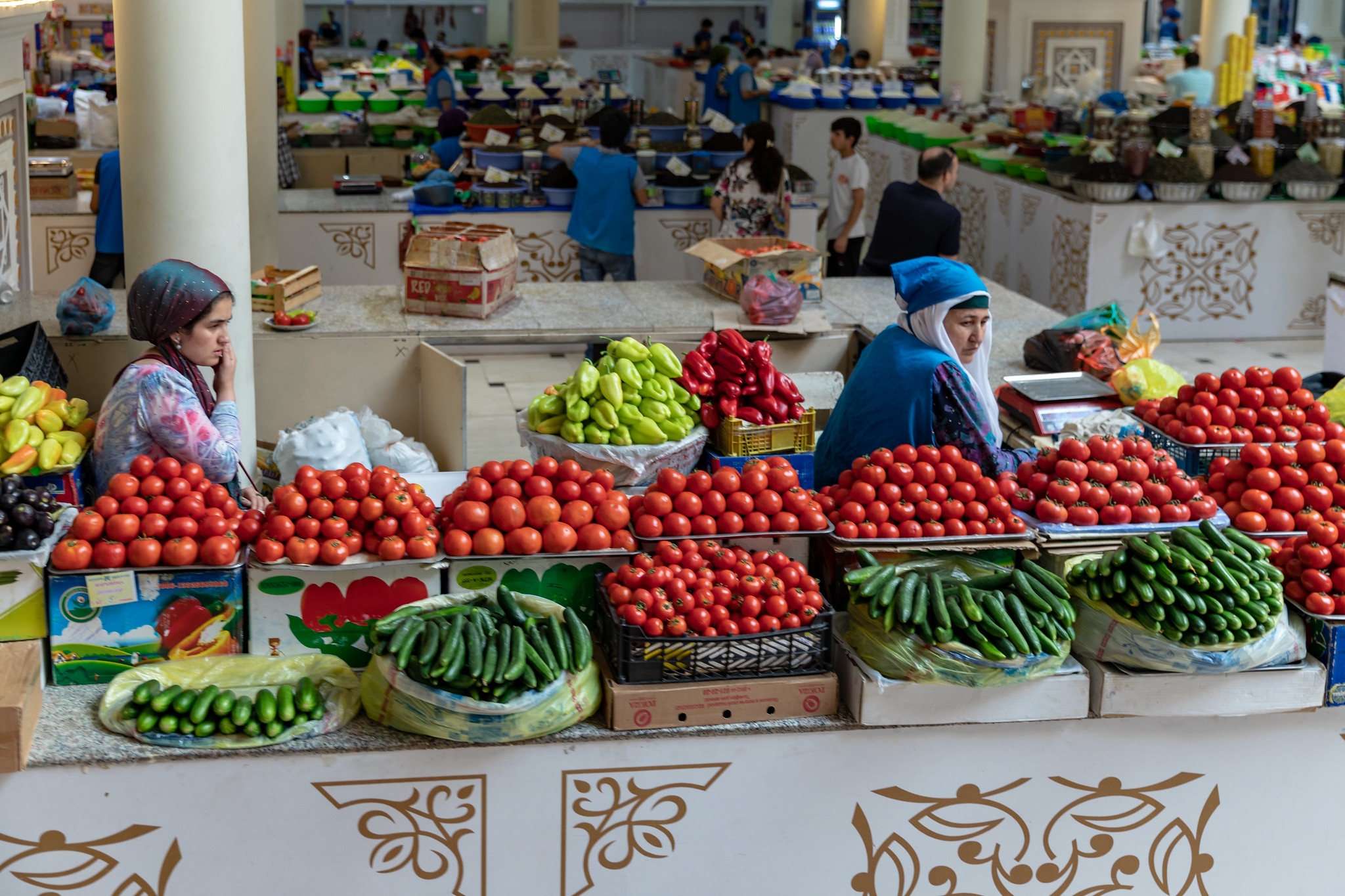 Prices in the bazaar are rising, and will continue to rise. (Photo: Flickr)

Tajikistan’s currency lost 10 percent of its value against the dollar in an overnight correction that the National Bank said on November 4 was intended to harmonize official and black-market rates.

The gap between official and unofficial rates began to manifest in a pronounced fashion in 2016, after the financial regulator ordered the closure of all unauthorized currency exchange points. After that, only banks were able to perform foreign exchange operations. Any currency exchange transactions done outside banks are punishable by up to nine years in prison.

Since that time, the official-unofficial rate gap has stood stably at around 10 percent. The National Bank does not speak in its statement about black market trading, but refers only to the “non-banking market,” which in effect means the same thing.

But even as the National Bank moved to harmonize rates, black market prices for the somoni have in any event again shifted, to 12 against the dollar, Eurasianet has learned.

Attempts to police currency transactions are doomed to failure since Tajikistan remains an intensely import-dependent country. Much of what is purchased domestically – including items like household goods, toilet paper and clothes – is brought in from overseas and traders are often forced by necessity to fall back on unlawful sources of hard currency.

Asia-Plus newspaper has reported, citing National Bank data, that Tajikistan’s negative balance of trade for the first eight months of this year stood at $960 million. The value of imports exceeds that of exports more than twofold.

The vast bulk of Tajikistan’s exports are accounted for by aluminum, cotton, ores and precious metals.

A root cause for the devaluation offered by the National Bank is the decline of remittances, which has been brought about by the COVID-19 pandemic, and the lack of foreign investment.

According to the National Bank, remittances, which account for around one-third of the economy, fell by 14.8 percent in the first half of 2020. Speaking at a press conference in July, National Bank chairman Jamshed Nurmuhammadzoda said labor migrants in Russia had sent home $999 million from January to June. That marks a $174 million drop on the same period the year before.

The slide of the somoni comes just as prices for many staple goods are on the rise. Shoppers at bazaars have since the middle of October, following an election that saw President Emomali Rahmon returned to office with a commanding majority, been reporting 30 percent increases in the cost of items like flour and sugar. Almost three-quarters of Tajikistan’s food needs are met through imports. The devaluation is, accordingly, certain to push prices up even further.