Officials say 1,000 people have recovered in a two-day period. 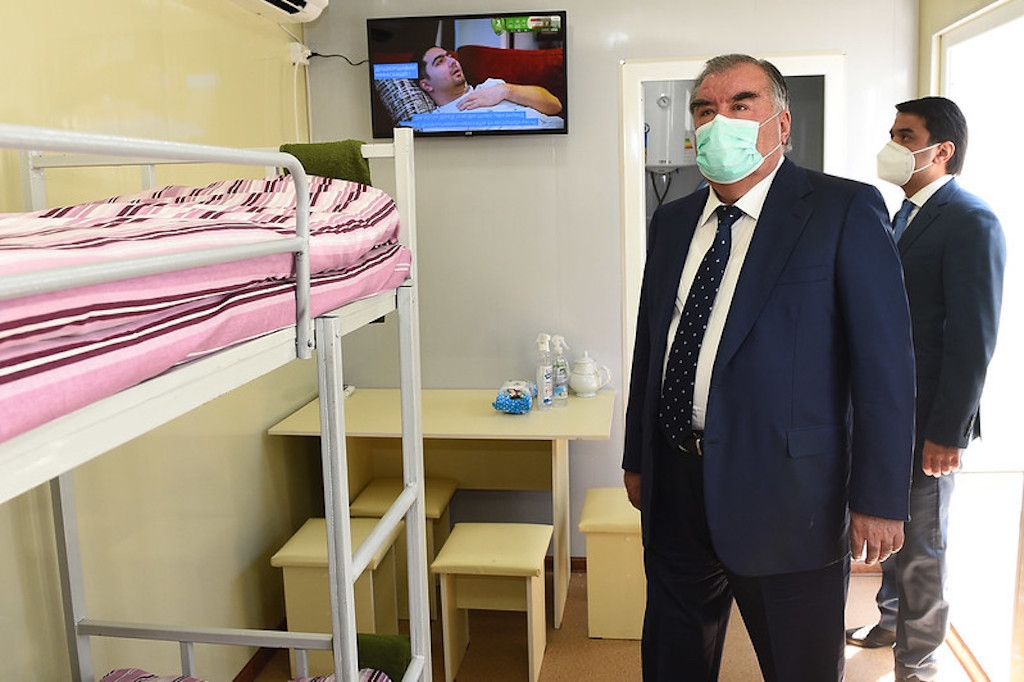 Tajikistan is claiming major strides in containing its coronavirus outbreak. The figures may prompt some to cock an eyebrow, however.

The Health and Social Ministry said that as of May 21, a little more than 1,000 people had recovered from COVID-19. That is nearly half of the 2,350 confirmed cases to date.

This huge spate of recoveries was reported over a two-day period. It is especially remarkable considering that Tajikistan only admitted it had coronavirus cases on April 30. Around 1,200 cases out of the total number were confirmed as recently as between May 15 to May 21, amounting to around 200 daily.

Recovery times for coronavirus tend to vary on average from two weeks for mild cases to anywhere between three and six weeks in more serious situations. That would in theory make Tajikistan’s claim slightly more credible, although it is probable, given the extreme weakness of testing capacity, that many of the known cases incline to the more serious end of the scale.

No information has been made public about what protocols doctors are using to treat COVID-19 patients. It is unclear whether the negative diagnosis for purported carriers is based on tests or assumptions by the medical staff. Tajikistan has, in contrast with neighbors like Kyrgyzstan and Uzbekistan, refrained from providing detailed breakdowns of the epidemiological situation and has limited itself to once-daily updates on the total number of cases.

According to the latest available information, Tajikistan only has capacity for carrying out 250 PRC-based tests daily.

Skepticism about claims of success are also nourished by Dushanbe’s record for dissembling around this crisis. For many weeks before April 30, the country had seen an abnormally large number of people reported dying or falling sick for reasons alternately attributed to pneumonia, tuberculosis, and even H1N1, better known as swine flu.

Even after the outbreak was confirmed, though, the Health Ministry and the Prosecutor General's Office warned activists that they would punish anybody deemed to be sowing panic by collating and sharing information about the real situation with coronavirus.

President Emomali Rahmon has maintained a very low-key profile in the weeks since the outbreak began, but he did emerge from incognito on May 20 to visit a number of healthcare facilities in Dushanbe. He was accompanied on those rounds by his son and presumptive heir, Dushanbe Mayor and Senate Speaker Rustam Emomali.

Somewhat late in the day, the president has issued instruction to organize short-term courses to train up infectious disease doctors, virologists and specialist nurses. Rahmon also made a point of saying that medical officials needed to keep a regular tally of how much medicine and protective clothing they have in stock and that they need to coordinate their information with the government coronavirus task force on a daily basis.

Much of this kind of work has fallen since March to groups of volunteers, who have raised money to provide doctors with PPE and even food, as well as to buy medicine.

In other news, the government announced on May 20 that it was finally going to begin undertaking efforts to repatriate Tajik citizens stuck abroad because of the travel restrictions in place around the world. The authorities had previously declined to grant charter flights clearance to bring home those people. Just how fast that process now happens, though, will depend on the “creation of necessary conditions, including the availability of sufficient places for quarantine," officials have reportedly stated.