Rustam Emomali would take over if anything happens to his father. 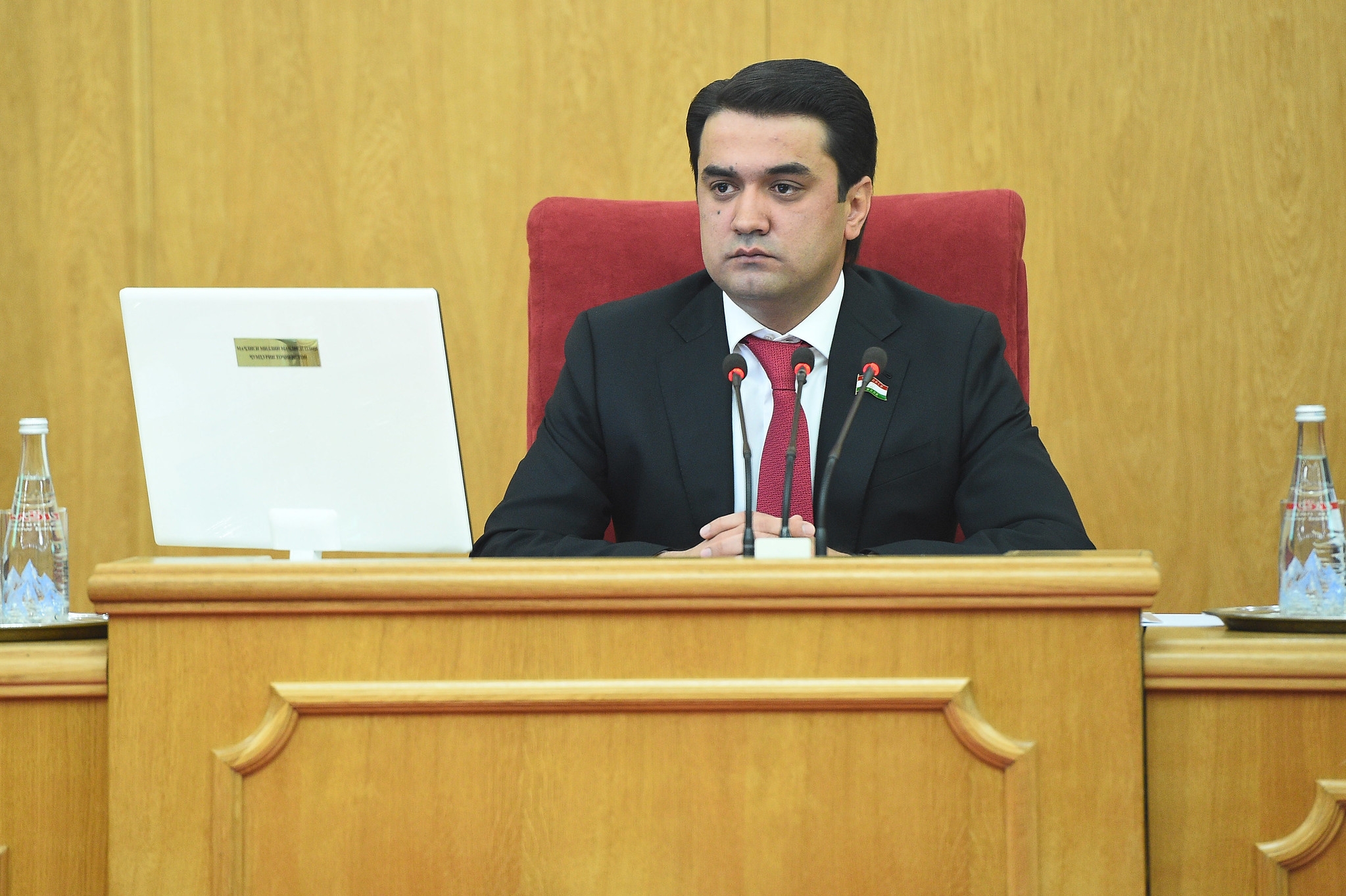 The son of the president of Tajikistan was on April 17 elected speaker of the upper house of parliament, in effect placing him in pole position to eventually take over from his long-ruling father, President Emomali Rahmon.

Rustam Emomali, 32, could in theory run for the highest office as early as this November, as a result of a constitutional reform enacted by referendum in 2016 that reduced the minimum age of eligibility for presidential office from 35 to 30 years. Elections are scheduled to take place no later than that month.

By taking over as chair of the Majlisi Milli, he will already formally be positioned to take over the reins in the event of Rahmon, who is 67, dying or otherwise being unable to fulfill his duties. In the opaque world of Tajik politics, there is no knowing precise details about Rahmon’s state of health, although it seems likely that thoughts of succession may have been accelerated by the death of his brother, Nuriddin Rahmon, in 2017. The brother was 67 when he died of heart failure.

Polls on March 1 for the lower house, which is elected by nationwide plebiscite, reconfirmed a legislature constituted exclusively of rubber-stamping government loyalists. They were the first parliamentary elections to take place since the Islamic Renaissance Party, or IRPT, once considered the country’s most credible opposition force, was banned in 2015.

Emomali’s installation as Senate chairman is largely a formality, but the fact itself does close what had persisted as one of only a very few unsettled political questions for a country where the ruling family had seized nearly all branches of power for itself.

The post had until recently been occupied by Mahmadsaid Ubaidulloev, a long-time associate of the president. Although Ubaidulloev is very much an inner-circle figure, it has long been evident that Rahmon has wished to displace him with a view to settling the issue of succession. The idea of slotting Emomali into the role, however, is said to have received pushback from Russia, which retains considerable sway over Tajikistan’s economic fortunes and security.

Intra-elite tensions became more pronounced in January 2017, when Ubaidulloev was removed from his other long-time job as mayor of the capital, Dushanbe, and replaced by Emomali. Among his first actions as mayor, Emomali signaled he was going to launch corruption investigations into the dealings of the previous city hall administration.

Sure enough, earlier this year, Dushanbe city court sentenced several people who had served in the Ubaidulloev administration to lengthy prison terms over their involvement in a doomed affordable housing program that prosecutors said had cost the city hall millions of dollars in damages.

The convictions were a clear warning to Ubaidulloev, who has not entirely fallen foul of the regime, but does not fully enjoy its approval either.

The state media machine’s operation to cast Emomali as the inevitable heir apparent has been predicated on his regular appearances at public events, such as official government meetings, feasts and openings of public facilities, near or alongside his father. A photo series released by the public administration earlier this month showed the pair strolling through a park in Dushanbe and admiring the vegetation.

Emomali’s climb through the ranks has been vertiginously rapid. He graduated from the Tajik National University in 2008 with a degree in international economic relations and also did some courses at the foreign ministry’s diplomatic academy. In 2011, he completed legal studies at the Russian Presidential Academy of National Economy and Public Administration in Moscow.

He served variously as head of the anti-corruption agency and led the state customs service. Despite his relative youth, Emomali already holds the rank of general – a particularly remarkable achievement considering he has not served a single day in the armed forces.