It is one of a dozen or so countries that have agreed to accommodate refugees. 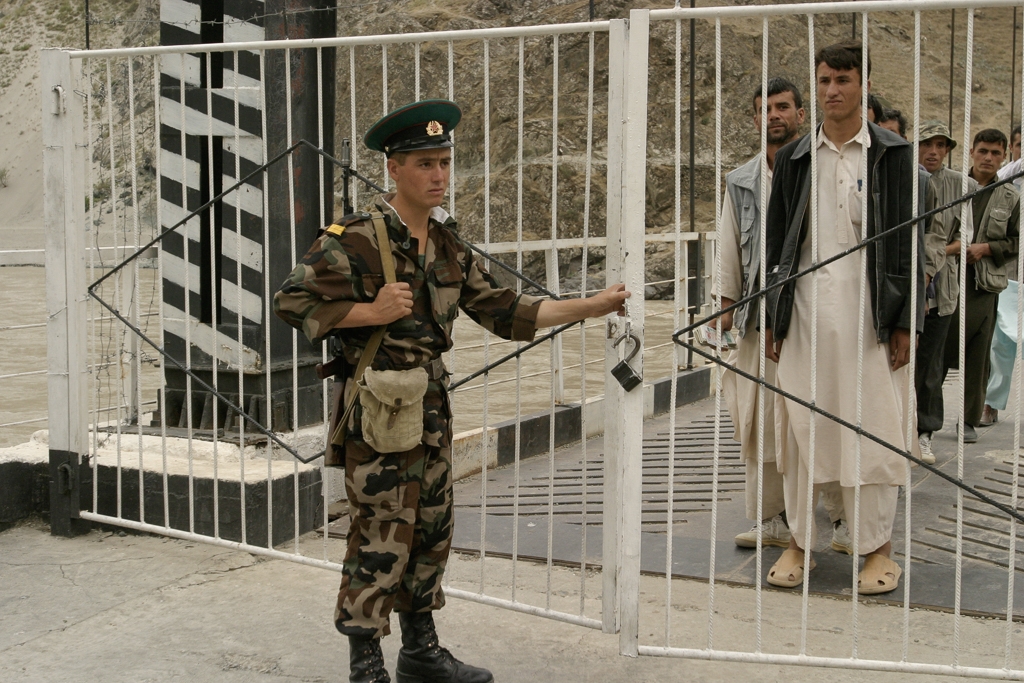 Unlocking the gate: A Tajik soldier at the Afghan border in 2007 (David Trilling)

Around 1,000 Afghan nationals have been offered temporary refuge in Tajikistan pending onward travel to a third country under a U.S.-organized relocation program.

The refugees are being accommodated in a tent camp near the airport in the southern city of Kulob, according to a report by RFE/RL’s Tajik service, Radioi Ozodi.

The broadcaster has cited its sources as saying 2,000 Afghans have already been evacuated via Tajikistan over the past two weeks. Around 820 people are said to be awaiting onward relocation.

News of Tajikistan’s involvement in this mass evacuation had been foreshadowed on August 20 by U.S. Secretary of State Antony Blinken, who named the country as being one of 12 that had agreed to temporarily host at-risk Afghans. Others included Bahrain, Denmark, Germany, Italy, Kazakhstan, Kuwait, Qatar, Turkey, the United Arab Emirates, the United Kingdom, and Uzbekistan.

It is understood that the support for refugees, comprising the tents, food, water and medicine, are being arranged by international organizations.

For all the usefulness of Tajikistan’s help, the numbers of refugees being assisted falls very short of the 100,000 that officials had claimed they might accommodate in July.

The governor of the Khatlon region, Kurbon Hakimzoda, announced on July 21 that a temporary camp for Afghan refugees would be built in his region. Yodgor Faizov, the head of Gorno-Badakhshan Autonomous Region, or GBAO, which shares a long border with Afghanistan, also spoke about preparations to take in refugees. Faizov has said no refugees have to date been accommodated in his region.

But governments across the region have in the event demonstrated a marked unwillingness to admit refugees from Afghanistan, in apparent fear at a backlash from the public.

Tajikistan has complicated matters for any Afghan wishing to cross the land border to seek asylum by suspending cross-border travel until September 20. That deadline coincides with the day that the country is due to celebrate the 30th anniversary of independence.