Tajikistan: The mysterious case of the would-be repentant dissident

There are strong suspicions that Gadoyev was extralegally extradited by Russia. 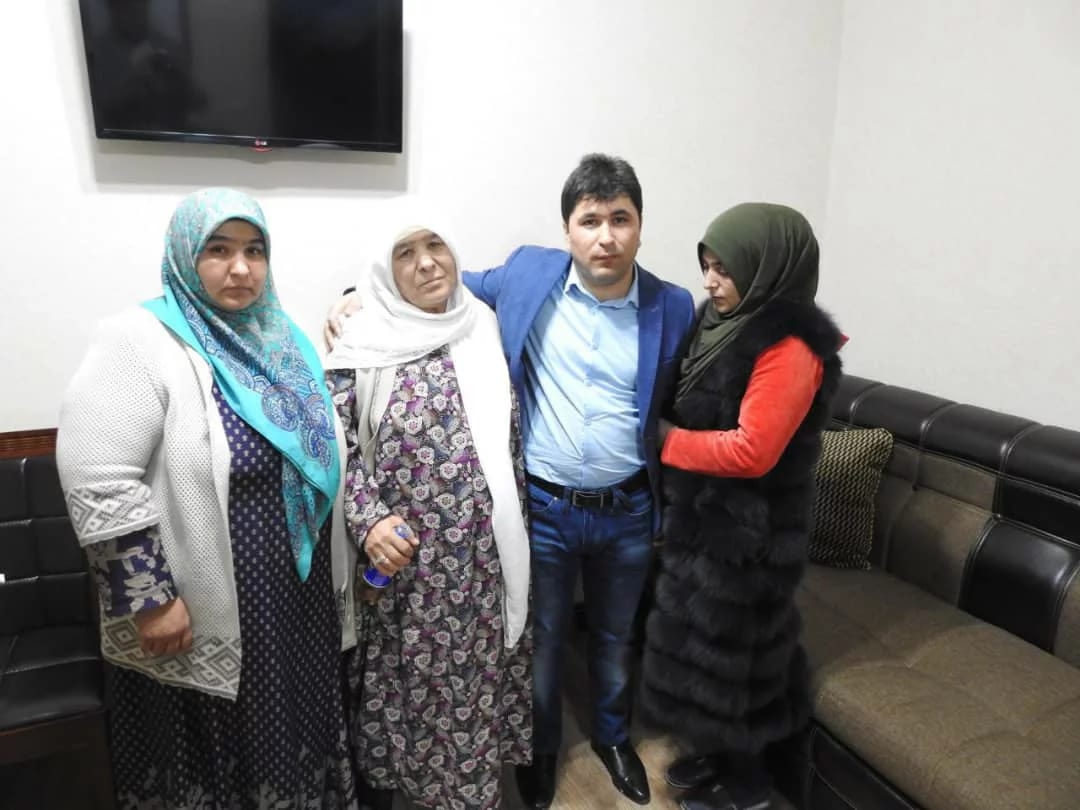 Gadoyev, second from right, seen with his family in an image posted to Facebook on February 16.

On the morning of February 15, Tajik opposition politician Sharofiddin Gadoyev found himself in Dushanbe amid mysterious circumstances.

News of the political exile’s return to his native country, from Moscow, was broken that same day by the Interior Ministry, which insisted that Gadoyev had traveled of his own free will.

This does not even remotely pass the smell test. Tajikistan arbitrarily jails any prominent opposition figures it can get its hands on. The ones that have not been murdered, that is.

Gadoyev was, along with a man called Umarali Quvvatov, a founder of two companies, Faroz and Tojiron, which were later, in 2012, acquired through extensive arm-twisting by Shamsullo Sohibov, a son-in-law of the president.

Following their run-in with Sohibov, Gadoyev and Quvvatov fled the country and then founded an opposition movement, Group 24, which pooled the energies of entrepreneurs somehow or other harassed by the extended family of President Emomali Rahmon.

In March 2015, Quvvatov was gunned down in Istanbul — a murder that many people close to him blamed on the Tajik government. In the immediate wake of that killing, Turkish news outlets identified the main suspect as Sulaimon Kayumov and described him as an associate of Sohibov. Although Kayumov would later be sentenced to life in jail by an Istanbul court, it is not known that the Sohibov link was ever investigated.

Gadoyev subsequently went on to set up his own political movement — Reform and Development of Tajikistan. This group pledged its solidarity with the National Alliance of Tajikistan, an umbrella group that brought together multiple exile organizations opposed to President Rahmon’s rule.

For the past few years, Gadoyev has lived in the Netherlands, where he enjoyed political asylum, according to documents seen by Eurasianet.

All of this makes the events of February 15 highly peculiar. On that day, the Interior Ministry also uploaded a video appeal by Gadoyev in which he insisted he had returned “willingly” and then went on to lambast another prominent opposition figure, Muhiddin Kabiri.

“All the young people are mistaken — me too. But the wisdom of older people lies in the fact that they are willing to forgive the young. Muhiddin Kabiri is putting pressure on us. What he is proposing is wrong,” Gadoyev said.

Gadoyev goes on to insist that he has been questioned by the authorities, but that they promised to release him imminently and that he would be allowed to return to his native Farkhor district, in southern Tajikistan.

In an even more bizarre piece of apparent choreography, Gadoyev was shown in another video, posted on Facebook, calling his mother to tell her he was in Dushanbe. Also seen in the shot are a police officer and Lidia Isamova, the Tajikistan correspondent for Russian state news agency RIA-Novosti.

This last scene prompts numerous questions. If Gadoyev’s return to Tajikistan was truly voluntary, why was he only informing her of this fact from what appears to be the inside of a police station? And what was the purpose of Isamova being present?

The answer to the latter question seems to have been to lend the official account of events more credibility. Commenting on this whole episode, Isamova later remarked that she saw “no signs of torture” on Gadoyev.

“He sat calmly and was smiling. He relinquished [his affiliation with] the National Alliance of Tajikistan,” she said.

In yet more video footage and a photo, Gadoyev was seen alongside members of his family.

As more details and claims emerge, the story gets only more strange and confusing.

Moscow-based news website Ferghana published an image of an electronic ticket indicating that Gadoyev had an Amsterdam-Moscow return ticket. This ticket indicated that Gadoyev was due to return to the Dutch capital on February 16.

Also, Kabiri produced his own video appeal on February 15 in which he alleged that Gadoyev had actually been extradited to Tajikistan from Russia. Kabiri, who leads the banned Islamic Revival Movement of Tajikistan, or IRPT, said Gadoyev left a video message at his home in the Netherlands warning that if he “went missing, it means I have been kidnapped or killed.”

“The extradition of Sharofiddin to Dushanbe is a massive blow to us and to Tajikistan as a whole. Before leaving, he had expressed the view that it was necessary to begin working among Tajik migrants in Russia and having secured guarantees from people [in Russia], he flew to Moscow,” Kabiri said.

The extralegal extradition of opposition figures from Russia to Tajikistan has become routine practice, a fact that has compelled numerous dissidents to seek havens further afield, usually in Europe.

Tajikistan’s government evidently feels the token international criticism this kind of authoritarian praxis has generated now requires it to engage in amateur dramatics. Nobody paying attention will be fooled.

Correction: A previous version of this article provided an incorrect name for Sulaimon Kayumov.