Tajikistan: The Tunnel of Fear

Pools and rivers of rushing water splash below cars, stalling some, as more water jets out the sides of crumbling rock. Occasional dim incandescent lamps shed a glimpse on some point of progress, men in fireman's uniforms mending the stillborn project. 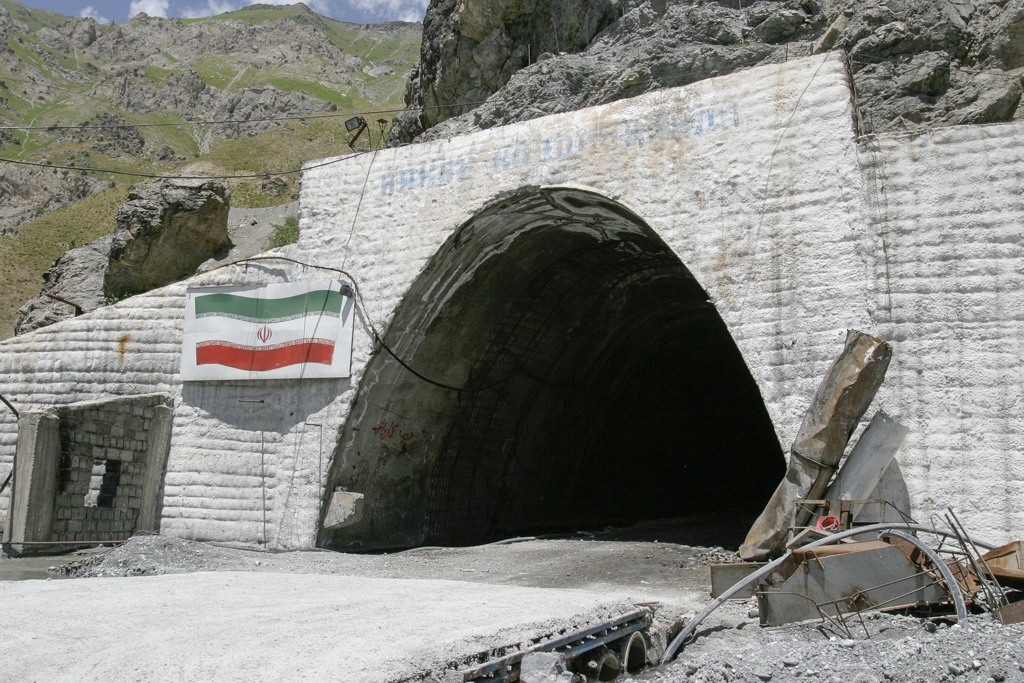 The road connecting Dushanbe, Tajikistan’s capital, with the northern Fergana Valley and the country’s second city, Khujand, is closed much of the year due to snow in the Anzob Pass. During that time, the route is only accessible by air, which is too expensive for most Tajiks, and inhibits trade.

In Soviet times, the main road connecting the cities wound through what is now Uzbekistan. Deteriorating relations between the neighbors has made this passage all but impossible in recent years. Thus, Tajikistan is split in two for several months every winter.

But an Iranian-funded project has promised to change that. Resurrecting Soviet plans dating from the 1970s, Iran has invested $31 million in a tunnel that bypasses the Anzob Pass, ensuring the north-south road can stay open all year. Construction started in 2003. Contracted to Sobir International, an Iranian firm, the tunnel is expected to cost $110 million.

Where the remainder of the construction funds comes from is anyone's guess. From a look at the tunnel, it appears to have been built on the cheap. 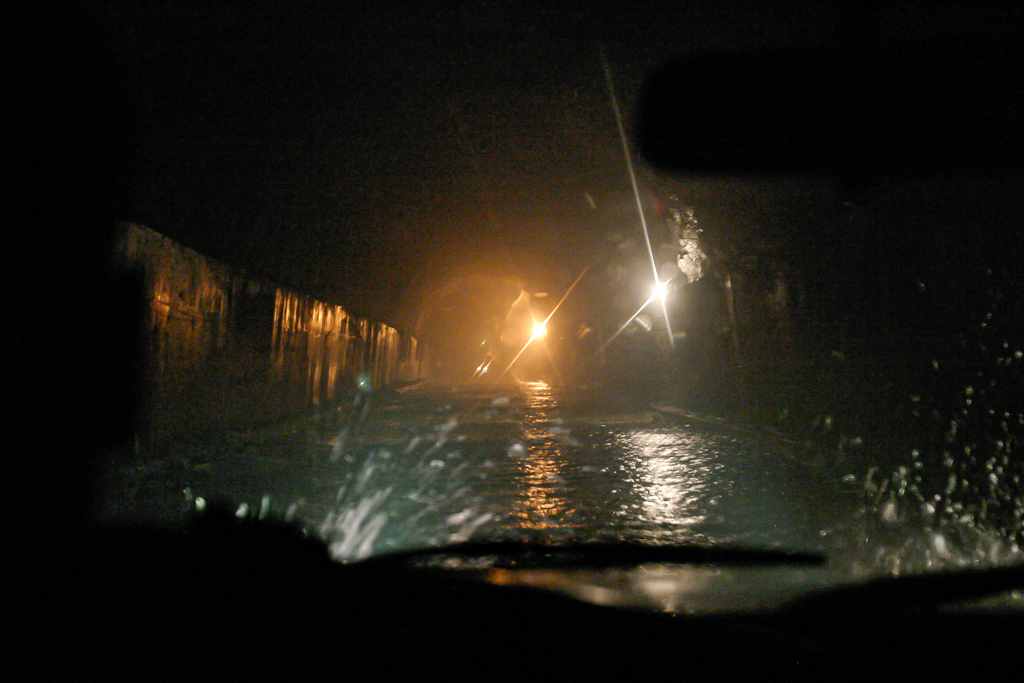 The Iranians' involvement is not solely a gesture of magnanimity to their Tajik ethno-linguistic kin. It is also connected with the geopolitical contest for influence now playing out in Central Asia. The maneuvering manifests itself in the construction of roads, bridges, power cables, and, most of all, pipelines. China, Iran, Russia, the United States and others are all vying for influence in the volatile region with strategic transportation routes and energy reserves.

While the presidents of Tajikistan and Iran celebrated the completion of the tunnel in July 2006, officially it remains closed. But as this correspondent discovered, in a country as small as Tajikistan, almost everyone knows someone who can get the tunnel opened.

Even in July the pass was closed by an avalanche of snow, so cars and trucks found themselves backed up at the mouth of the five-kilometer-long tunnel, blasted out of the Fan Mountains.

The tunnel is clearly still a work in progress. An aperture in the rock pierces all the way through the mountain, but the length is lined with equipment. Each side – there are technically two parallel tunnels – is one and a half lanes wide, enough room to start a traffic jam deep inside the mountain, where there is no ventilation. Inside, clouds of exhaust obscure vision and render headlights nearly useless.

Throughout the tunnel, pools and rivers of rushing water splash below cars, stalling some, as more water jets out the sides of crumbling rock. Occasional dim incandescent lamps shed a glimpse on some point of progress, men in fireman's uniforms mending the stillborn project. Occasionally a car passes, splashing water heavier than the most furious wipers can handle as even more water cascades from the ceiling's stalactites. 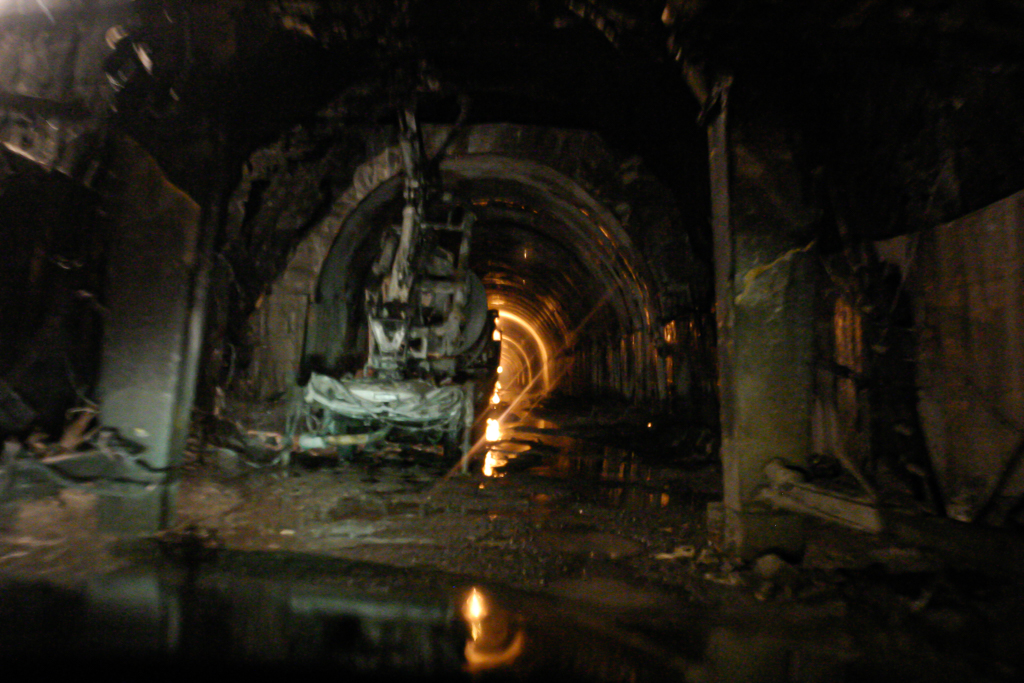 With the water shooting in from jagged rocks at all angles, the tunnel appears prone to cave-ins. Outside the tunnel, one hears stories about breakdowns that cause deaths from carbon monoxide poisoning.

One such story is not atypical.

Karl, an aid worker living in Dushanbe for two years, described passing through the tunnel recently as "probably the scariest thing that has ever happened to me."

"When we arrived, there was a long queue of trucks and other cars outside." The tunnel was closed for work at the time, but Karl's driver persuaded the construction crews to let first his four-wheel drive vehicle and then the long line of other vehicles into the tunnel.

They proceeded through the construction site for one kilometer, where they were "blocked by a huge construction machine. There were thirty or forty cars behind us, so we could not back up. The machine took some time to move and it was puking out black smoke." Behind them the cars also ran their engines. "It took about 10 minutes for the truck to move and I became very scared in the dark smoke. We could not move or even walk out, because the water was so deep."

Finally the path was cleared and Karl's party continued ahead of the traffic and through the tunnel. They returned a few days later to find the tunnel closed again. This time they were told it had been officially closed because of a recent death from carbon monoxide poisoning.

"But still," Karl continues, "our driver managed to talk the workers into opening the tunnel for us." 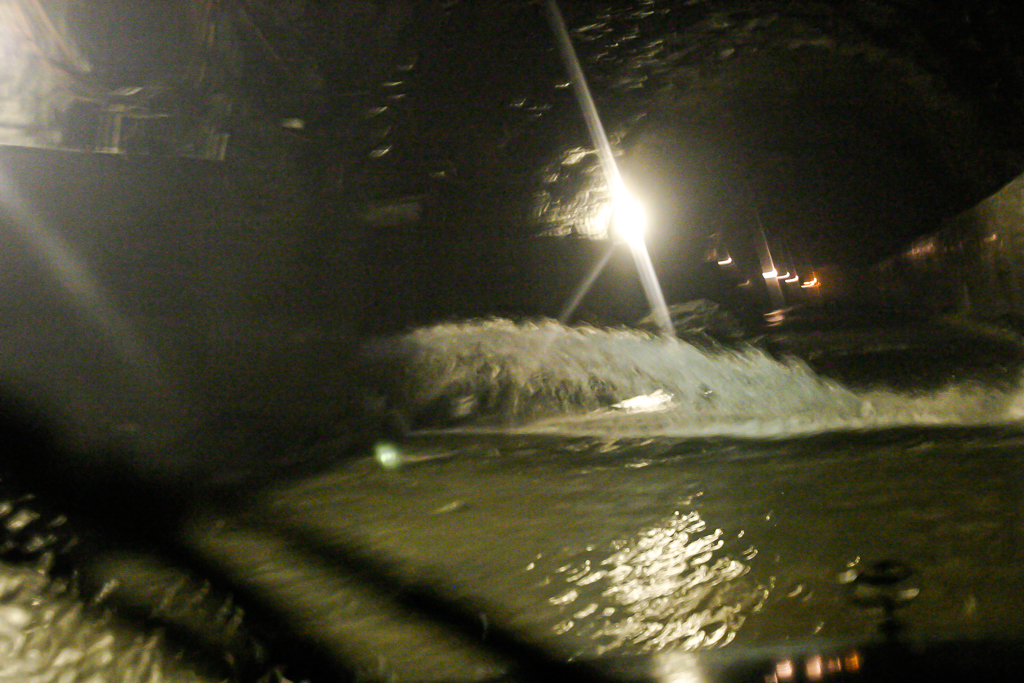 Without proper drainage or ventilation, the tunnel is a hazard. Engineers designed the tunnel as an arc, with a high point somewhere in the center that is driest, and water flowing outward towards both ends. In places, the water is almost a meter deep, yet small Soviet-era sedans somehow labor through. 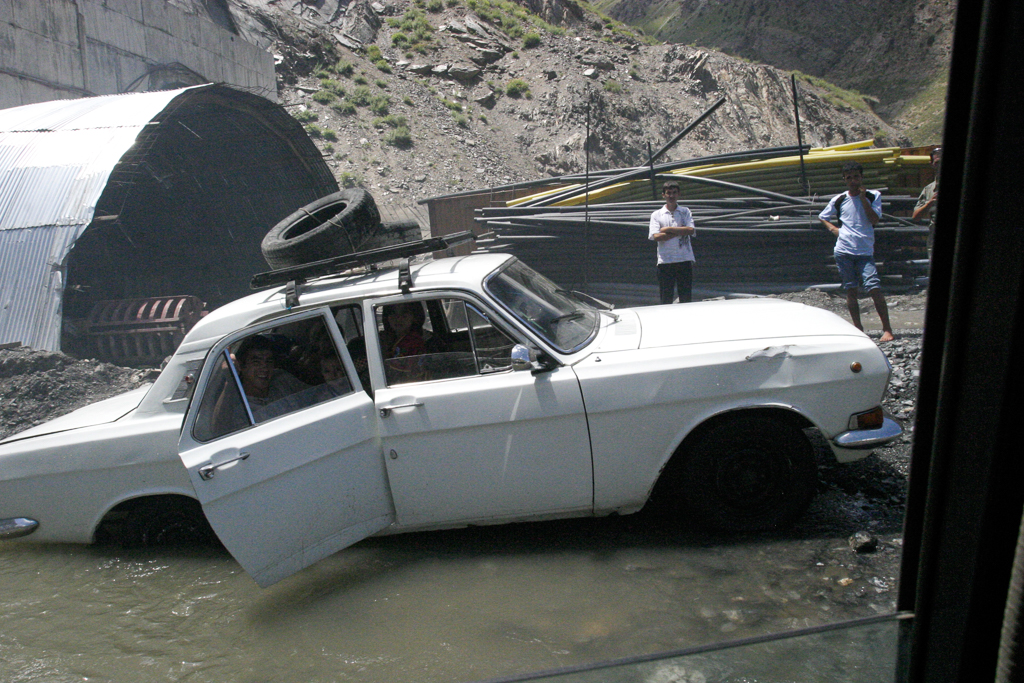 One YouTube blogger posted a video of his experiences riding a bicycle through the tunnel last winter. He reported having to sign a waiver with the construction company promising not to hold the company liable if a "rock fell on his head" while passing through.

If falling rocks were the only problem, the tunnel would be in good shape.

David Trilling is a freelance photojournalist working in Central Asia and the Caucasus.