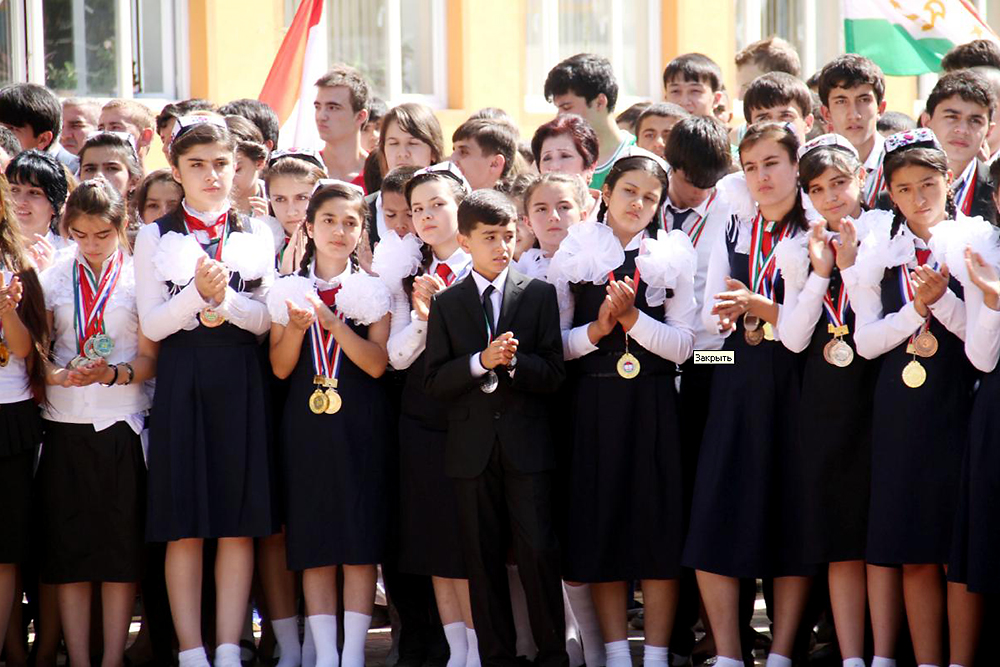 While Tajikistan was consumed by civil war in the 1990s, Turkish businessman and philanthropist Kemal Erimez arrived with a plan to open schools.

With the fall of the Soviet Union and the conflict raging, the educational system was falling apart. In the two decades since they opened their doors, the six schools that Erimez helped establish have come to be widely recognized as standard-bearers on the national education landscape.

As of this fall, however, the government has wrested control of the schools from charity that set them up, leading to fears among parents of an inexorable decline in teaching standards. Authorities have said the schools will have to continue being self-financing, but seem to have few ideas about how that will happen.

The network of schools, which offered instruction in Turkish and English and were known locally as “Turkish schools,” was run by a locally registered company called Shalola. In the early years, hundreds of teachers were brought over from abroad to Tajikistan by Erimez to help set up operations.

Initially, the idea was to make the schools fee-paying, but charges were waived until 1997, as the civil conflict began to wind down. Erimez died that same year at the age of 70 while still working on building up the schools.

The underpinning for the educational mission are the principles laid down by Turkish cleric Fethullah Gülen, a close friend of Erimez, and a theologian known for his moderate interpretation of Islam. Gülen was once an ally of Turkish President Recep Tayyip Erdogan, but the two fell out in late 2013. Ankara has since sought Gülen’s extradition from the United States, where he has lived since 1998.

Detractors of the Gülen movement cast it as a shadowy and cult-like association intent on spreading its faith-based ideology and influence by stealth, in part through its worldwide education efforts.

It is not clear whether the Tajik government’s effort to strip the Tajik-Turkish schools of their licenses was somehow related to those kinds of suspicions, or a desire by the authorities to keep a tighter control over education in general.

Abdujabbor Aliyev, the head of the Education Ministry’s Schools Department, told EurasiaNet.org that authorities would do everything possible to ensure the standard of teaching remained at its previous level. The facilities have now been rebranded as the Schools for Gifted Children.

The coordinator for the rebooted network of schools, Abdusattor Najmuddinov, told EurasiaNet.org that there are 26 foreign teachers, from Turkey and Russia, and nine graduates of the Tajik-Turkish schools at their disposal.

A key question for parents is connected to what are known as “educational olympics.” Ability to perform well in the competitions, which pit secondary school students from across the world against one another in a series of academic disciplines, is viewed as confirmation of an educational establishment’s quality. Participants in the competitions typically stand good chances of securing scholarships when applying for universities.

Aliyev said his ministry was committed to attracting foreign teachers and preparing students for the educational competitions abroad.

But ever since Shalola stopped financing the Tajik-Turkish schools, the funds have dried up even to send students to the competitions, forcing many parents to dig into their own pockets.

Yusuf Balkash, a teacher who trained pupils for the contests, sold his own car to provide cash for travel, and the Development Bank of Tajikistan also provided some support.

Najmuddinov said that the government this year allocated 1 million somoni ($150,000) for the Center for the Development of Talent, and that expenses for the contest could be drawn from there too by January. “This money is enough to send students to the [educational] olympics. If all the promises we have been made are kept, it will be enough to keep the system going. Even if we don’t get better, we can at least stay at the same level,” Najmuddinov said.

But sources at the schools are insistent that standards can only be preserved if there is no outside interference, and as long as competent and independent headmasters are put in place. People directly involved with the Tajik-Turkish schools have avoided speaking about the situation on the record out of concern of drawing reprisals, as well as a desire not to disrupt the transition process.

“The guys that have taken over management of the schools are up to the job. I have confidence in them. But I think that there shouldn’t be any interference. They can’t be forced to hire anybody or be made to give away education for free. It would ruin everything,” said one person familiar with the situation.

Representatives of Shalola, the charity that ran the schools, have said that while refraining from opening any more schools, it remains committed to delivering equipment and instruction materials, particularly for teaching of biology and chemistry.

All the same, parents are anxious.

According to Gulchehra Rahmanova, who has two children at the Tajik-Turkish schools, no changes have been felt yet.

“The children are supposed to go the olympics in March, and everything will become clear then. We see no problems now. ... We’ll wait and see,” Rahmanova said.

Zebo Abdurahmanova, whose daughter is also studying at one of the schools, also says everything seems acceptable. For now. “But I am concerned,” Abdurahmanova said. “I think everything is fine now because there were good foundations laid down by the Turks themselves. But the system will now rely on the Tajik system, and I do not have faith in the Tajik education system.”

Dushanbe-based political analyst Parviz Mullajanov said the Tajik-Turkish lyceums have traditionally been able to draw on superior personnel than is available locally. “Their standards of education were better than ours. So it will be hard to retain the levels reached by the Turkish specialists,” Mullajanov said.