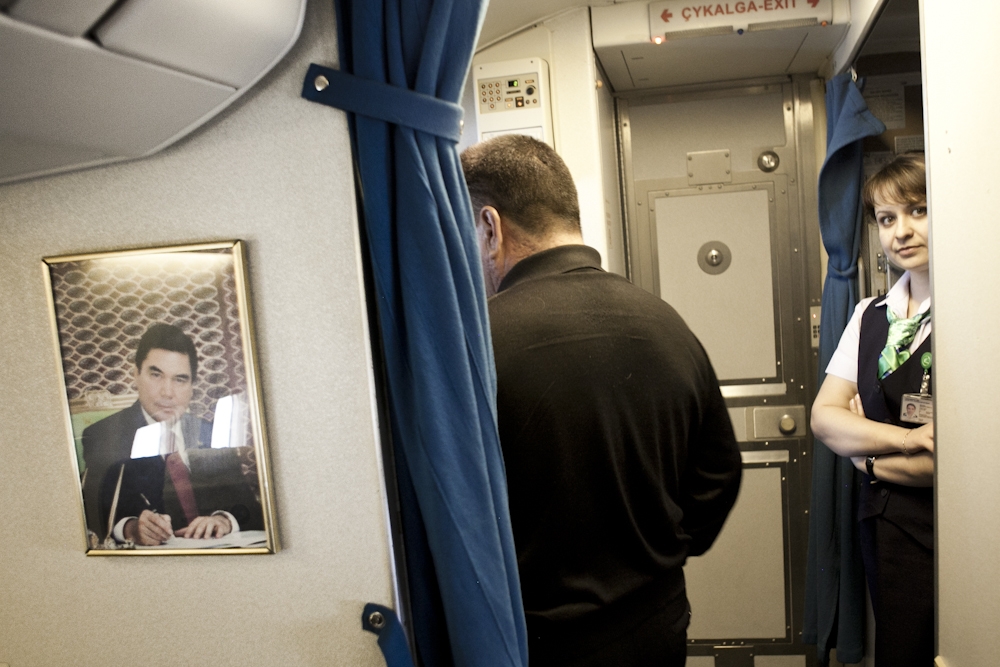 When the countries of Central Asia end up on a list, they’re usually at the bottom (or the top, depending on how you look at it, as in “most-corrupt”). A new ranking is no different: Three of the region’s national air carriers, surprise, have placed among the world's worst.Business Insider, an online magazine, has ranked economy-class cabins and found the flag carriers of Turkmenistan, Uzbekistan and Tajikistan offer passengers a “most unpleasant in-flight experience,” measured by "seat comfort, in-flight entertainment, cabin cleanliness and condition, quality of meals served, and service efficiency."The magazine compiled its list from ratings made available by airline reviewer Skytrax. It then "adjusted each measure to be out of 100, and averaged them to produce a final score that reflects the overall in-flight experience." The magazine and Skytrax offer little quantitative data to back the rankings, which may lead regular Central Asia travellers to quibble or ask why some of the region’s fly-by-night airlines did not make the list. Perhaps the judges have never been stranded on the runway in Osh waiting for East OK Avia to fetch them. Maybe the judges who sampled UTair simply met violent deaths. One EurasiaNet correspondent likes to tell a story from Ariana Afghan Airlines: As the plane tilted forward for landing, passengers in the front of the cabin got acquainted with the contents of an overflowing toilet in the rear.Anyways, back to the ratings:"Turkmenistan Airlines is the worst airline to fly economy," Business Insider declared, offering the Ashgabat-based carrier only 30.8 points out of 100, mostly for problems with flight attendants, check-in, and cabin safety. (It is unclear if opinions were affected by the ubiquitous portraits of President Gurbanguly Berdymukhamedov staring down from the front of each cabin.) The fourth-worst airline is Tashkent's cherished Uzbekistan Airways, which scored 37.5 out of 100 for, in part, how its staff respond to passengers requests (and a few dozen fatalities). Business Insider ranked Tajik Air the world's ninth-worst economy-class experience (43.3 points) and chose to highlight a few fatal accidents that occurred during the country’s civil war. But what about the regular unexplained cancellations and tickets sold to cities the airline doesn’t serve?Weed through the blacklists, gulp down your lime-green fizzy drink, and relax, because it’s not all bad news: Air Astana – a British-Kazakh joint venture – is the only post-Soviet airline to land on the other end of the list. Business Insider declared Kazakhstan’s flagship carrier among the world’s best, at 18th place, with an in-flight experience score of 74 and on-time performance score of 82, beating global giants Etihad and Lufthansa. Too bad we don’t always have a choice.