A power outage illustrates in stark terms how much leverage Uzbekistan enjoys over its troubled neighbor to the south. 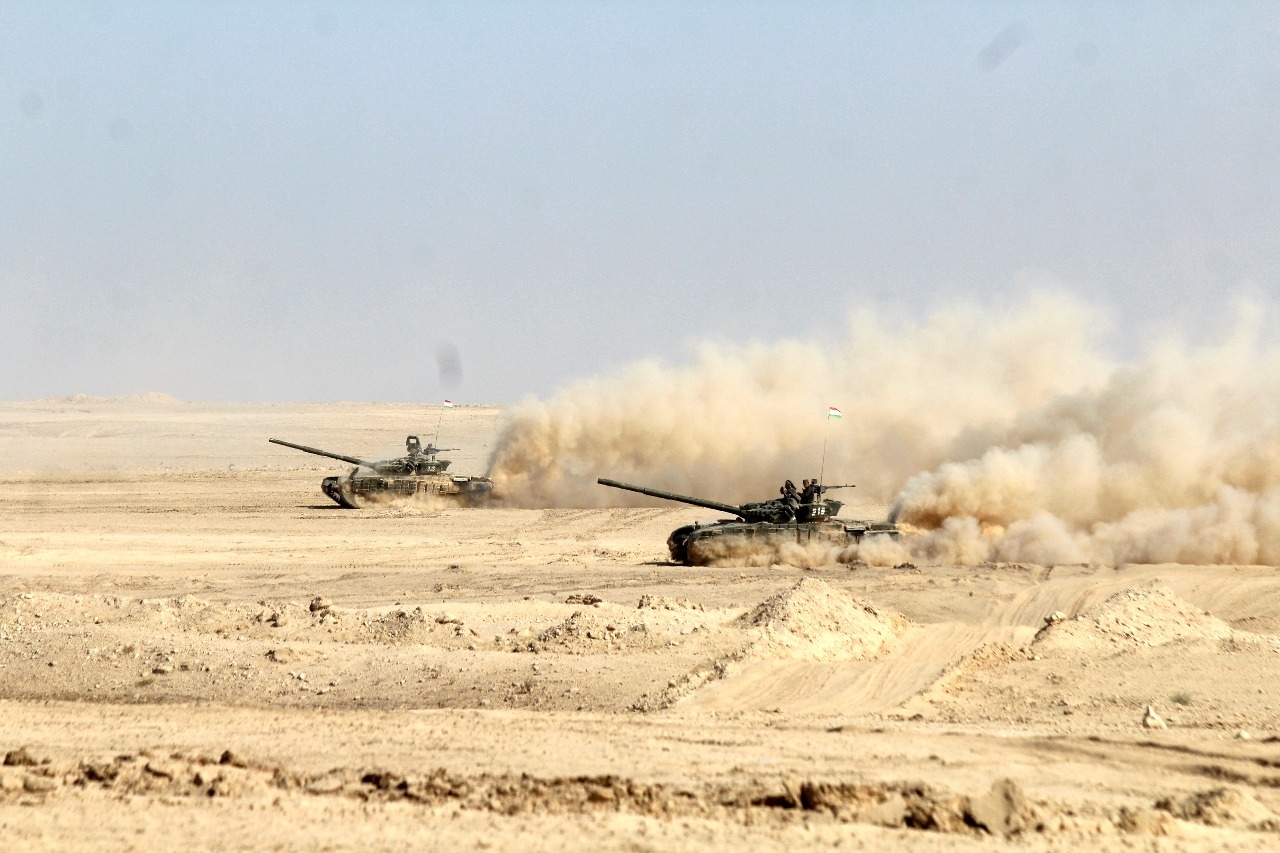 Tajikistan has once again started fretting about thousands of militants supposedly mustering across its southern border in Afghanistan.

The Taliban says this is untrue, but it has been grumbling more loudly about wanting the return of military planes from Tajikistan and Uzbekistan that were spirited away during its capture of Kabul.

Just as the self-styled Emirate was making hostile noises about the planes, deliveries of electricity from Uzbekistan were suddenly stopped. Afghan engineers says this was due to a technical fault, but the brief hiccup may have sharpened minds in Kabul about the inadvisability of irritating useful neighbors.

Tajik President Emomali Rahmon seized on the opportunity of the Collective Security Treaty Organization teleconference call on January 10 to remind fellow leaders of the dangers he insists that he is facing. The purpose of the discussion between the leaders was ostensibly to consider the situation in Kazakhstan, but Rahmon sought to make the point that there were other sources of instability to consider.

“We are extremely concerned that Islamic State militants, and particularly their affiliate groups, are bolstering their positions in Afghanistan. According to our special services, there are over 40 terrorist camps and training centers on the border [...] in the northeastern provinces of Afghanistan. They number more than 6,000 militants,” Rahmon was cited as saying by RIA Novosti news agency.

Rahmon then talked about a related, but seemingly distinct, problem. A coordinated international initiative was needed, he said, to address what he claimed was the increasing problem of internecine battles among wings of the Taliban along the Tajik-Afghan border.

“Over the past week, more than 11 people were killed and more than 18 people were [injured] in one district,” Rahmon told the CSTO meeting. “Therefore, we need to create a security belt around Afghanistan.”

Tajikistan has warned about threats across the border before, but not always in a credible fashion. Although Tajik and Russian defense officials have repeatedly warned of many thousands of Islamic State militants poised for action assembling in northern areas of Afghanistan, they rarely feel the need to explain why massive cross-border incursions never actually then follow.

Suhail Shaheen, a spokesman for the Taliban-led regime in Afghanistan, has reportedly denied suggestions that there have been any clashes on the country’s northern border.

“Of course, there are some demonstrations, there are people doing that, but there should be no talk of clashes,” he was cited as saying by RIA Novosti.

The Taliban likewise dismissed Rahmon’s other claim, about Islamic States camps on the border.

“The Islamic Emirate assures neighboring countries that there is no danger from our border. No country, and that includes Tajikistan, will be threatened from our territory,” Bilal Karimi, deputy spokesman for Afghanistan’s Taliban-run government, wrote on Twitter.

Other wings of the Taliban are adopting a less conciliatory tone with Afghanistan’s neighbors.

The acting Defense Minister of Afghanistan, Mohammad Yaqoob, demanded that Tajikistan and Uzbekistan return military aircraft that were flown out of the country by defecting troops just as the Taliban were seizing control in Kabul in August.

Of the 164 aircraft held by the government before the Taliban took over the country, only 81 have reportedly been left behind. Most are presumed to have been taken to Tajikistan and Uzbekistan.

On January 12, electricity supplies stopped flowing from Uzbekistan to Afghanistan as a result of what officials insist was a glitch.

“Due to technical problems at the Marjan electricity generation system of Uzbekistan, 60 percent of imported electricity to Afghanistan was cut by the Uzbek side without any prior notice,” Afghan state-owned power company Da Afghanistan Breshna Sherkat, or DABS, said in an English-language statement.

Deliveries were restored the following day.

“At around 7 a.m. imported electricity current from [Uzbekistan] … has returned to normal,” DABS said in its statement.

The events may well have been coincidental, but the power outage illustrates in stark terms how much leverage Uzbekistan enjoys over its troubled neighbor to the south.

Uzbekistan signed a deal with DABS in 2019 to supply 6 billion kilowatt hours of electricity annually for a period of 10 years on a take-or-pay basis.

Afghanistan has likewise developed a relationship of dependency with Tajikistan, notwithstanding the latter’s openly hostile posture toward the Taliban regime. In December, DABS chief executive Hafiz Mohammad Amin traveled to the Tajik capital, Dushanbe, to finalize a $69 million agreement for Tajikistan to supply Afghanistan with 1.5 billion kilowatt hours of electricity in 2022.

The question is whether Kabul can afford to pay all these bills. According to a report from October by private Afghan outlet Tolo News, Afghanistan at the time still owed its neighbors $62 million for electricity.