Tajiks are angered by reports that the government is giving away a gold mine. 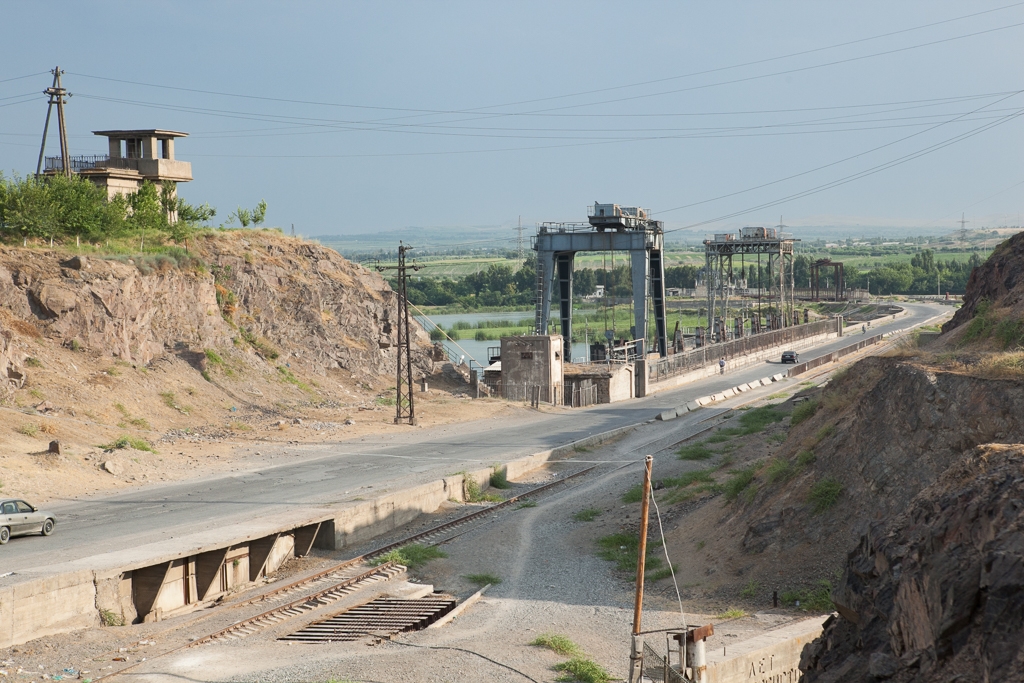 This bridge near Bekobod is claimed by both Tajikistan and Uzbekistan, and used by both sides. (David Trilling)

The governments of Tajikistan and Uzbekistan have reportedly reached an agreement to resolve outstanding disagreements about the delimitation of their shared 1,312-kilometer border.

Relations between the countries have been strained by a number of issues since they both gained independence, and the dispute over the border has proven one of the most intractable. The impetus for this development looks like the latest result of a good neighbor policy pursued by Uzbek President Shavkat Mirziyoyev, who came to power in 2016 with pledges of improving ties with surrounding countries.

Work on drawing up this settlement by cartographers and government representatives from both sides gathered pace following Mirziyoyev’s visit to Tajikistan in March 2018.

Leaked details of the deal have caused some consternation in Tajikistan, however.

Faraj, a newspaper based in Dushanbe, reported on October 4 that a land swap would end up with Uzbekistan receiving 3 square kilometers (1.16 square miles) of land in the Mastchoh district of northern Tajikistan. The newspaper noted that the section of land apparently includes the Aprelevka gold mine, which is being operated by an eponymous Tajik-Canadian joint venture.

The article in Faraj provided no details on the terms under which this mine might be handed over. The specifics of the reported deal have not been officially confirmed.

An official familiar with the situation has told Eurasianet on condition of anonymity that Tajikistan should expect to receive a piece of territory equivalent in size to the one that it is relinquishing. What will be on that land, however, is not yet known.

Land swaps have been at the heart of earlier border delimitation settlements in the region.

In September, Kyrgyzstan and Uzbekistan agreed to swap chunks of land on the fringes of the Ferghana Valley. Under that deal, Bishkek consented to relinquish an area of more than four square kilometers (1.6 square miles) that included the Kerkidan reservoir. In return, Kyrgyzstan received an equivalent parcel of land near its village of Gulbaar, in the Aravan district of Osh region.