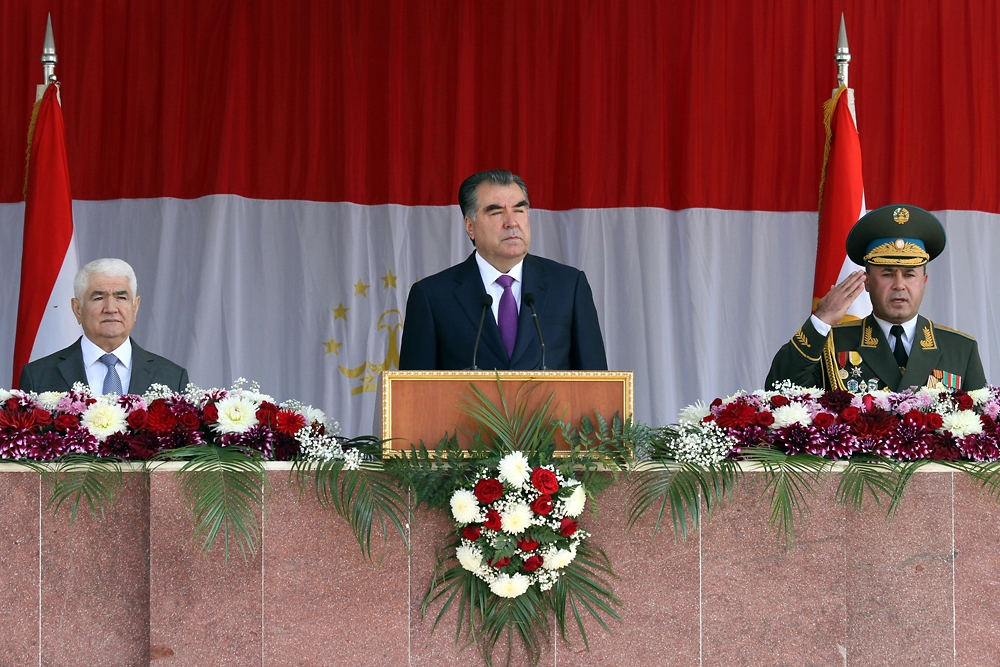 In the end, no one showed up; Tajikistan’s authorities made sure of that. But why was the government so concerned about an obscure group of exiles calling for protest in the first place?

Earlier in October, a businessman living abroad who is not well-known or well-liked at home, issued an appeal via Facebook, calling on Dushanbe residents to take to the streets to protest Tajikistan’s long-serving strongman president, Emomali Rahmon. Umarali Kuvatov, an entrepreneur who fell out with Rahmon and fled Tajikistan several years ago, used slogans like “Tajikistan without Rahmon,” and called for supporters to march on Dushanbe’s Dusti (Friendship) Square on October 10.

Facebook users tended to be dismissive of the rally appeal, seeing it as not only futile (political apathy in Tajikistan is widespread), but also dangerous. Many believed authorities are so intent on clinging to power that they would be willing to use lethal force against demonstrators. Some believed the few people spreading the message on Facebook might be government provocateurs, trying to create a pretext for authorities to block the social-networking platform yet again. Others suspected the Kremlin might be trying to manipulate events.

Kuvatov and his opposition movement, called Group 24, appear to have little local support. Even so, authorities reacted swiftly to the appeal, blocking dozens of websites, deploying armored vehicles, and holding a mock demonstration during which police repelled actors pretending to march on Dusti Square. The Supreme Court – an institution that many Tajiks see as subservient to executive authority – fast-tracked a ruling that labeled Group 24 “extremist,” thus prohibiting local publications from quoting Kuvatov or his amorphous movement.

The day of the planned rally, authorities blocked mobile text messaging services and the website of Tajikistan’s leading independent news outlet, Asia-Plus. Authorities, as usual, did not explain their actions, causing confusion, concern, and a great deal of fear in Dushanbe. Meanwhile, police installed security cameras around the capital and officials announced they would not tolerate any gathering.

The temporary information vacuum fueled rumor-mongering. Some Dushanbe residents compared Kuvatov’s call with the events that led to Tajikistan’s civil war in 1992.

“I would rather exchange hugs with every corrupt public official – although I do not have the slightest respect for any of them – than give somebody a chance to destabilize the situation. Nobody wants a repetition of the events of the early 1990s; neither do we want to follow the slippery slope of Ukraine or Egypt,” said a sound engineer who works at a private studio, expressing, on condition of anonymity, a feeling popular among Dushanbe’s intelligentsia.

“Why don’t people like Kuvatov come here? He prefers to instigate citizens of Tajikistan from the safety of his exile?” the sound engineer continued.

Dunja Mijatovic, the OSCE’s Representative on Freedom of the Media, called the website blockages “reprehensive” and “detrimental to the basic human right to receive and impart information.” In the days after October 10, text messaging services and many of the blocked websites became accessible again.

The episode underscores that there is little room for criticism in Rahmon’s Tajikistan. That is especially true this year, following unrest in Ukraine that caused the downfall of that country’s venal leader. Russia’s meddling in eastern Ukraine has merely heightened Rahmon’s sense of unease.

A strange occurrence in the Russian press caused lots of speculation in Dushanbe; on the day of the scheduled protest, though Dusti Square was clear, the Russian daily Nezavisimaya Gazeta reported that the city was under siege by peaceful protestors. The only casualty, the Nezavisimaya Gazeta report stated, was a pro-government dean of a local university, beaten for opposing the “revolution.”

“It is expected that Umarali Kuvatov, the leader of Group 24, will arrive in Dushanbe within the next few hours,” the paper added.

After two days, the story disappeared from the paper’s website. (A cached version can be seen here.) The story left observers scratching their heads and fed rumors in Dushanbe that Russia is backing Kuvatov. Was it lazy journalism based on the wishful assertions of Group 24 members, or a Russian provocation?

One respected analyst who asked not to be named for fear of government reprisals said he believed the Kremlin is using Kuvatov (who is believed to be living in Russia) to warn Rahmon “not to get too close to China.” That, in his mind, explained the authorities’ “exaggerated reaction.”

The few embattled opposition groups remaining within Tajikistan took a dim view of Kuvatov’s call. Both the Islamic Renaissance Party and the Social Democratic Party (SDPT) distanced themselves from Kuvatov. SDPT leader Rahmatullo Zoirov told Asia-Plus that it is easy to appeal for mass disorder from outside the country. The call “will bear no fruit, but will, at the same time, put at risk the lives of those who may go to the rally out of curiosity,” he told Asia-Plus on October 9.

“Probably, the group wanted to demonstrate itself” to attract “sponsors rather than like-minded followers. But the attempts to organize public meetings were doomed to failure,” analyst Parviz Mullojanov told EurasiaNet.org. Authorities’ heavy-handed response highlights its own shortcomings, especially in the economic sphere, Mullojanov added. Tajikistan’s stagnant economy is weighed down by high unemployment and dependence on labor migration.

Many seem to agree that authorities have given Group 24 great, free publicity. Kuvatov had made similar statements before, but this time he has succeeded in “making a real huge information buzz,” said lawyer Izzat Amon, who leads a Moscow-based migrant-support group critical of Rahmon.