Rahmon won handily with 91 percent of the vote. 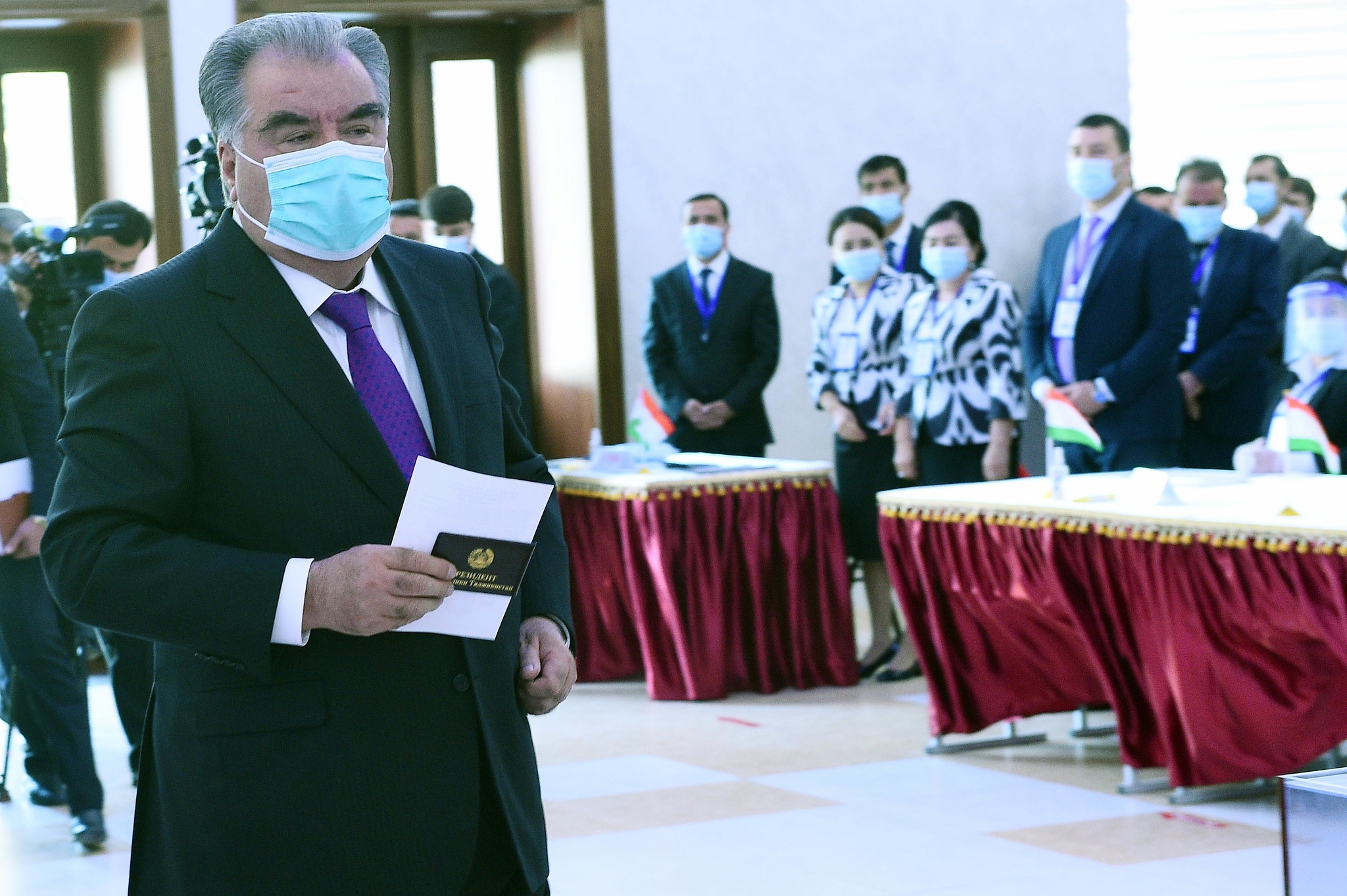 One man, all vote: Rahmon casting his ballot in the October 11 election. (Photo: Presidential administration)

Tajikistan’s president has secured a fifth term in office with his best electoral performance to date.

Election officials said on October 12 that Emomali Rahmon garnered 90.9 percent of the vote in the previous day’s polls and has thereby secured himself the right to remain in office until at least 2027.

That is well above the 83.6 percent he got in 2013, and it came despite the deep economic malaise and attendant food security crisis the country is now enduring.

Central Elections Commission chief Bakhtiyor Khuderzoda said no violations were recorded. Not that any independent journalists were able to verify either way. Only reporters for state media were allowed to take photos inside polling stations. The newspaper Asia-Plus was denied accreditation to cover the vote. RFE/RL’s local service, Radio Ozodi, was able to produce only extremely limited reporting from inside polling stations.

At the last elections, Asia-Plus reporting documented a number of violations, such as family voting, whereby one member of the household casts multiple ballots.

There was a small observation mission from the Organization for Security and Cooperation in Europe’s vote-monitoring arm present. Observers from the Commonwealth for Independent States also had a monitoring team, but that organization is notorious for giving even the dirtiest of votes clean bills of health.

The election was absent any excitement and intrigue. Campaigning was all but inexistent.

One slightly tantalizing possibility ahead of the election was that Rahmon might choose to step aside and allow his son, Rustam Emomali, to make a run instead. Emomali is currently serving in dual roles as mayor of Dushanbe and the chairman of the Senate.

This prospect was made viable by the decision to hold a referendum in 2016 that amended the constitution to reduce the minimum age of eligibility for presidential office from 35 to 30 years. At a cursory glance, this appeared tailor-made to allow for Emomali, who is now 32 years old, to take the job. For whatever reason, this option was not pursued on this occasion.

The next step now is for the government to be dissolved by the end of October. It has been bruited that there may be notable changes in the Cabinet to allow for Emomali’s close associates to take up top posts. If that does happen, it would signal that a leadership transition is being engineered after all.

**Correction: This article originally stated that the OSCE did not have an observation mission on the ground. It did have a small mission with a limited mandate.