The industry regulator is seen as the main culprit. 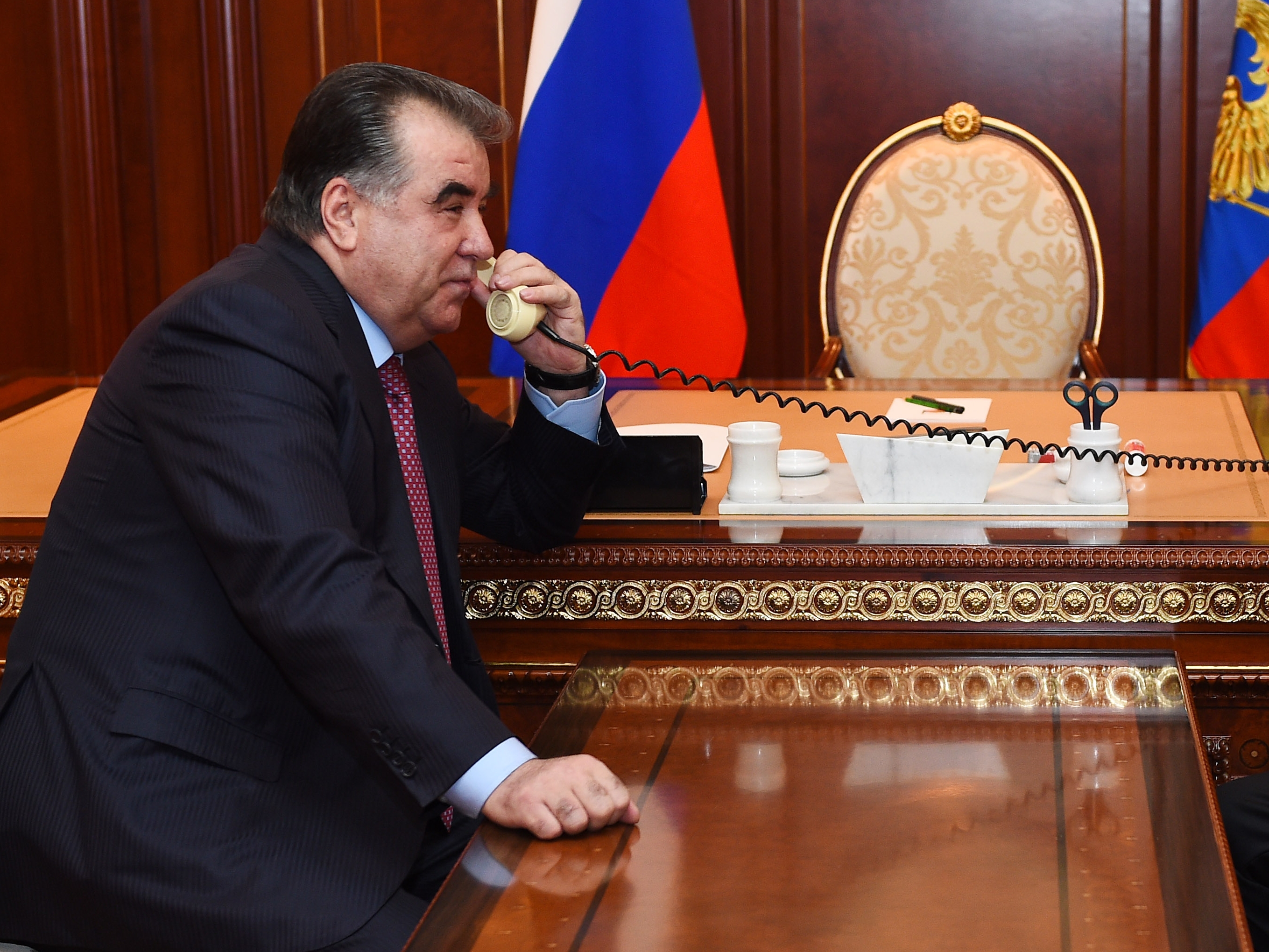 Hello, is this the internet? President Emomali Rahmon has seen his nation's telecoms sector gutted by maladministration over the years. (Press: Presidential press service)

The World Bank has in a new report bemoaned the state of Tajikistan’s telecommunications industry, describing a sector beset by overregulation, lack of competition and conflicts of interest.

The report, which was published in late August and details the country’s economic prospects, notes that the Tajik telecoms industry was in blooming health in the 2000s, until it was squelched by the state communications regulator.

The state telecommunications service, which has since 2009 been headed by Beg Sabur, a relative by marriage of President Emomali Rahmon, is more than just a regulator, however. It has a monopoly on the provision of online data and runs the state telephony and internet services provider.

With the government unwilling to yield its hold over the data spigot and throwing up barriers to competition, the quality of service has stagnated.

“Despite modest improvements to international bandwidth (to about 6-8 Gbps), Tajikistan’s data transmission speeds remain the slowest among regional peers and other small, landlocked countries,” the World Bank report stated. “Such slow international bandwidth speeds cannot support significant increases in trade in services, the development of a knowledge economy, or reposition Tajikistan as a regional hub.”

Though Tajikistan’s difficult geography is a factor in constraining technological development, this is no alibi.

“For years, the [communications service] has prevented companies from connecting across the border into Afghanistan and has blocked a fiber-optic connection to China, which would have dramatically reduced connection costs and improved quality and speed,” the bank found.

Some policies have substantially harmed the interests of mobile phone customers in other ways. In late 2017, the government forced local providers to stop offering next-generation network, or NGN, calling services, which greatly had reduced the expense of Tajiks abroad wishing to stay in touch with family back home. By forcing people to resort to traditional international calls, communication time was consequently restricted.

Sabur’s time in charge of the telecommunications industry has been characterized by one scheme after another to try and pump more money out of phone users.

In 2011, the government adopted a 3 percent duty on the use of phone and internet services. (This was increased to 5 percent in 2014).

Earlier this year, the state anti-monopoly agency announced that mobile telecommunication services providers would be permitted to sell online data for no less than 5 dirhams per megabyte. With sales taxes and surcharges factored in, that would have amounted to $6.50 per gigabyte of traffic (up from the previous ceiling of $3.40), but the proposal was dropped after a rare outpouring of public indignation.

Such initiatives are about boosting revenue for the taxman, not for the companies, however. Telecommunications services providers have seen their profits suffer as a result of often-arbitrary policies.

Sometimes the tax bills come out of the blue. In 2017, the tax committee slapped VEON, which operated the Beeline brand, and Telia Sonera, which owned the Tcell brand, with fines of between $20 million and $40 million. Both companies later left the country.