The number of women plying for work at the Bokhtar labor market has grown sharply in the past year or so. 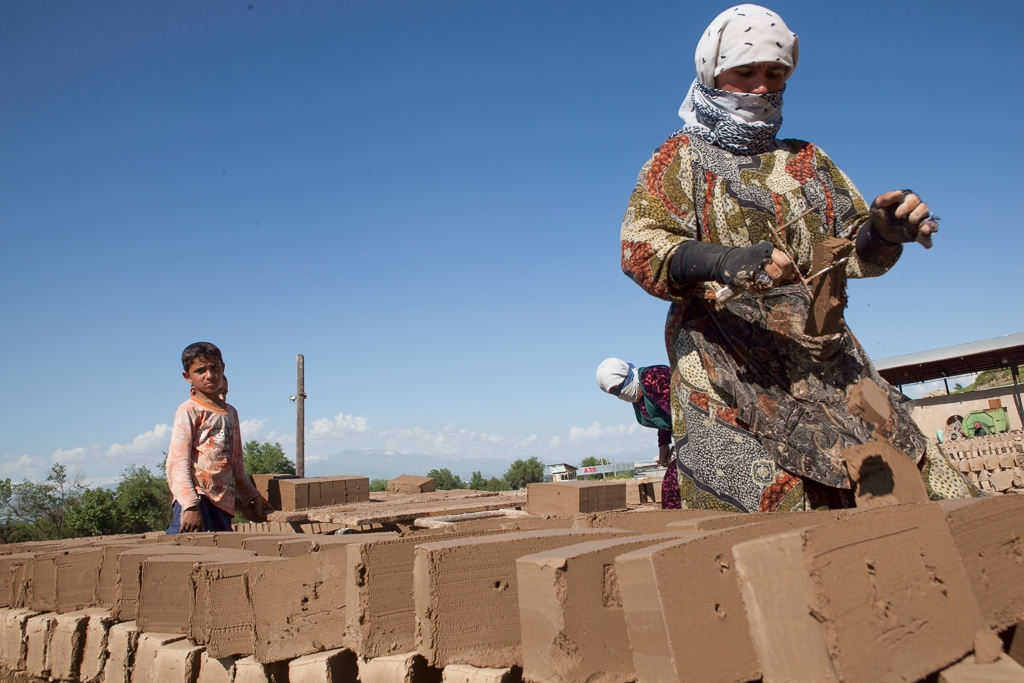 Rajabgul Boboyeva’s workday begins before dawn and lasts until the early evening. For the past year, she has joined the ranks of Tajikistan’s uncounted mardikor – casual laborers who will take a day’s work for a pittance.

Day laborers muster in large groups at several points around the country. The only mardikor bazaar where women can tout for work is in Bokhtar, the administrative center of Khatlon province, in southern Tajikistan.

Boboyeva, a 40-year-old mother of five, started going there after she got divorced.

“My husband drank and beat me. He beat the children too. My patience snapped and I left. Now I live in rented accommodation. My oldest daughter takes care of the children while I work,” she told Eurasianet.

People looking for female hands for hire turn up early. Anybody who goes to the mardikor bazaar after five in the morning has no certainty of getting a job.

Pay for 12 hours usually comes to around 30-35 somoni (under $4). The women can turn their hand to anything – carry bricks, build sheds, wash dishes and dig the fields, sometimes in temperatures up to 40 degrees Celsius (104 degrees Fahrenheit). The main thing is not to return home empty-handed.

Female mardikor are by and large the abandoned wives of men who have gone abroad for work, or divorcees with children.

Boboyeva said her studies ended in the fourth grade, when her parents pulled her out of school. She married at 17.

“My entire married life was one of violence. I still get threats from my husband. He says he will destroy me. But I am not ashamed of the work that I do. The main thing is that my children have a crust of bread to eat. That is something I earned through my honest work,” she said.

The Bokhtar female laborer market appeared about seven years ago. At the beginning, only around 20 to 30 women would muster. The number has grown sharply in the past year or so, to around 100.

Omina Badalova has been plying for jobs at the mardikor bazaar ever since its inception. As she explained, the work is intensely seasonal. There is almost nothing to go around in winter. In summer, women can find something nearly every day.

Badalova said the employers tend to be honest.

“Sometimes, they feel sorry for you and overpay by 5-10 somoni. They provide breakfast, lunch and supper. If we are doing work in the field, they give us a kilogram of the fruit and vegetables that we have been picking,” she said.

Another woman, who asked to be called Nasiba, talked about how she has ceased for many years to make any distinction between male and female labor.

There was a time when Nasiba worked as a dishwasher at a canteen in Bokhtar. But then her sister fell ill, so she had to take time off to care for her. Once the sister got better, the job was gone. Somebody else had been hired.

“One time, when there was no work going around, they offered us a job building a cowshed. It was 50 somoni for a day. So, a bunch of us women went to work, just as a man would have. We built that shed in three days and got our money,” she said.

In 2018, Tajikistan’s Labor, Migration and Social Protection Ministry acknowledged the existence of around 51,500 unemployed people. The number is necessarily incomplete since it only reflects those people that have gone through the formalities of registering themselves as jobless.

But the figure also reflects a clear unwillingness by the government to recognize the scale of the problem. Indeed, on the contrary, officials meddle when people find their own solutions. 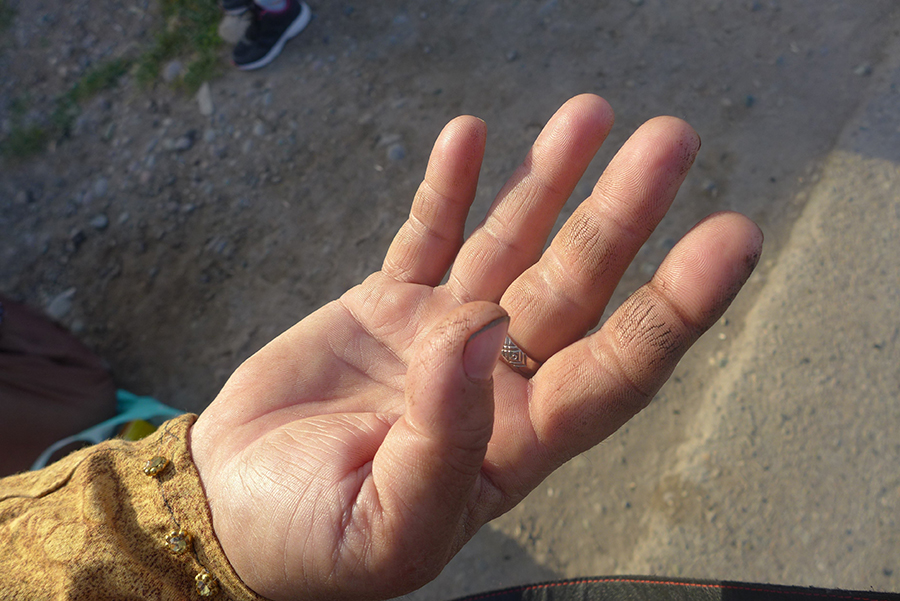 When local media reported on the female mardikor bazaar, local bureaucrats got involved.

“They told us that we were an embarrassment to [Bokhtar] and to Tajikistan, and that we should not gather here anymore,” said one mardikor who asked not to be named.

“For a few days, we don’t come out for work, but then we get together again. We need to live and bring up our children somehow. I only come to this bazaar because I have to. If the father of my children would keep up his alimony payments, I would not set foot in here,” the same laborer said.

The labor ministry has from time to time offered to set these women up with jobs, but the positions are usually poorly paid.

Badalova said she has at times got offers to work as a dishwasher, a cleaner and streetsweeper.

Badalova said she would consider a job that paid a regular 1,000 somoni.

The vicissitudes of life of the mardikor community are such that their children are often kept out of the education system. Unable to get decent schooling and qualifications, they too are likely locked into a cycle of basic subsistence.

Boboyeva said that her children have no documents and so she is having trouble enrolling them in school.

“My ex-husband did not bother to get their IDs. I had my children at home – we didn’t go to the doctor,” she said. “I don’t have the funds to deal with getting them their documents.”

Nasiba’s daughter is 16 now and will finish school in a couple of years. Since the option of pursuing further studies is remote in the extreme, she will in all likelihood soon be given away in marriage.

“She is growing up without a father. We don’t have our own home. We just live where we can. The future of her education is just not something I can think about,” Nasiba said.