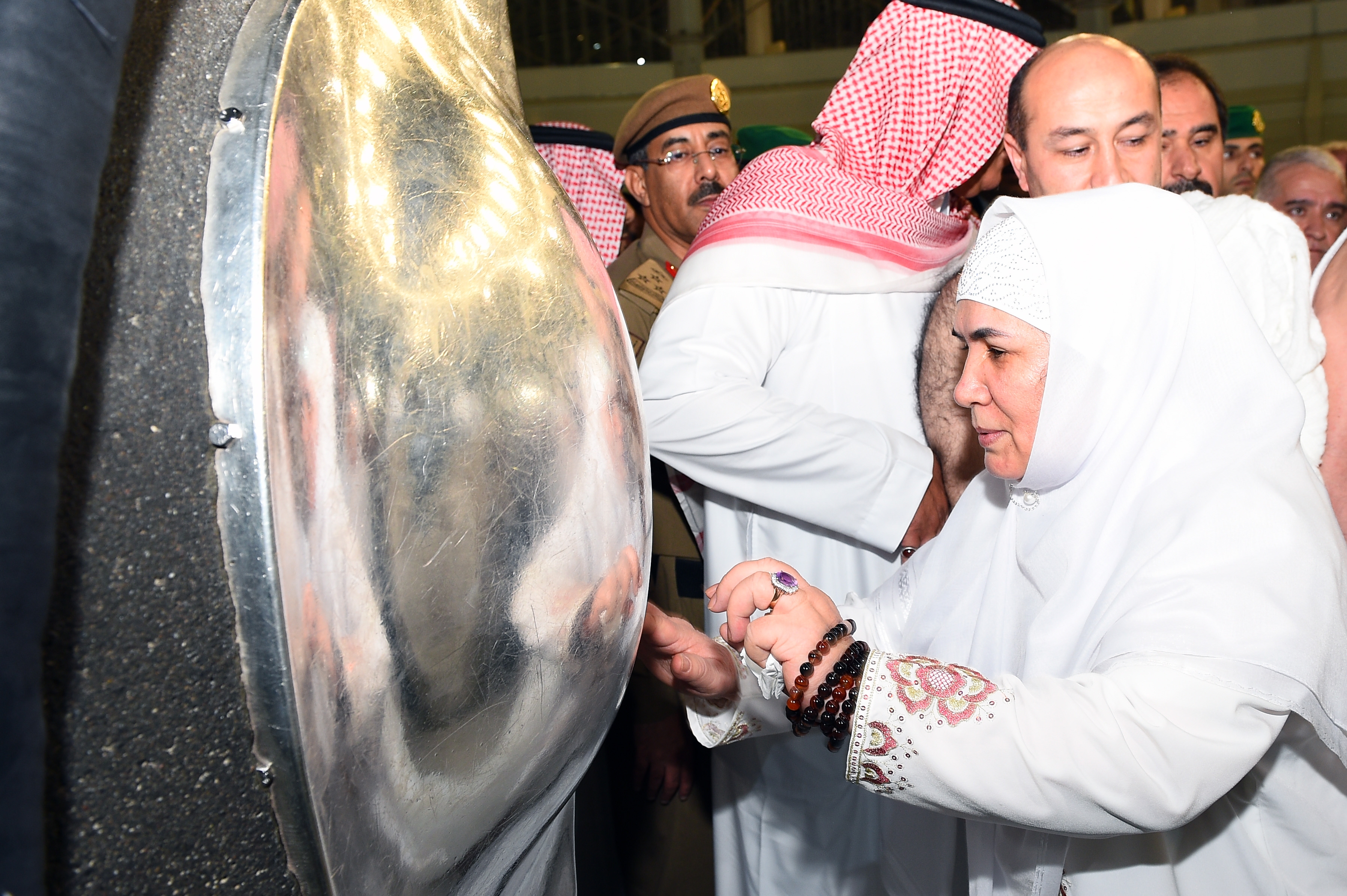 Azizamo Asadullayeva seen during a visit to Mecca, in Saudi Arabia, on January 4, 2016.

While never passing on an opportunity to bash strict Muslims, Tajikistan’s leaders are trying to have their cake and eat it by casting themselves as pious upholders of the faith.

The latest wheeze about to descend upon the Tajik public is a suggestion to endow President Emomali Rahmon’s little-seen wife with the title of “Leader of Muslim Women in Tajikistan.”

That proposal is the brainchild of Abdullo Muhakkik, a religious commentator best known for his broadsides against Salafist movements, who expanded on the idea in a January 19 editorial carried by state news agency Khovar. The idea may be exotic, but its appearance in Khovar makes it more than likely it will come to pass.

Underpinning Azizamo Asadullayeva’s claim to this newly devised titled is the fact that she has become, according to Muhakkik, the first woman from Central Asia ever to enter the Kabaa, the building at the center of Mecca’s most sacred mosque. Asadullayeva was part of the large delegation, headed by Rahmon, that visited Saudi Arabia earlier this month.

“Until now, dozens of Tajik women have performed the hajj, but have not been inside the Kabaa,” Muhakkik noted admiringly.

Muhakkik said this historic event should serve as example to Tajik women, and that Asadullayeva should stand as a role model for the devout.

The Saudi caretakers of Mecca purportedly bestow this honor on a select few, although they have been especially generous with their Tajik guests. Even one of Rahmon’s daughters, Ozoda Emomali, got to pop into the Kabaa.

“It is so lovely that the wife and daughter of the president, who live in a democratic society, have become Hajjis,” the Islamic authority Muhakkik wrote. This point is in fact inaccurate as what the Rahmon performed was the Umrah, as the pilgrimage is known when not carried out during the period devoted to the Hajj.

“It is to the joy of Tajiks that sister Azizmo was raised on Tajik soil. She is the pride of Tajik women,” Muhakkik wrote.

The would-be expert has said he plans to write a book about Asadullayeva in recognition of her unprecedented trip inside Mecca.

Asadullayeva is a curious choice of role model since she is so rarely seen in public. In 2014, she accompanied Rahmon on a trip to Malaysia, and in September that same year she was spotted at a banquet dinner for the visiting Chinese leader Xi Jinping.

The sudden surge in piousness among Tajikistan’s elite is striking and more than a little hypocritical.

Only last week, authorities decided that citizens under the age of 40 would no longer be permitted to perform the hajj. This is only one strand in a sustained onslaught against the freedom of Muslims in Tajikistan to openly practice their religion as they choose.

This week, Radio Free Europe/Radio Liberty’s Tajik service, Radio Ozodi, reported from the Khatlon province about a local police chief boasting of his achievements in combating overt displays of Islamic behavior. Ozodi cited Khatlon region police official Bahrom Sharifzoda as saying that in 2015, 1,773 women were compelled to cast off their hijabs, while 12,813 men were made to trim their beards. (In case there is any confusion about what a hijab looks like, the photo accompanying this piece features one being worn by Asadullayeva).

And that wasn’t all.

“We also detained 89 prostitutes that were wearing hijabs,” Sharifzoda said.