We traveled to Isfara, in Tajikistan’s north, where masters are training new generations in the craft. Tajik craftsman and teacher Nurmatov Mamurjon shows his youngest pupil — and grandson — Nuritdin how to carve wood. (All photos by Nozim Kalandarov) Students work in the studio of Lyceum No. 9. Mamurjon (left) selects a piece of wood with his students. At eight years old, Nuritdin is the youngest student. A master carves a geometric pattern on the wood. Geometric grooves in the wood.
prev
next

For more than a millennium, craftsmen in Central Asia have been carving wood. In Tajikistan, these artisans are known as kandakori.

With chisels, gouges, rasps and mallets, craftsmen fashion logs of pine, walnut, apricot, plane and apple trees into tombstones, bookstands, latticework, pencil cases, molding for traditional short-legged tables and any number of other items. The most ambitious application of the craft is when large pieces are shaped into finely worked columns and beams for mosques and the homes of the well-off.

Eurasianet recently traveled to the town of Isfara, in Tajikistan’s north, to visit a studio at the state-run Lyceum No. 9, where masters are handing their skills to younger generations. Apprentices begin their training from the age of 14 or 15 and, in Isfara, work with pine. Around 15 people learn to work with wood at any given time. Other classes in the vocational lyceum are devoted to trades like plumbing, welding and weaving.

Tajik peoples have carved wood since well before the Arab invasions of the 7th and 8th centuries. With time, ornamental geometric patterns and floral designs displaced representative images. 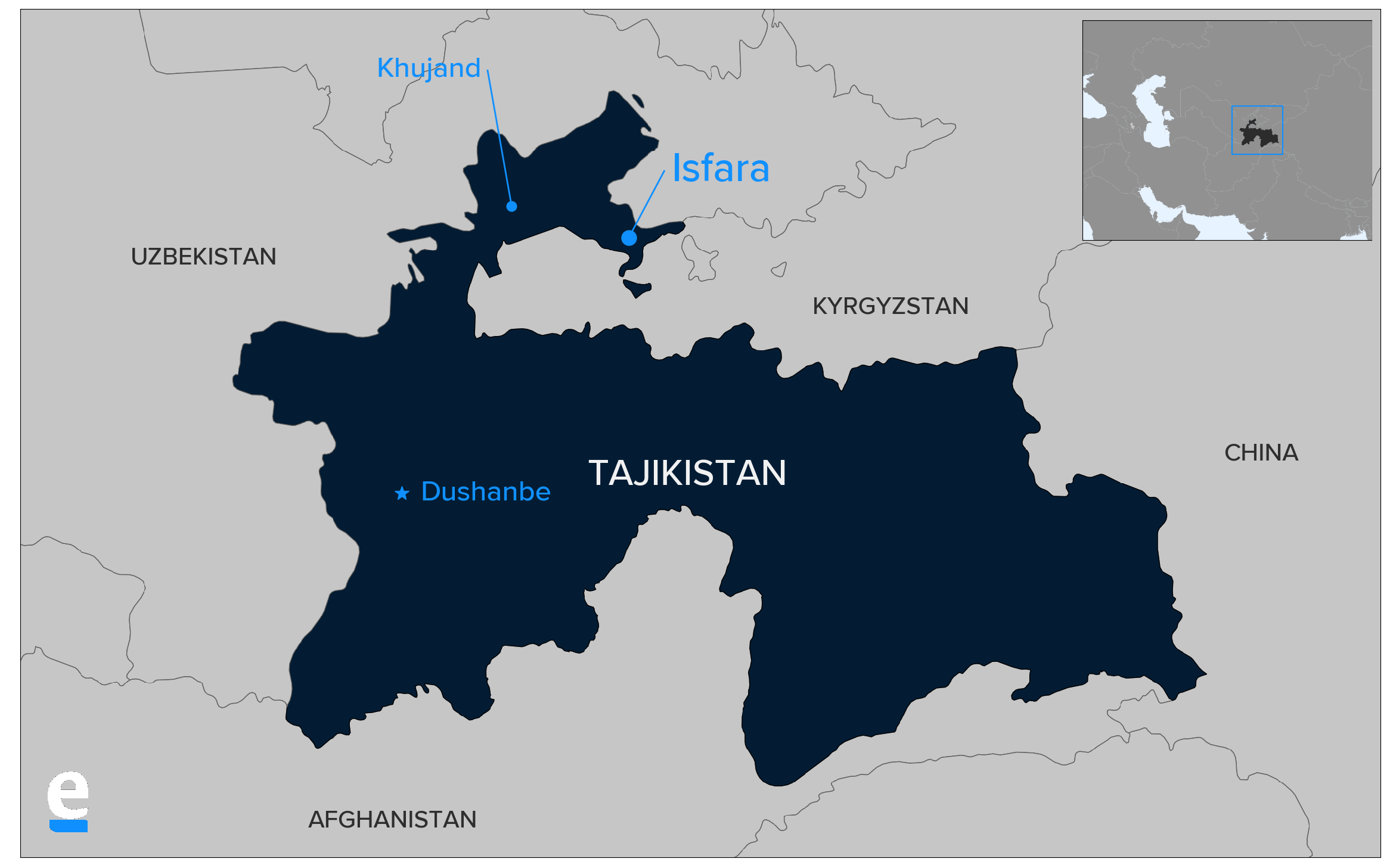 As for Isfara, the craft has been around for 1,100 years at least. Styles in the town are distinguished for their complexity and distinctive motifs. The most commonly encountered in northern Tajikistan is the flat-relief bagdadi carving style, which typically consists of a series of simple geometric patterns. It is most commonly deployed for door paneling, details of tables, and wooden chests. The technique usually begins with the craftsman tracing the outline onto the wood and then reproducing the shape on the raw material.

There are two strands prevalent in Tajik woodcarving – one leans toward a simpler folk custom, but there is a more professional, mass production-focused approach. Both seek to draw on centuries-old decorative traditions.