Odinayev had called for a demonstration to protest against price rises. 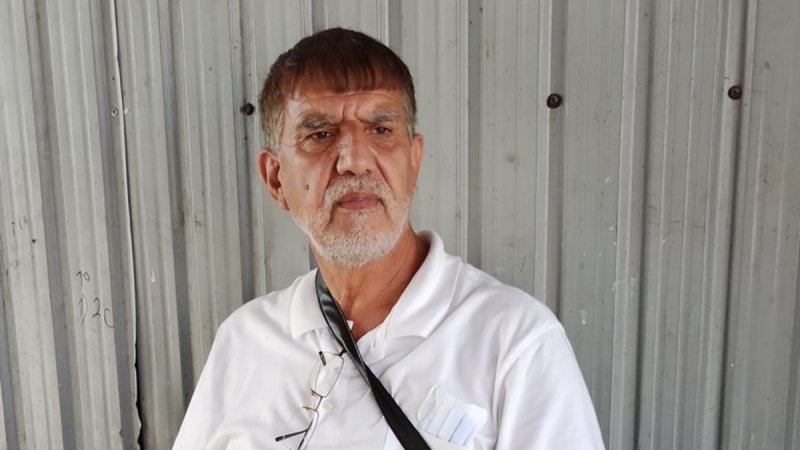 The deputy head of Tajikistan’s only legally permitted opposition party has been detained by the police on hooliganism charges, just weeks after he called for demonstrations to complain about the soaring price for basic food staples.

Khovar state news agency has reported that the detention of Mahmurod Odinayev of the Social Democratic Party, or SDPT, occurred on December 5 following a police sweep in the Sino district, which is located on the edge of the capital, Dushanbe.

Odinayev appears to have gone missing much earlier, around November 21, however, according to accounts from foreign-based opposition-aligned media outlets. The politician had formulated a public petition addressed to the Dushanbe city council to hold a picket on November 16.

That rally was intended to reflect public sentiment about the recent steep rise in cost for many staple goods. Shoppers have reported 30 percent increases in the cost of basic items like flour and sugar. Tajikistan’s reliance on imports for its food needs has made it especially susceptible to sharp inflationary pressures as the local currency, the somoni, has tumbled against the dollar.

Odinayev also intended to use the rally as an opportunity to speak about the plight of migrant laborers in Russia and the parlous state of the country’s healthcare system.

“We must solve the problems of the people. Perhaps in the future it will be too late, but then the people will not forgive us,” he said in a Facebook post informing Dushanbe authorities of his intentions.

Rallies are all but unheard of in today’s Tajikistan. President Emomali Rahmon’s regime wields absolute power and brooks no dissent, even the kind of mild criticism formulated by the likes of the SDPT – a party with a minuscule following and negligible resources.

Other opposition forces, like the Islamic Renaissance Party of Tajikistan, have long been crushed. Most of that party’s top leadership was imprisoned in 2015 and hundreds if not thousands of its supporters have fled into exile.

The way in which the COVID-19 pandemic has worsened Tajikistan’s long-standing economic crisis has made the authorities even more wary than usual about the possible surfacing of discontent, however. While countless citizens are having to cope with shrinking access to food, the return of rolling power outages and rising unemployment, none are permitted to speak about these problems openly.

The official motivation provided for arresting Odinayev is that he purportedly disrupted the peace and was abusive to military officials who were attempting to summon his son, Khabibullo, for mandatory military service. The state news agency says Odinayev had refused to abide by repeated prosecutorial summons to address questions about that incident and that he subsequently sought to hide from the authorities.

In an interview with Asia-Plus newspaper, SDPT chairman Rakhmatillo Zoirov said he was contacted by Odinayev one day before the reported arrest.

“He told me that he was being persecuted for his convictions and that he was forced to flee when law enforcement officials came looking for him,” Zoirov said.

Odinayev does not currently have legal representation, but Zoirov said the party is now looking to hire a lawyer to take up the case.