Critics are exasperated by the government’s passivity, warning that the reforms needed for Tajikistan to weather this moment should have been adopted “the day before yesterday.” 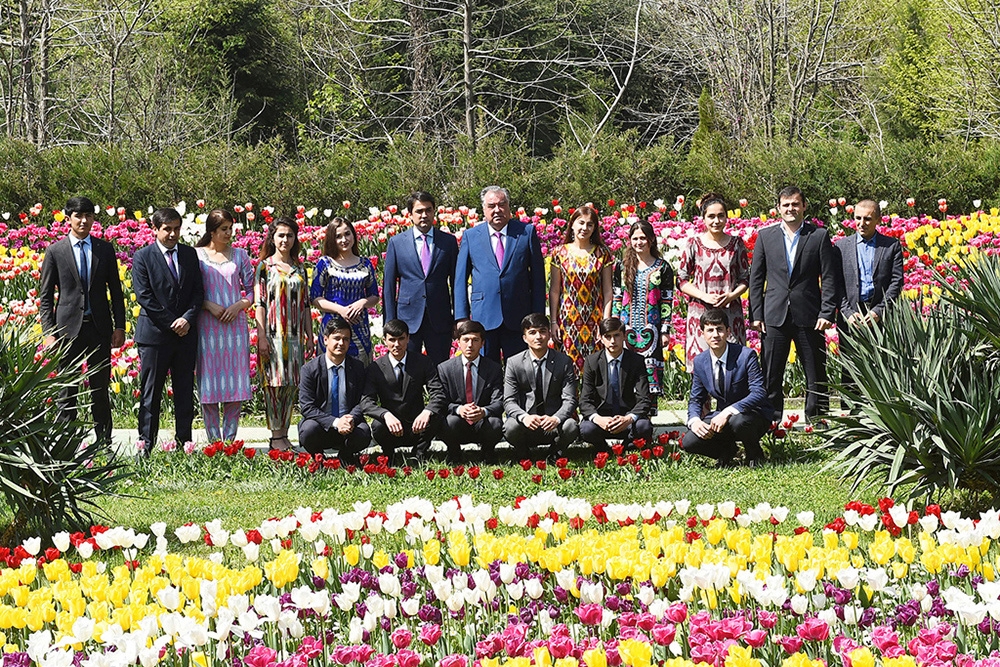 While serious cracks begin to appear in Tajikistan’s blanket denials that coronavirus has arrived in the country, the struggling business community is already counting the losses the global pandemic has caused.

Critics of the government have grown increasingly exasperated by the passivity, and even indifference, evinced by President Emomali Rahmon’s regime, warning that the reforms needed for Tajikistan to weather this moment should have been adopted “the day before yesterday.”

Although as of April 6, the authorities continued to insist that it had registered no cases of coronavirus, much anxiety has been sown by developments at a hospital in the Jabbor Rasulov District, in the northern Sughd province. Over the weekend, officials placed the hospital under quarantine after the death of a 60-year-old man who was being treated for pneumonia.

RFE/RL’s Tajik service, Radio Ozodi, reported that the man had recently returned from a wedding in Kyrgyzstan, where the epidemic has reached new levels of intensity with 69 new cases being detected in a 48-hour period. The U.S.-funded broadcaster, which is one of only a couple or so locally based outlets to have questioned the government’s preparations for coronavirus, said 11 health workers at the same hospital have developed fevers and been taken for treatment at an infectious diseases hospital in the nearby city of Khujand.

The Tajik government’s case for business-as-usual was given support from an unexpected quarter last week, when the country representative for the World Health Organization, Galina Perfilyeva, gave Tajikistan the all-clear.

"According to official statistics, which we can confirm, as we work closely with the laboratory that does [polymerase chain reaction] testing, there is not a single positive registered case of COVID-19 in Tajikistan," she said in an interview on April 1.

Perfilyeva said suspected COVID-19 carriers in February underwent tests that were then sent for verification to Russia and that these returned negative results. More test kits have been supplied by Russia, China and Germany, she said.

While injecting that note of reassurance, Perfilyeva did advise, in line with WHO guidance, that the public be more rigorous in adopting preventative measures, such as careful handwashing and maintain social distance.

Officials will point to some drastic measures in helping keep the virus at bay. All commercial flights were suspended on March 20. The border with China has been closed since January 24. Entry from Iran was halted on February 23. Traffic to and from Kyrgyzstan was suspended only later, however, on March 24.

Authorities appear to have concluded that was enough to preclude the need for a total shutdown. Schools are still open and people are going to work as normal.

Supporters of the government on social media, many of whom are widely suspected to be paid operatives of a state-supported troll farm called the “factory of answers,” have derided what they dub as panic-mongers.

“Some people simply cannot bear the fact that there is no coronavirus in Tajikistan. And this is while people all over the world, including those where we see the pandemic unfolding, would dream to live in such a heaven as this,” wrote one Facebook user called Aliyorjoni Somon.

That notwithstanding, local television has begun carrying spots relaying WHO advice about how to prevent the spread of infections. Posters around Dushanbe warn the public against shaking hands.

Even if Tajikistan were to dodge the health crisis – and there is confidence that it will – the business community is already reckoning with its own existential predicaments.

Dilshod Jurayev, the general director of Dushanbe-based 55 Group, has said his company’s tourism business is completely paralyzed. Foot traffic at the restaurants and swimming pools owned by his company have also dropped dramatically as people try to avoid going out in public wherever possible.

The blow to tourism will be felt especially hard. Simplification of the visa regime had produced a degree of returns to an industry that provides direct financial opportunities to communities and small business owners. According to the state tourism committee, 1.9 million tourists visited Tajikistan in 2019, which was 21.5 percent more than in 2018.

There is no real political opposition force inside the country, as all critics of the government have been either jailed or forced to flee into exile. This means that detractors of the official response to coronavirus have been spreading their message from abroad. One such person is Suhrob Zafar, a representative of the banned Group 24 movement, who has appealed to the public to help one another and call the government to account.

“[People] should demand that the government declare a state of emergency and that they return the money that they have been stealing for the past 30 years to provide support to all the unemployed people that there are today in Tajikistan,” Zafar said recently on his YouTube channel, which he uses to give brief, daily Tajik-language updates on the pandemic.

Another exiled opposition figure, Muhiddin Kabiri, the leader of the Islamic Renaissance Party of Tajikistan, or IRPT, has likewise written articles warning about the health hazard and why it is important to prepare the country for the economic fallout. But Kabiri, a former lawmaker who was forced into exile in 2015, the year his party was designated an extremist organization, said past experience suggested the government was not up to the challenge.

“At the peak of the international financial crisis in 2008, I put a question in parliament to Finance Minister Safarali Nadjmiddinov about what measures were being taken to minimize the impact of the crisis on our economy,” he wrote on March 30. “He said that … most likely we would not feel the crisis at all.”

This time around, Tajikistan has done little more than update a previously existing economic roadmap. And some help has arrived from abroad. The Economic Development and Trade Ministry said on March 20 that the World Bank has pledged to provide $11.3 million toward insulating against external economic shocks. Germany has donated 1 million euros through its state development bank to fund the purchase of personal protective equipment for frontline medical workers.

Kabiri lamented that the government would likely be forced to paper over financial shortfalls by raising more foreign debt and squeezing the population for more cash through fines.

“The first will only bring the country closer to default, and the second will sharpen protest moods,” he said.

One alternative, said Kabiri, would be to copy the model being applied by many governments around the world, and in the region, by declaring a moratorium on audits of businesses for a three-year period and granting tax breaks and concessionary loans to businesses in need.

Parviz Mullojanov, a political analyst, was a little gloomier, opining that the reforms the government needed to pursue to proof it against future turbulence should have been adopted “the day before yesterday.”

“Everything depends on how long the lockdown lasts in Russia,” Mullojanov said, referring to a country where hundreds of thousands of hard-up Tajiks earn their living. “If within two months the migrants return to work, then things will regenerate. But if it goes on any longer, it will be a bad sign for the government.”