There is a yawning chasm between the faint alarmism being telegraphed by President Emomali Rahmon’s government and the realities on the ground. 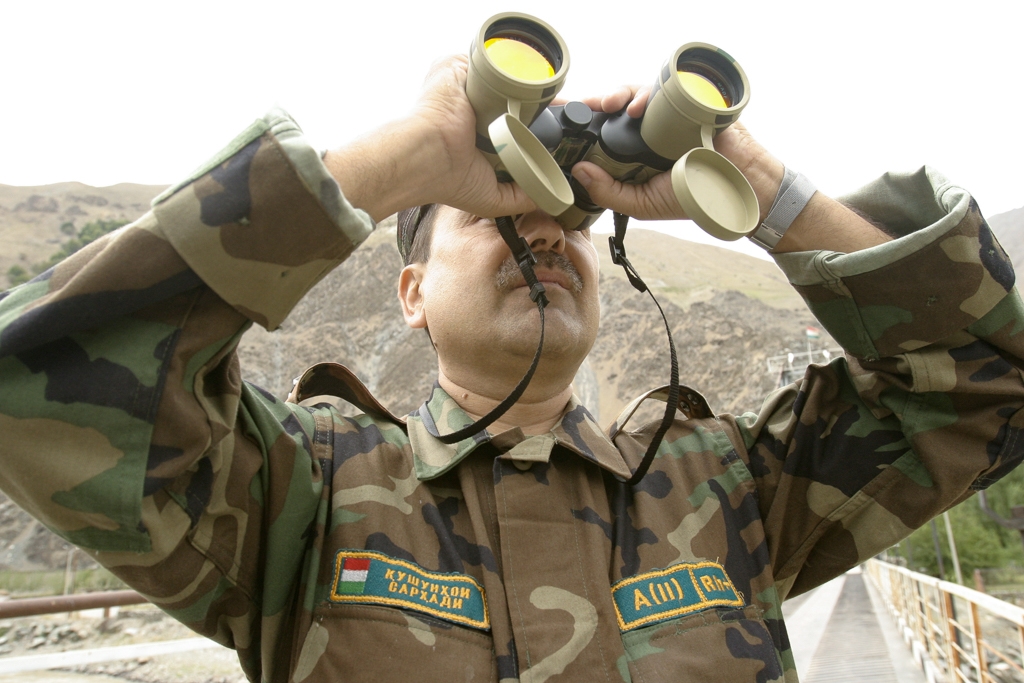 Scanning the view of Afghanistan from Tajikistan across the Panj River reveals small visual clues about the Taliban’s newly won dominance over the area.

In each hamlet along the river, the militant group has hoisted the white flag that has become their identifying standard. Fighters have avoided commandeering the homes of local residents and have instead pitched white tents, also visible from a distance.

They are a literal stone’s throw away from Tajikistan, but people in the Pamir Mountains, a region that shares hundreds of kilometers of border with Afghanistan, show no sign of being perturbed.

“We are mountain people. We have no fear in our DNA. We can rely only on ourselves. We are not afraid. If the Taliban decided to come here, we would fight them back ourselves,” said Hamza, 30, a passenger in shared taxi making the trip from Tajik capital, Dushanbe, to Khorog, the administrative center of the Gorno-Badakhshan Autonomous Region, or GBAO.

There is a yawning chasm between the faint alarmism being telegraphed by President Emomali Rahmon’s government and the realities on the ground.

As the Taliban’s advances appeared to be picking up momentum last week, Dushanbe appealed to the Moscow-led Collective Security Treaty Organization for help securing the border.

“Considering the current situation in the region, as well as the fact that certain sections of the border with Afghanistan are located in remote mountainous terrain, it will be difficult to cope with this task alone,” Hasan Sultonov, Tajikistan’s representative at the CSTO, said on July 7.

More than 1,500 Afghan troops had by that point fled into Tajikistan in the face of Taliban onslaughts.

Vacationers from sticky, hot Dushanbe are not dissuaded by any of this from heading for cooler climes into the highland valleys on the border.

“We’re finding passengers quickly and getting away from Dushanbe,” said Nuqmon, a shared taxi driver. “There are few people wanting to come the other way, so we return mostly empty.”

The only difference now, says Nuqmon, is fares per passenger have gone up – from around $25 per person to $40 – but it has nothing to do with Afghanistan.

“This is due to the increase in fuel prices and the lack of customers on the way back,” he said.

For the first 400 or so kilometers, up to the Darvoz district, the roads are smooth. After that, it is off-road terrain. The next crumbling 250 kilometers of glorified mule trail to Khorog instill more alarm into travelers than any militant does.

Despite assurances from state news media of an intensified security presence on the frontier, locals have said there appear to be no more patrols of young, rifle-toting border guards than usual. The cash-strapped government’s appeals for military aid may be more an exercise in angling for bequeaths of fresh equipment and money than anything else.

The Taliban’s white flags have also been pinned to the handful of bridges connecting the two neighboring countries. There is not much traffic going across them, however. The bridge at Khorog used to open every Saturday so local people could engage in trade, but that was stopped when the COVID-19 outbreak struck. It is not known when that arrangement will resume.

Instead, the bridges have become something of a sightseeing destination as locals arrive to investigate the Taliban’s white flags, and the militants themselves, with their own eyes.

News of the situation across the border is traveling in strangely slow ways.

Komron, a resident of Khorog, told Eurasianet that the day Afghan troops fled into their town, they heard gunfire for a handful of minutes.

“After some time, we saw in the Afghan media that the territory bordering Khorog had come under Taliban control. And our media said the national [Afghan] army had retreated,” he said.

Hamza had a similar story about Ishkashim, the name shared by two small towns on either side of the Tajik-Afghan border a little further up into the mountains from Khorog.

“I was in Garm-Chashma when there was a panic about how the Taliban were supposedly coming to this area. I came out of our hotel and went to see what was happening,” he said. “They fired a few times, and after that the soldiers started crossing the bridge to us.”

These accounts of relatively cursory confrontations between Afghan troops and Taliban fighters appear to lend weight to widespread reports that government forces are simply surrendering their weapons without putting up any resistance.

On July 9, the Afghan ambassador in Dushanbe posted images to Facebook that he said showed a tent camp for refugees in the Shamsiddin Shohin district, in the southern Khatlon province. He said in a post that more than 1,000 people were in the camp. It has now emerged that these evacuees were in fact troops and possibly other government-affiliated individuals, and that they have since been sent back to Afghanistan.

Although there is no terror on the Tajik side of the border, there is creeping anxiety about what the Taliban’s rise means for Badakhshani kinfolk in Afghanistan. The militant group’s rigid adherence to a radical strand of Sunni beliefs is violently at odds with the Ismaili Shiism practiced by many Pamiris.

There is hope that the Taliban may not enforce their religious positions – for now. But the consequences of the evolving situation for women’s basic freedoms are already being felt, as Sukhrob, a 60-year-old from Khorog, learned when he called a friend in the Afghan Shughnon district.

The friend, Ali, said that while daily hardships have worsened because of a lack of food and money, the Taliban are already turning to more trivial matters, such as people’s clothing.

“Girls over seven have to wear the burka, and they cannot leave their house without a male chaperone. Girls cannot go to school, and they are being told to get married once they’re 15,” Ali told Sukhrob in a phone conversation held in Eurasianet’s presence.

The militants are already collecting property taxes from locals, as well as charging fees from the truckers still somehow making it across frontier checkpoints wrested from government control.

Contradicting the images of jubilant, welcoming villagers spread by the Taliban’s adept online propagandists, there is anecdotal evidence that the movement is enforcing its writ with familiar brutality.

“My uncle’s son was killed in front of everybody because he worked for the Afghan army, and according to the Taliban, that means he was fighting against Islam,” Ali said. “My uncle is going out of his mind. It is going to be like this for everybody now who somehow speaks positively about the government.”

This is in turn engendering ill-will among Tajik Pamiris toward fleeing Afghan troops, who they feel are doing too little to save their friends and relatives from the incipient repression.

“We are only getting troops and civil servants escaping from the Taliban here,” said Komron, the Khorog resident. “After that, they get sent to Kabul. And the poor people continue to live in misery under Taliban control.”

Tajikistan: President’s home district to get a dramatic upgrade