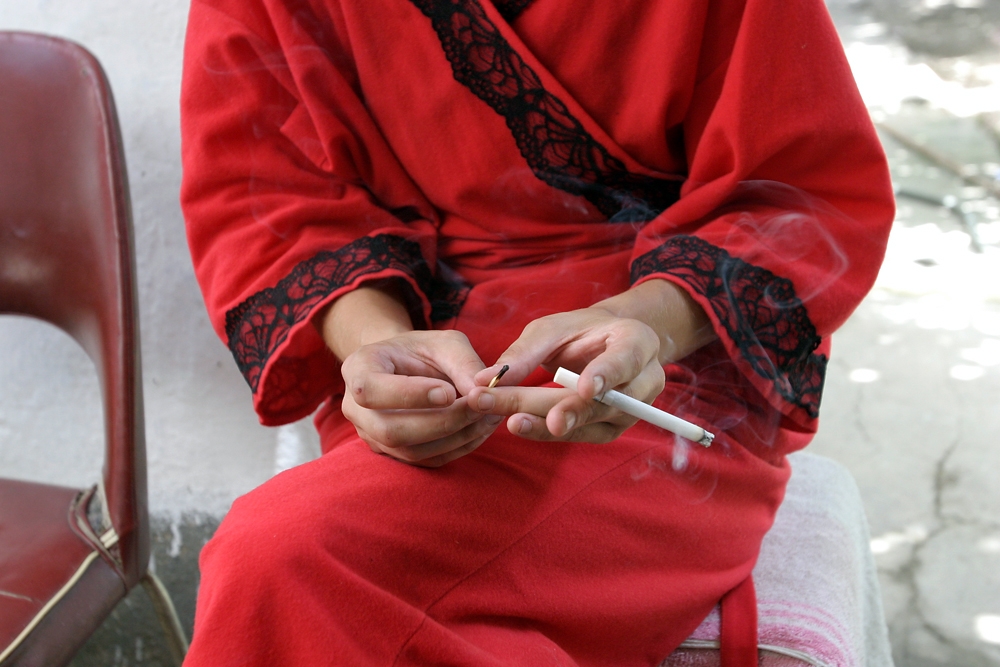 More than 500 sex workers have been detained within the first few days of a new initiative against “immoral crimes.” (Photo: David Trilling)

Tajikistan’s Interior Ministry is cracking down on prostitution, detaining over 500 sex workers during the campaign’s first few days. Activists say detainees are being subjected to blackmailing threats and beatings while in custody.

Interior Minister Ramazon Rahimzoda launched the operation in early June after publicly expressing concern about the growth of “immoral crimes,” including prostitution (an administrative offense) and human trafficking. “People who are detained for immoral crimes or have venereal diseases, their names, photos and fingerprints will be entered to a special electronic database,” the BBC’s Tajik Service quoted Rahimzoda as saying on June 5.

Sex workers who were detained had to undergo tests; the results showed 450 out of 505 detainees were carrying some sort of sexually transmitted disease (STD), the Interior Ministry said on June 12. Several dozen were fined. The ministry also said three people were detained for “homosexual conduct,” but on what grounds is unclear since homosexuality is not illegal in Tajikistan.

About 30 local and international non-governmental organizations blasted the initiative in a June 18 open letter to Rahimzoda, voicing concern that detainees were not provided access to lawyers and “faced taunts, assault and blackmail.”

Takhmina, a sex worker in Dushanbe, was held for four days. She told EurasiaNet.org that the ordeal did nothing to stop her returning to the streets. “What will they do [next]? They will bring us to the police station and beat and humiliate us and we again will go back to work, because we must survive and we need money,” explained Takhmina, 35, who became a sex worker 10 years ago after her husband abandoned her with two young children. (Takhmina provided only her first name, explaining that she was concerned about potential repercussions).

Kristina Makhnicheva of the Sex Worker’s Rights Advocacy Network contends the police themselves are breaking laws as they carry out the crackdown. “Sex workers are deprived of their rights [by being] reprimanded publicly. They endure violence from law-enforcement officers who are supposed to be working for the benefit of their communities, but are by no means examples of morality themselves,” said Makhnicheva, referring to frequent allegations that police use blackmail, rape and extortion as weapons against sex workers.

Forced HIV testing, Makhnicheva adds, is illegal under Tajik law. She fears the raids are undoing years of progress fighting STDs by driving frightened sex workers underground, where it will be more difficult for social workers to reach them. That could potentially hurt the wider community by exacerbating existing public health threats.

Interior Ministry Spokesman Jaloliddin Sadriddinov disagreed with Makhnicheva’s assertion. “This accusation is wrong because the goal of our operation is to ensure the community’s health. Their [the sex-workers’] rights were not violated. To test their health is not only for their own benefit, but also to benefit the community, because they might infect other people,” Sadriddinov told EurasiaNet.org.

The government’s Committee on Women and Family Affairs also defends the crackdown, arguing that prostitution is a growing problem. “These raids help identify who is doing what. After the raids the parents of the prostitutes are called and their daughters returned to them. There were cases when some girls changed their lifestyles and established families [after detention],” Mahbuba Azimova, a spokesperson for the Committee, told EurasiaNet.org.

The increasing visibility of sex workers does concern some residents of the Tajik capital. One shopkeeper on Rudaki Avenue in central Dushanbe, a supporter of the Interior Ministry’s campaign, said she has been alarmed by the number of working women she sees near her shop. “As a Tajik woman, they are shameful for me,” she said.

Unemployment is the main cause for the rise in prostitution, says Siroj Imomov, project coordinator at Fidorkor, an NGO that educates sex workers about the risks of HIV in Qurghanteppa, a city in southern Tajikistan. One sex worker who said she has no employment alternatives is a 21-year-old homeless orphan who works in Qurghanteppa. She would prefer to find other work, but feels caught in a cycle of poverty and homelessness, the orphan, who asked not to be identified, told EurasiaNet.org. For her, being with a client is a way to a warm bed; when she has no clients, she said she sleeps in an abandoned clay tandoor oven.

Imomov estimates about 15 to 20 percent of the women with whom his organization works are the abandoned wives of labor migrants, like Takhmina. He says that early marriage and subsequent divorces are also factors in the rise of prostitution. In 2013, 8,194 divorces were registered compared with 7,608 in 2012, according to state media reports.

For women like Takhmina, the lack of jobs means a lack of alternatives. The Committee on Women and Family Affairs says it helps sex workers find jobs. Takhmina would love to leave her current profession, but says the Committee has never offered her work. “If I had a job with a living wage to care for my daughters, I would leave this profession immediately,” she said.

Tamiris Esfandiar is the pseudonym for a Dushanbe-based journalist.