The president’s son is overseeing a campaign to limit price rises during the holy month. Bad economics makes good politics. 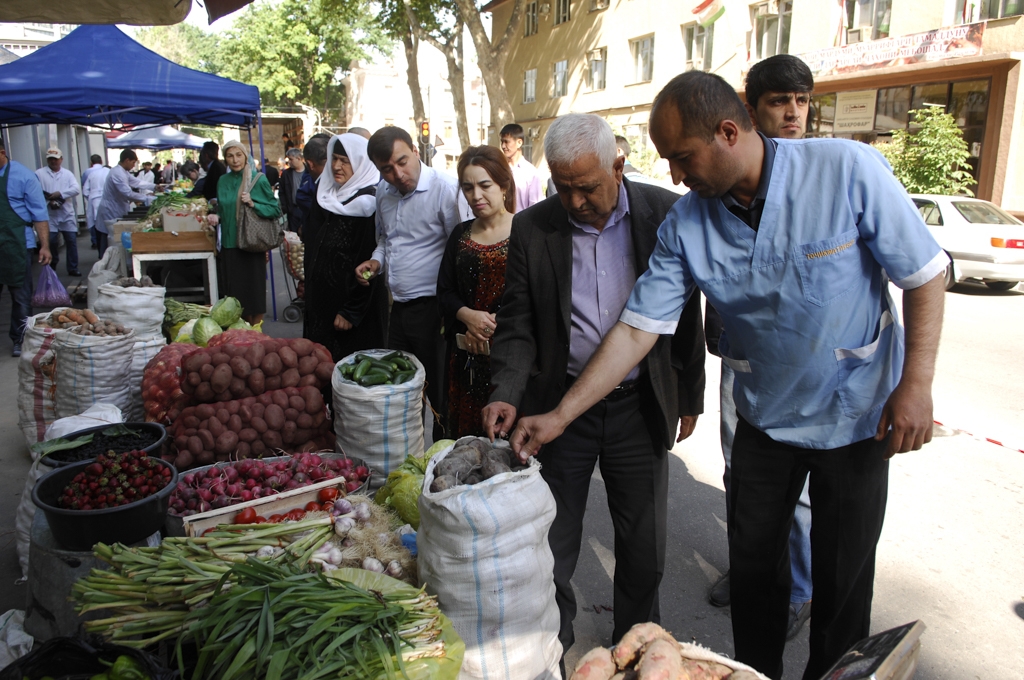 (All photos by Nozim Kalandarov)

Across swaths of the Islamic world, the holy month of Ramadan means discounts on food. In Tajikistan, prices usually go in the other direction. 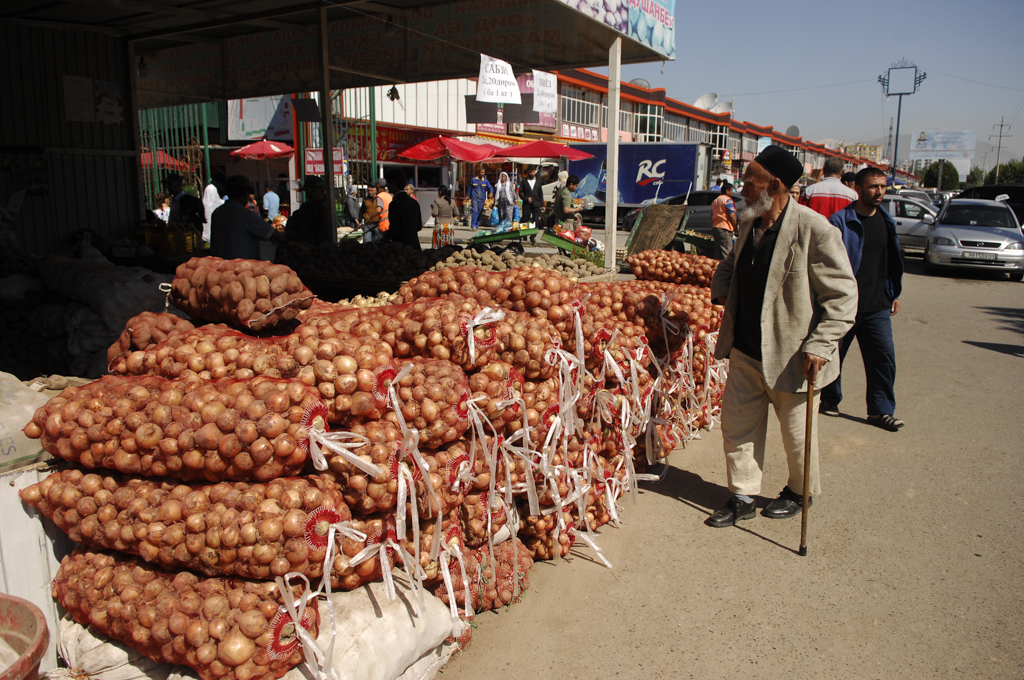 President Emomali Rahmon has tried to put his finger on the scales a little this year, quoting what he said was a hadith of the prophet Muhammad to caution against price-fixing.

“For anyone who, through their interference in the setting of prices, affects the life of Muslims … should know that on judgment day they will burn in hell,” Rahmon said in a statement to wish his fellow Tajiks a content Ramadan.

The flames of hell have proven insufficiently discouraging, however. 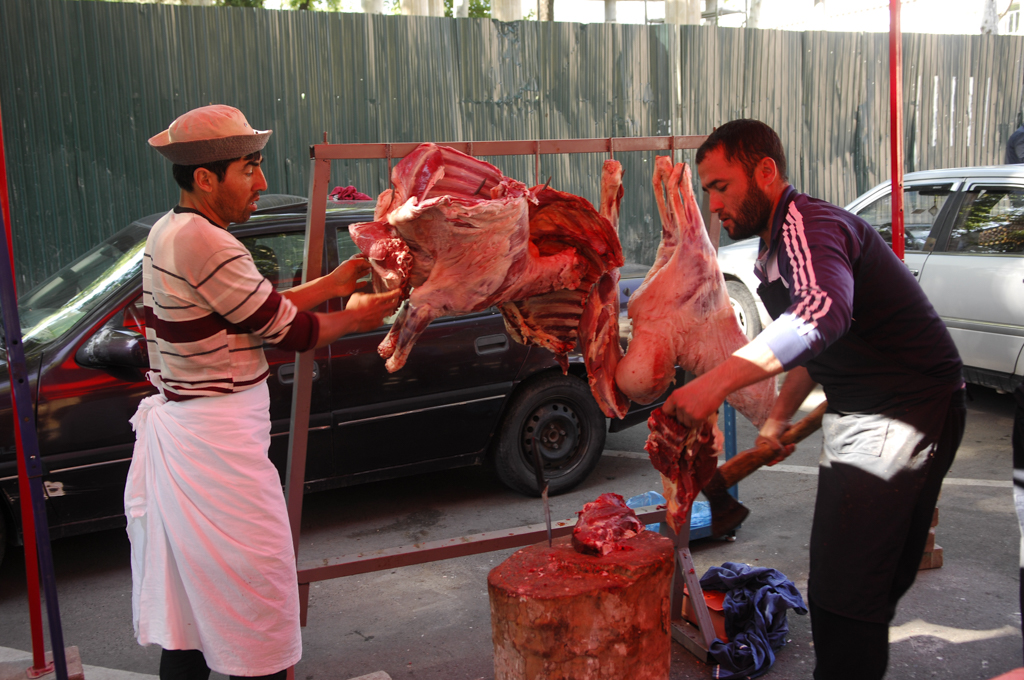 Traders at the bazaar in the capital, Dushanbe, have begun charging around 45 somoni ($4.7) for a kilo of beef instead of the 38 somoni they were asking for before the start of the holy month. A 50-kilogram bag of flour has gone up from 160 somoni to 180 somoni. A kilo of rice costs 10 somoni rather than 8 somoni. 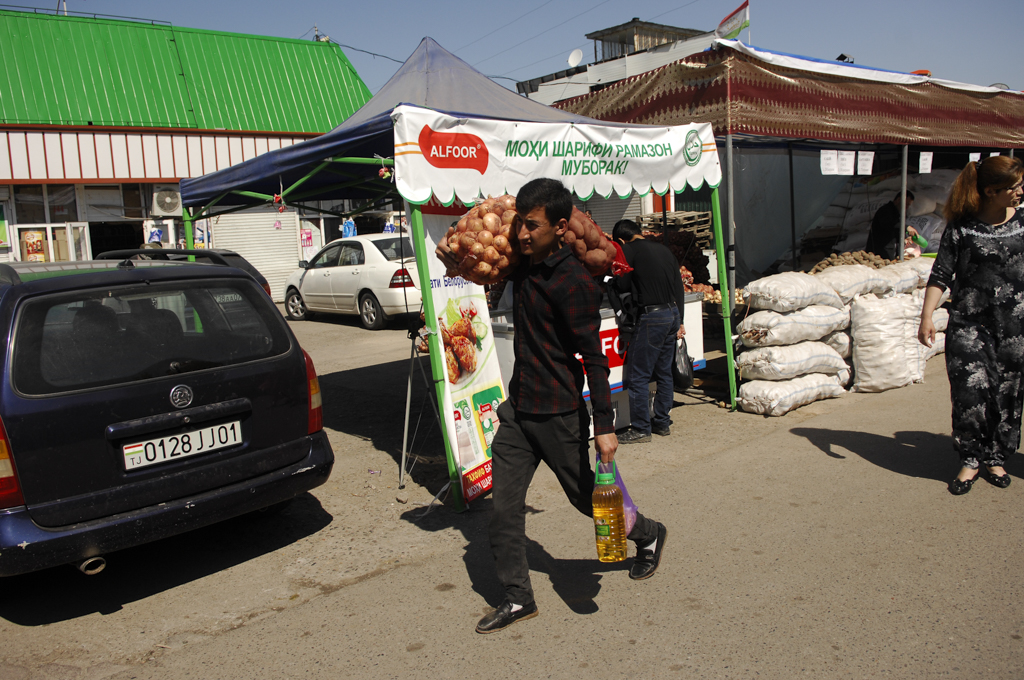 The price rises are partly a simple result of supply-and-demand. Households shop in bulk, especially before the holidays begin. Matriarchs oversee daylong exercises in cooking high-calorie meals to eat when the fast breaks.

Bazaar stallholders deny they are the ones responsible for hiking the prices, however. As Shokir Khayrulloyev, a trader at the Dehkon bazaar in Dushanbe, told Eurasianet, it is the suppliers and butchers that are the ones raising prices.

“No fruits and vegetables are produced in Dushanbe. Nobody keeps cattle at home. We just buy and resell goods,” he said. 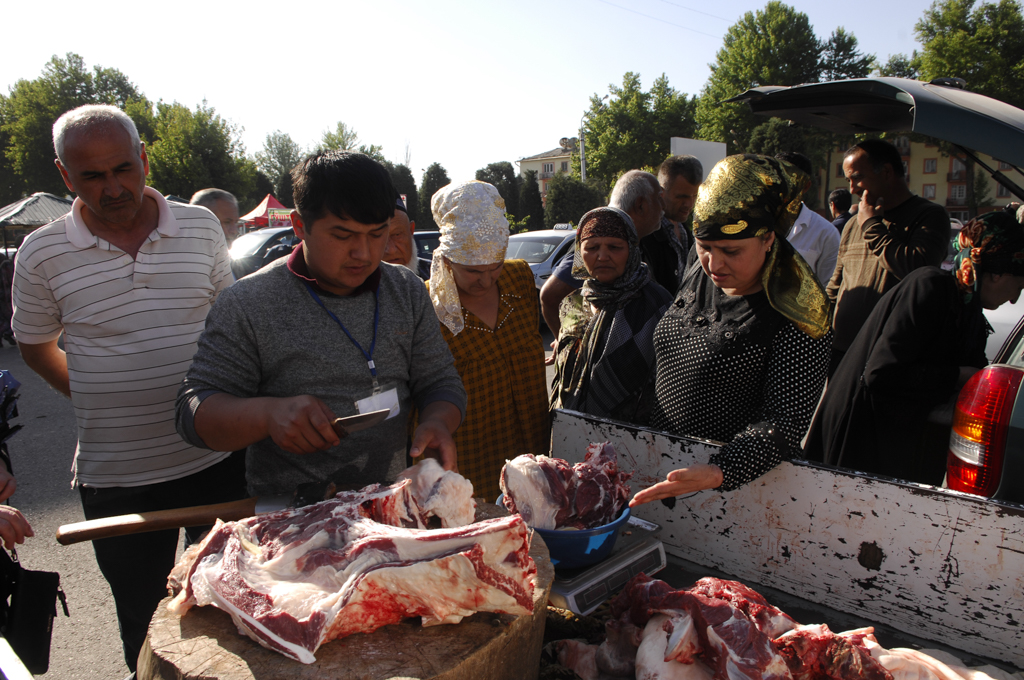 In the past, Mahmadsaid Ubaidulloyev, who served as mayor of Dushanbe, tried in vain to formally set prices at which basic staples could be traded. But that did no good either.

Bazaar merchants would circumvent the rule by selling stale meat and rotting fruit and vegetables at those rates, thereby formally adhering to the injunction.

Ubaidulloyev was replaced in 2017 by Rustam Emomali, the son of the President Rahmon. There is insistent speculation that Emomali is being primed to take over the whole country and that his stint as Dushanbe mayor is preparation for a bigger job. The seasonal wave of grumbling about price rises is a test Emomali appears intent to ride out with populist handouts. 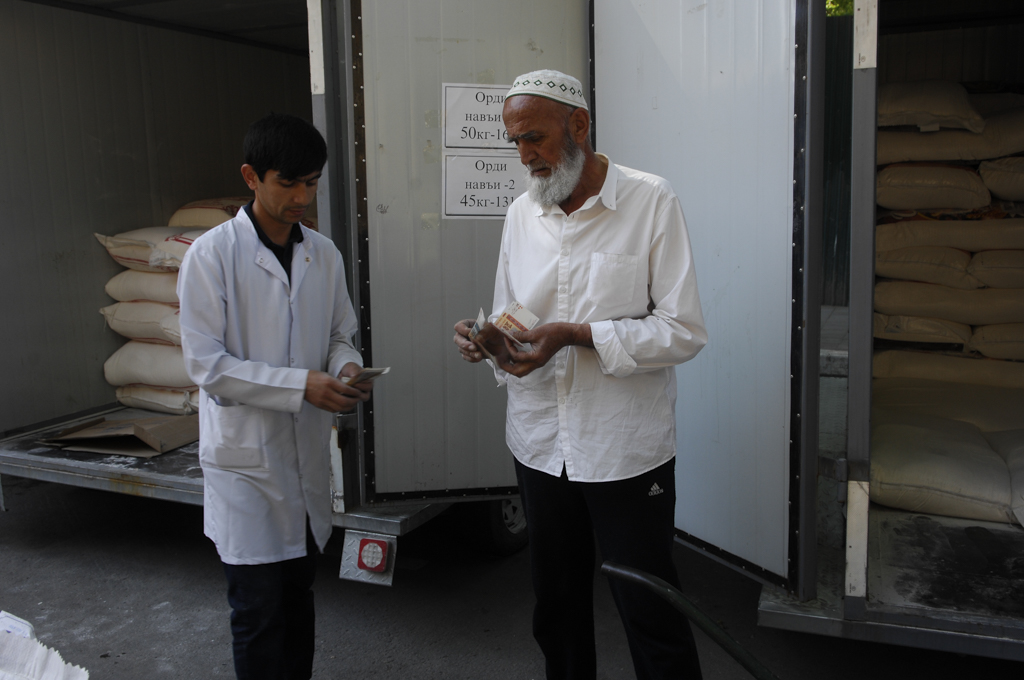 This year, the Dushanbe city authorities have decided to put on food fairs, where everything is sold at standard prices. The fairs began operating in four districts of the capital on May 4 and will continue to do so throughout the month of Ramadan.

The prices per kilogram are certainly appealing. Cherries go for 12 somoni, carrots for 2.30 somoni, onions sell at 2.20 somoni and potatoes are 4 somoni.

Meat sellers at the fairs are not quite so strict as their bazaar counterparts in rationing out the amounts they sell to individual buyers. 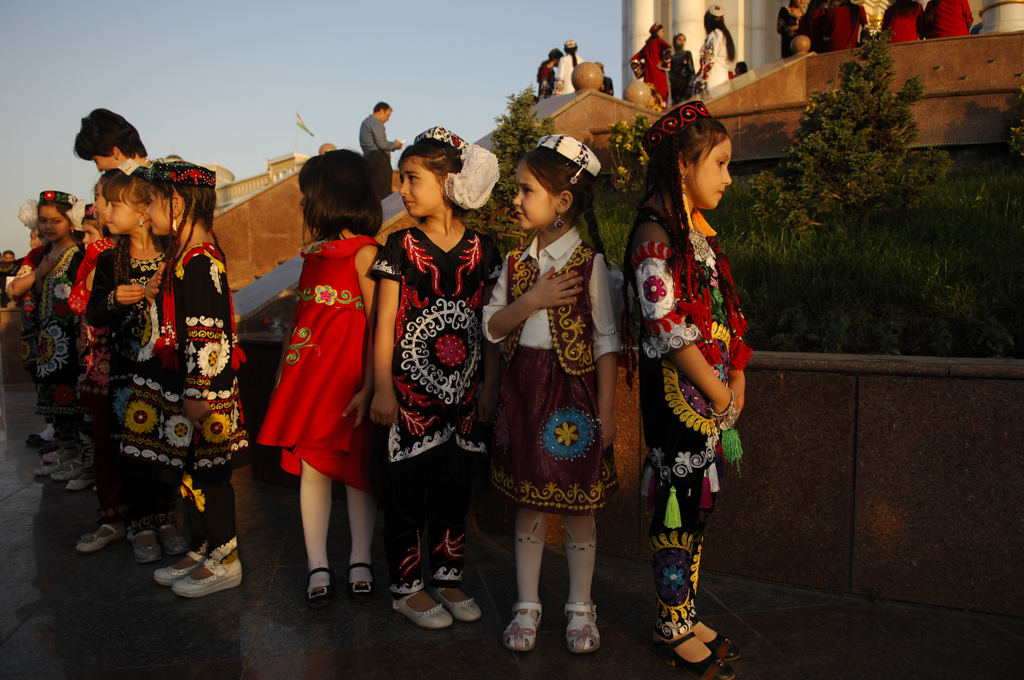 “It is more convenient for me to do my shopping near home, but prices there have soared. At the fair, there are the same prices as before,” one woman, Dilrabo Amini, told Eurasianet.

Another shopper, Marhabo Gaybulloyeva, brought her car to load up.

“I will buy everything at good prices today, and I hope I won’t have to worry about prices at the bazaar for at least another half-month,” Gaybulloyeva said. “Because we can expect another price rise during the Ramadan holidays.

Nozim Kalandarov is a photographer based in Dushanbe, Tajikistan. Sign up for Eurasianet's free weekly newsletter.